Aron Gadson’s life started full of promise, only for it to get derailed over time. The latest episode of VH1’s ‘My True Crime Story’ focuses on Aron’s early life and the decisions that landed him in prison for over a decade. However, he chose not to let that define him, turning things around in a big way the second he gained his freedom. So, if you want to know more about Aron’s inspirational story and where he might be today, we’ve got you covered.

Who is Aron Gadson?

Aron Gadson grew up in Harlem, New York, and was a gifted child. He always wanted to please his mother, and initially, his grades were excellent. Aron talked about how he even made the honor roll during school. However, over time, it became clear that his family needed more than just good grades; money was the more immediate need. Eventually, Aron began selling cocaine to make some quick cash.

On the show, Aron talked about making millions in profits by selling several kilos of cocaine over time. He had expensive cars and watches and felt that his system was invisible. However, in reality, it wasn’t. Given his activities, Aron showed up on the authorities’ radar and they began surveilling him with the hopes of making an arrest. Little by little, they built a case against Aron, with several witnesses providing information against him.

One witness recalled seeing Aron provide about 18 kilos of cocaine to another person. This witness also told the police that Aron gave him a gun to provide security while Aron sold the drugs. Furthermore, the witness admitted moving about 80 kilos of Aron’s cocaine. Other witnesses also talked about similar experiences, with properties associated with Aron being used to store several kilos of cocaine. He was ultimately arrested in November 2007 in North Carolina.

Aron said that at the time, he was charged with being involved with 150 kilos of cocaine. Just days before trial, he agreed to serve 12 and half years in prison as part of a deal. Aron then decided to change his ways once he got out. Aron told MillBuzz, “My daughter is the first reason, I got a second reason, my son and I have many blessings that I need. I don’t [want] my mother to not be proud of her son, I don’t want my community to not be proud of me also, so I think it’s imperative to give the best of myself going forward.”

Where is Aron Gadson Today?

Aron was released in October 2015 and had to be under supervision for five years. During that time, he made every effort to give back to the community and got involved in several legitimate businesses. Aron also went to juvenile facilities, schools, and colleges and spoke about his life story. As a result of all of this, Aron’s supervised release terms were terminated early. 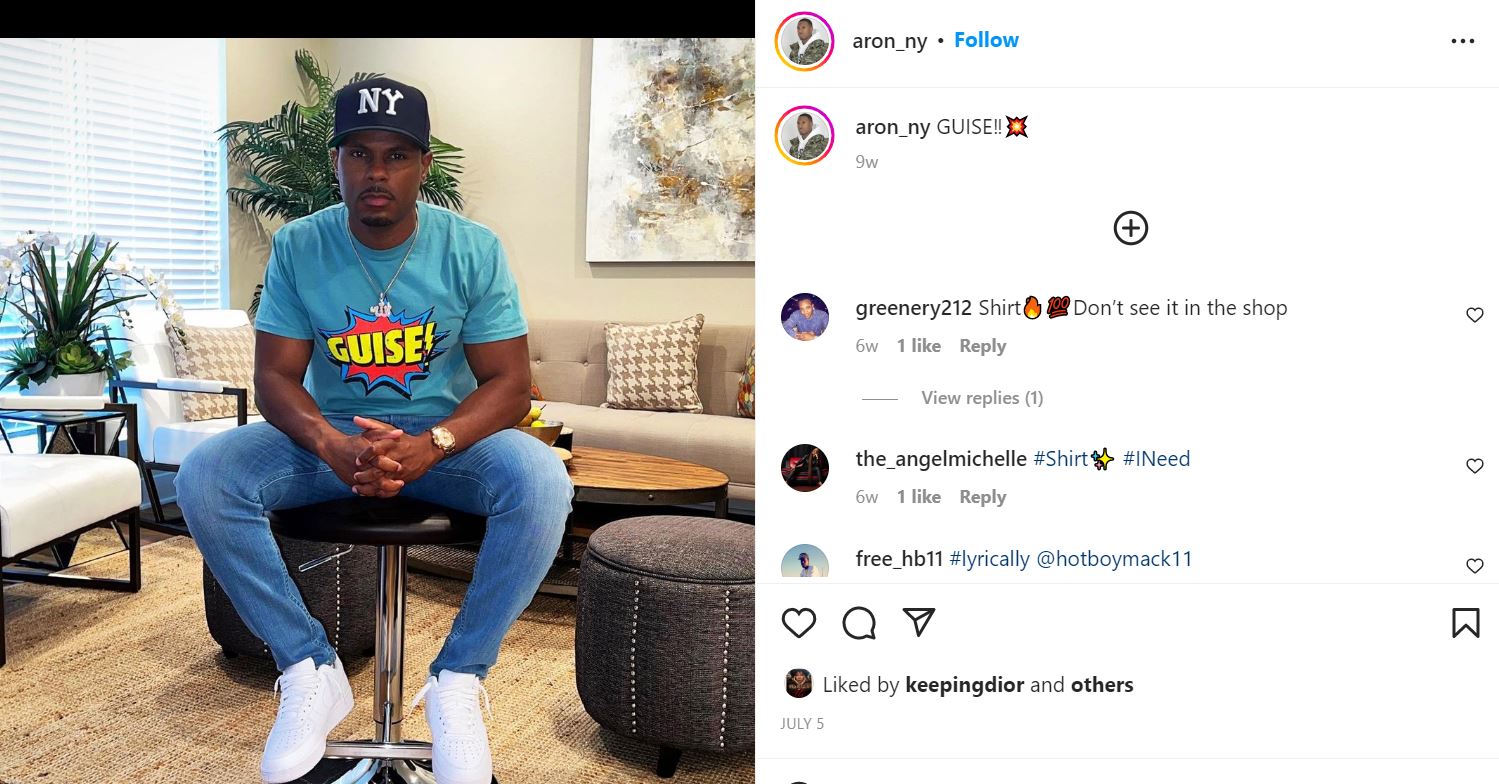 Currently, Aron lives in New York City, New York. He is an influencer and motivational speaker and owns businesses and properties. Apart from real estate, Aron invested in group homes for young men of color. He released an autobiography, ‘You Already Won,’ which details his life experiences. Regarding the book, Aron told the Woman Empowerment brand HelloTittie, “I want them to take away [my] experience, how to solve problems, what having limited resources as well as the odds being against you [feels like].

Aron added, “I want people to know that you don’t have to be in the perfect circumstances to still be a winner, so you already won was aptly named.” On the business side, he owns Guise, a successful clothing store, and is the executive producer of the show ‘What’s Love’ on YouTube.

He maintains a great relationship with his mother and children and has been grateful for all the support he received from loved ones. Aron also hoped to mentor youth and share his story apart from working with civic organizations. Apart from his successful business ventures, Aron has celebrities like ASAP Ferg and Jay Z in his circle. Despite the riches, he has always been cognizant of his past, keeping him grounded and on the right track.