Where is Framed! A Sicilian Murder Mystery Filmed? 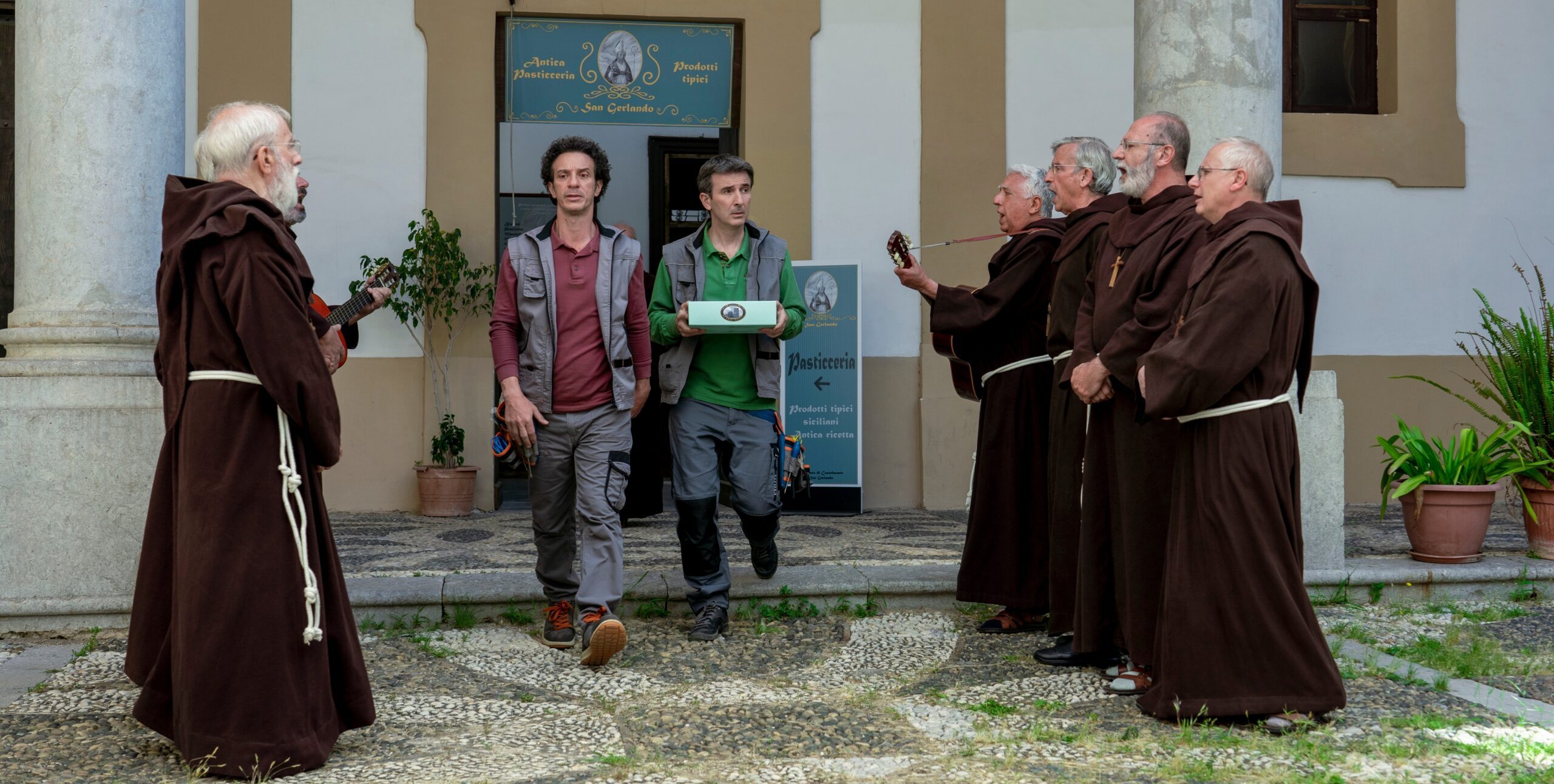 Originally titled ‘Incastrati,’ Netflix’s Italian series ‘Framed! A Sicilian Murder Mystery’ follows Valentino and Salvo, two TV technicians who arrive at a murder scene by chance. To avoid becoming suspects, they alter the crime scene, which lands them in severe trouble. Directed by Salvatore Ficarra and Valentino Picone, the comedy series progresses through the misadventures of the two technicians as they get entwined in the mystery of the murder.

Along with the intriguing murder mystery, the show features captivating landscapes, breathtaking mountains, and appealing streets. If you are curious about the locations that host the series for filming, we have got you covered!

According to reports, the principal photography of the series commenced on April 26, 2021. The first season of the show was filmed in ten weeks. The mesmerizing visuals of the series are captured by cinematographer Daniele Ciprì. As the title suggests, the show is set in Sicily. Now, let’s take a look at the specific locations in detail.

‘Framed! A Sicilian Murder Mystery’ is filmed in its entirety in Sicily, one of the 20 regions of Italy. The filming of the show chiefly takes place in Palermo, the capital city of the Italian autonomous region. Although several scenes in the inaugural installment of the show are set in Via Dante in Palermo, it is apparently not a filming site. The portion where Salvo and Valentino park their van in the first season was filmed in the nearby Via Sammartino. Via Papa Sergio I, another street in the city, also features in the show.

The scenes that feature Father Santissimo’s refuge in season 1 were filmed inside Cantieri Culturali alla Zisa, a cultural center in Palermo. The warehouses in the center are of great historical importance. Abbazia Santa Maria Del Bosco, an abbey situated in the comune of Contessa Entellina, is another remarkable location where the show is filmed. The abbey is located within the nature reserve of Monte Genuardo and Santa Maria del Bosco. The establishment was built in the medieval period and is a fine example of Sicilian architecture.

Piana degli Albanesi, a comune located on the eastern side of Mount Pizzuta, is a pivotal filming location of the show. The scenes that feature fascinating mountains in the first season were filmed in the region. San Cipirello, another picturesque comune in the Metropolitan City of Palermo, also serves as one of the shooting sites. The breathtaking Sicilian town of Sciacca, in the province of Agrigento on the southwestern coast of Sicily, also hosts the series for filming. Piazza Saverio Friscia, a public square in the Sciacca, and the port of the town can be identified in the series.