Where Is Gloria Steinem Now? 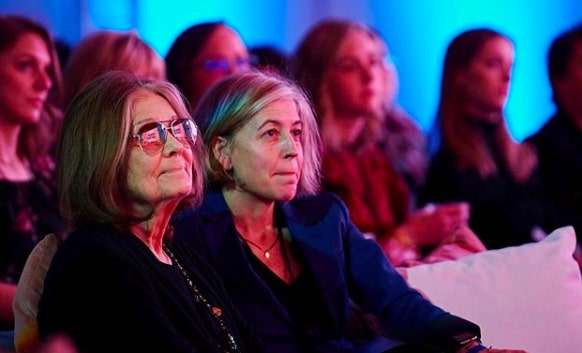 ‘Mrs. America’ on Hulu is a nine-episode long mini-series that holds a telescope into the lives and works of prominent figures like Phyllis Schlafly, and Gloria Steinem. Their dialogues and thoughts, though conflicting, played a huge role in shaping and sustaining women’s voices and opinions. The series is a fresh, humouristic, and yet insightful look into the unfolding of second-wave feminism and the mixed reception it received at a time when fundamental viewpoints regarding the lives of women were on the brink of change.

Who Is Gloria Steinem?

Gloria Steinem is a political activist, feminist organizer, and writer. She is an iconic figure in the field of feminism. She embodies each of its moments and cements it through action. She co-founded, ‘Ms. Magazine’ and was a leading contributor to ‘New York.’ She has quite the accolade of books to her name, ranging from ‘The Truth’ Will Set You Free’ to ‘As If Women Matter.’

Her involvement in the feminist movement was of utmost importance in the 1960s and 1970s, at the pinnacle of second-wave feminism that wanted to rise about mere voting rights. The emancipation of women from patriarchal duties and roles were necessary for many women to be comfortable with their identity even today. Steinem worked to actualize this through movements like the Equal Rights Amendment. The world knew they had to give her due recognition when she penned, ‘After Black Power, Women’s Liberation.’ From then on, she has been a representative of the future of feminism on a national and international level. She was briefly married to David Bale. He passed away three years later into their marriage. In 2005, she also co-founded the Women’s Media Centre to raise women’s impact and presence in media.

She has gone ahead to receive the Penney-Missouri Journalism Award, an Emmy citation, and many more such honors and awards to her credit. Influenced by Gandhi’s activism, she has spent time in India and creating awareness after observing its conflict to empower women. It is perhaps interesting to note that this is not the first time that she has been the subject of a TV series. She has featured in HBO’s ‘Gloria: In Her Own Words,’ and PBS documentary ‘Makers.’ She has also been the subject of a biography written by Carolyn Heilbrun titled, ‘The Education of a Woman.’ She has personally struggled with breast cancer and trigeminal neuralgia in the past.

Where Is Gloria Steinem Now?

Gloria Steinem’s involvement with elections and political movements is something that goes way back. However, in 2016, she received some backlash for a statement she made regarding Bernie Sanders. She has supported Hilary Clinton and her presidential campaign all throughout. The activist, who aims to make substantial reforms in transgender rights, same-sex marriage, abortion access, and women’s rights, continues to do the work for the future she envisions.

In the aftermath of Harvey Weinstein’s recent verdict for sexual misconduct and rape, Steinem voiced her feelings about it in her interview with Variety. She said: “This court victory is due to the courage of brave and diverse girls and women who have dared to tell the truth. I thank each and every one of them!”

She doesn’t have plans on retiring anytime soon. She recently supported the revival of foreign policy to alleviate the state of foreign women in the country. The movement aims to create awareness and changes to the legal US Foreign policies regarding militarism, wars, and its many challenges that are vital to be resolved.

Steinem relegates both her past and present to remember the values, concerns, and future of feminism. Her social media accounts are filled with throwback pictures and her political activism that knows no bounds. From her end, she is also raising awareness to help combat the global COVID-19 situation.

She recently went live on ‘makerswomen’ through IGTV live. Though she participated in their conference earlier this year, everyone is constrained to work with social media at the moment.

The activist who has received a Presidential Medial for freedom continues to advocate for causes she believes in with multiple organizations. The revolutionary figure’s involvement with true feminism that is extremely inclusive in its fundamental domain is a neverending project.