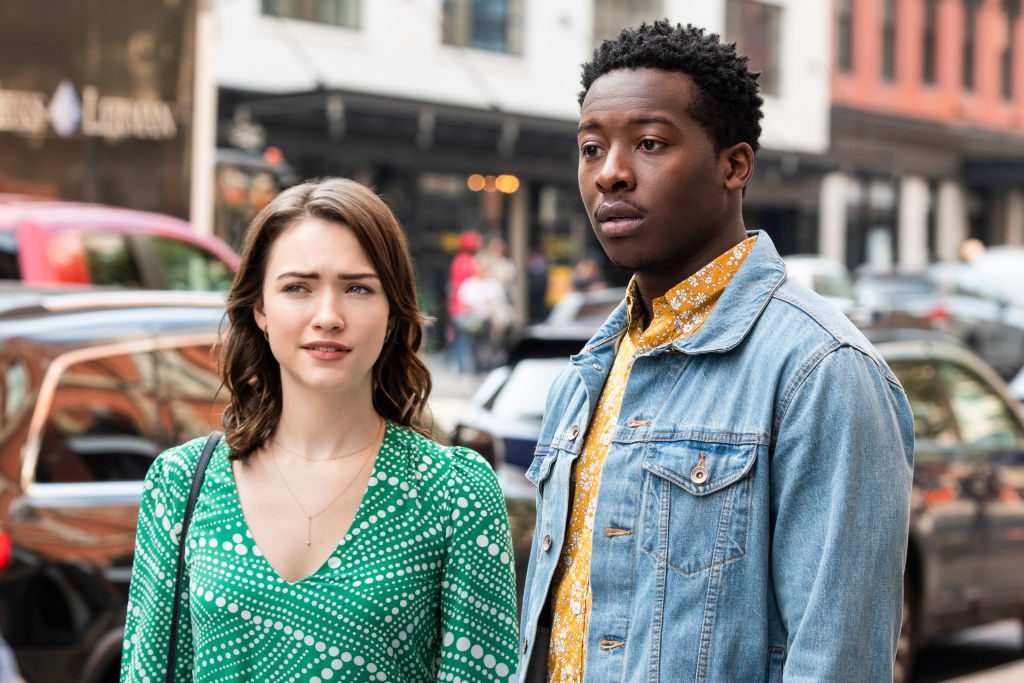 After a strong premiere in September of 2018, CBS’s new comedy drama show ‘God Friended Me’ has settled into a nice groove, with the season 2 finale due to premiere February 16, 2020. Despite the somewhat formulaic nature of the story, ‘God Friended Me’ is a classic feel good dramedy that is a refreshing change of pace from a lot of the other stuff on TV right now.

The show stars Brandon Michael Hall as Miles Finer, an unreserved atheist who runs his own podcast about his beliefs. However, one day Michael receives a Facebook request from a mysterious account with the name “God” who starts sending him suggestions for “friends” in the city. As Michael investigates, he finds that these suggested friends are all people who need his help, one way or another.

Together with struggling journalist Cara Bloom (played by ‘The Flash’ actress Violett Beane) and his hacker friend Rakesh Singh (played by ‘Life of Pi’ actor Suraj Sharma), Michael sets about helping people all over New York, while simultaneously trying to uncover the identity of the entity behind the “God” account. Amidst all this, Michael must also manage his contumacious relationship with his father, Reverend Arthur Finer, pastor of Harlem Episcopal Church.

If you were wondering where was ‘God Friended Me’ filmed, read on to find out everything we know.

The show ‘God Friended Me’ is set in New York, a city that is famously well represented in cinema and TV. The list of shows set in The Big Apple includes two of the most successful shows ever, ‘Friends’ and ‘Seinfeld’. However, while both of those shows depicted the city of New York, they were actually filmed in Los Angeles, California. This is not the case with ‘God Friended Me’, which films both on set and on location in a variety of locations across New York itself.

Season 2 of ‘God Friended Me’ also has Cara Bloom go to Paris, France, where she is later joined by Miles in episode 3 titled ‘From Paris with Love’. Large parts of the filming for the scenes set in Paris actually took place in the City of Paris as well.

Principle filming for ‘God Friended Me’ has taken place on set in Silvercup Studios in New York City, USA. The studio is located in located in Long Island City, Queens and is one of the locations where HBO’s legendary crime drama show ‘The Sopranos’ was filmed. Other popular shows filmed at Silvercup Studios include the modern day Sherlock Holmes show ‘Elementary’, Tina Fey and Alec Baldwin’s multiple Emmy winning sitcom ‘30 Rock’ and Daniel Day-Lewis’ period drama ‘Gangs of New York’.

‘God Friended Me’ also films on location across the city of New York on occasion, one of them being the diner Mike’s Place in Staten Island, New York. Other locations where the show films include the Upper West Side and Harlem in Manhattan. A fan posted this picture of Twitter on spotting the crew filming out in the city on one occasion:

Film crew working on “God Friended Me” at Broadway and 96th. The cameraman saw me filming and let me have a look at his Arri Alexa rig. Very sweet.
A couple of minutes later, they went into action as Brandon Michael Hall and Suraj Sharma walked around t… https://t.co/pka1fDIzK4 pic.twitter.com/wuXaQbkz0A

Instead of designing a set to mimic the city of Paris, France, when Cara goes to Paris the showmakers decided to go there themselves. Most of the exterior shots, including those of the Eiffel Tower, were filmed on location in Paris, while some of the other scenes were shot on set in New York.

Actress Violett Beane, who plays Cara Bloom on ‘God Friended Me’, tells of her experience filming in the City of Lights, “I found out a couple of weeks into the summer, where they said ‘we’re actually going to be going to Paris and shooting for a few days and we’re going to get a lot of exteriors’ — a.k.a with the Eiffel Tower in every shot (laughs). I swear, on the page, it was like ‘and we pan off the Eiffel Tower.’ You gotta know we’re in Paris! It was really fun.”