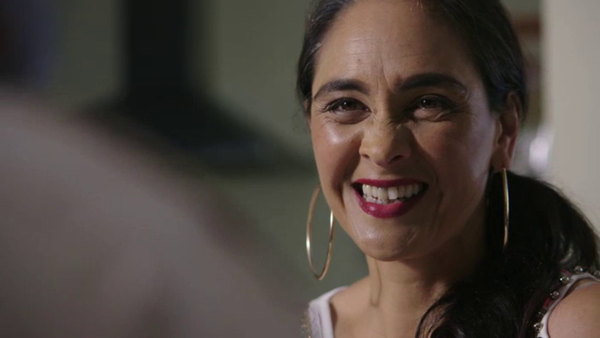 Investigation Discovery’s ‘Deadly Women: Love Leaves Town’ follows multiple homicides, one of which was the brutal killing of 39-year-old Graham Wilks in Adelaide, Australia, in December 2003. However, his erstwhile girlfriend, Julie Dunn, was not clever enough to cover her paths and was arrested within days of the crime. So who is Julie, and why did she murder her lover? Let’s find out.

Who is Julie Dunn?

Julie Michele Dunn was a single mother in Adelaide, Australia, in 2003. On the show, Prosecutor Sandi McDonald described how the 40-year-old went from one bad relationship to another but was always looking for another partner. On the day in 2003 when she met her future boyfriend, 39-year-old Graham Wilks, she was at the bar with a friend. In between drinks, Julie saw her son with his neighbor, Graham, and invited them over to sit with them. As the evening progressed, Julie and Graham got close, and they took a liking to each other.

Within a few weeks, they started dating, and it evolved into a full-blown romance. According to the show, Graham was a family man, sharing a tight bond with his parents, and his daughter came over every second weekend. Sandi described this relationship as one that might have been the most stable for Julie. Graham’s family welcomed her into their inner circle and treated her like family. They were sound and reliable and approved of Julie as their son’s partner.

However, little did they know Julie was harboring some deep, dark secrets. According to the show, she had a former lover named Greg Havey, who was still to be on terms with his breakup. Graham and his family did not know of Greg, and the latter saw him with his ex-girlfriend one day in September 2003. He got in a conflict with Graham, ended up hitting him, and was remanded in custody for assault.

As Julie played the perfect nurse and partner, Graham did not know Julie still had an intense liking for her ex and was in regular contact with him, writing him letters and calling him in prison. Former FBI profiler Candice Delong said she was torn between the two men and carried on a love triangle behind both their backs. It was all going well until she received the news that Greg was to be released in December.

Where is Julie Dunn Today?

Unable to face Graham, Julie Dunn decided to remove him from the equation and hatched a plan to murder him. According to court documents, she filled two scripts for a sedative called temazepam, a prescribed drug to treat her osteoporosis. On December 3, 2003, she prepared a curried egg sandwich for Graham at their Davoren Park apartment in northern Adelaide. She laced the sandwich with approximately seven crushed temazepam tablets. The dosage was enough to get Graham heavily sedated.

Julie then proceeded to hit him at least three times in the head, causing significant brain damage and a skull fracture. Graham was unable to put up a fight and was critically injured when the paramedics arrived after Julie called them. She told the authorities she returned home to find her partner assaulted and blamed it on her son and an ex-lover. The son told the detectives how Julie had asked his help to create a false alibi and had even told him her plan of lacing Graham’s sandwich with sedatives.

According to Detective Sergeant Mark Mceachern, Julie lacked the cunning to commit such a crime and became a prime suspect in the homicide. On December 12, 2003, Greg was released from jail and removed his home detention bracelet to move in with Julie. However, Graham succumbed to his injuries the same day, and Julie was arrested and charged with first-degree murder. She was convicted in August 2005 and sentenced to life imprisonment with a non-parole period of 20 years.

However, the sentence was overturned on appeal, but she was again convicted in January 2007. She was sentenced to life in jail but with a non-parole period of 18 years, making her eligible for parole in April 2022. According to official court documents, 56-year-old Julie was serving her sentence at the Northfield Women’s Prison in September 2019. She was admitted to Lyell McEwin Health Service, where she died on September 11, 2019, due to sepsis secondary to disseminated pancreatic adenocarcinoma.