Where is Helga Hošková-Weissová Today? 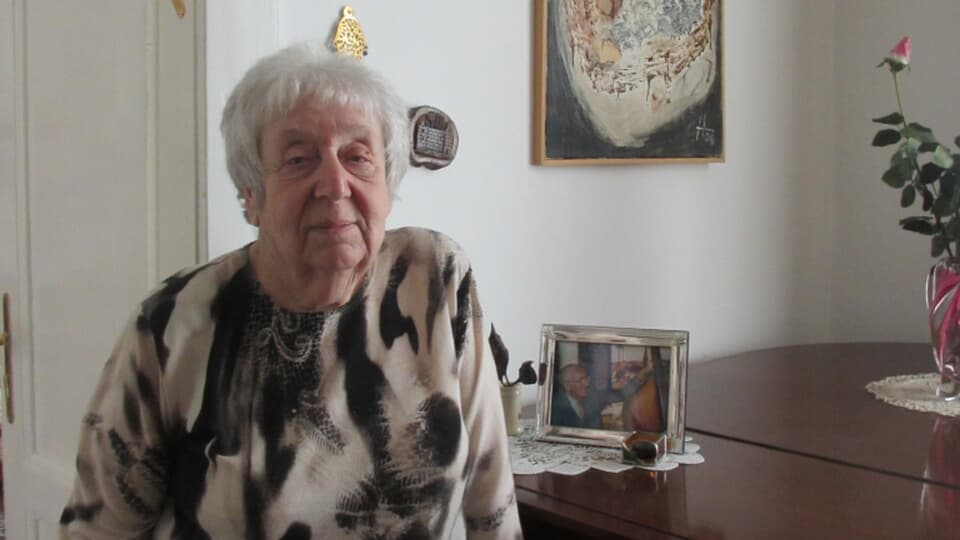 ‘#AnneFrank. Parallel Stories’ is a documentary that walks you through the lives of five Holocaust survivors. The five women braved the atrocities of the concentration camps they were deported to and now, they live to share their experiences in different shapes and forms. Among these is Helga Hošková-Weissová (also Helga Weiss) who was only 10 when she was sent to the Terezín ghetto. But now, after all these years, Helga shares her holocaust stories with the world through her scintillating art. The ones who have already watched the documentary might have a fair idea about Helga and her recent artistic endeavors. But for those who are curious about her current whereabouts and her history, here’s everything you need to know.

Who is Helga Weiss?

On November 10, 1929, Helga Weiss was born in Prague-Libeň to a Jewish family. For the first ten years of her life, she was raised in Prague itself. But just one month after her 10th birthday, Helga and her parents were sent to Terezín, which back in the day, served as a prison and a nazi-ruled ghetto. Helga was among the reported 15,000 children who were deported to Terezín and was doomed in room number twenty-four of a so-called Girl’s Home. While being held captive inside the walls of the camp, Helga found solace in her drawings which served as a testament to her experiences there. Her father had once told her “draw what you see” and that’s exactly what she did during her stay at the camp.

After being deported to Auschwitz at the age of 15, Helga managed to survive by convincing the infamous German Schutzstaffel (SS) officer, Josef Mengele, that she’s above the 18. As a result, instead of being gassed, she was permitted to work with others who were sorted out to be “good enough” for forced labor. Moreover, she also duped the officer into believing that her mother was much younger than her actual age, which saved her mother’s life as well.

From Auschwitz to Freiberg, Helga was deported again, before finally being forced to join a 16-day death march to the camp at Mauthausen. In the end, at this camp, she was liberated on May 5, 2020. After the end of the Second World War, Helga went back to Prague and pursued a degree in Arts. She also landed the opportunity to learn under renowned Czech artist Emil Filla and later held several of her art exhibitions in Prague and many different parts of Europe.

Where is Helga Weiss Now?

Since her debut as a professional artist, Helga has won several accolades including an honorary Doctorate by the Massachusetts College of Art and Design in Boston. As of 2013, when she was 83, Helga was still living in the same Prague family home she was born in. In the same year, on April 22, 2013, she even published her own memoir titled “Helga’s Diary: A Young Girl’s Account of Life in a Concentration Camp” in which, as the title suggests, she recounts all of her experiences during the Holocaust. (Featured Image Credits: David Vaughan | Radio Prague International)

As you can see in the image below, in 2018, Helga Weiss attended a workshop conducted by a Prague-based global education company:

It was truly an honor and life-changing experience for our SPU custom program students and CEA Prague staff to meet Helga Hoskova-Weissova, a survivor of the Terezín transit camp. Read her story: https://t.co/TFLKqAmgnz #ceaAbroad #studyabroad pic.twitter.com/hSXMrAtXRQ

Here’s another picture posted by a twitter user who met her in March 2019:

On eve of Int. Women's Day I met Helga Hošková-Weissová, a Czech artist, and Holocaust survivor, known for her drawings and diary from Terezín concentration camp pic.twitter.com/ouNOxK2aQQ

Just recently in January 2020, a blogger named Erin Faith Allen visited Helga’s home and her art studio in Prague. Check it out below: