Where Is Hulu’s No Man’s Land Filmed? 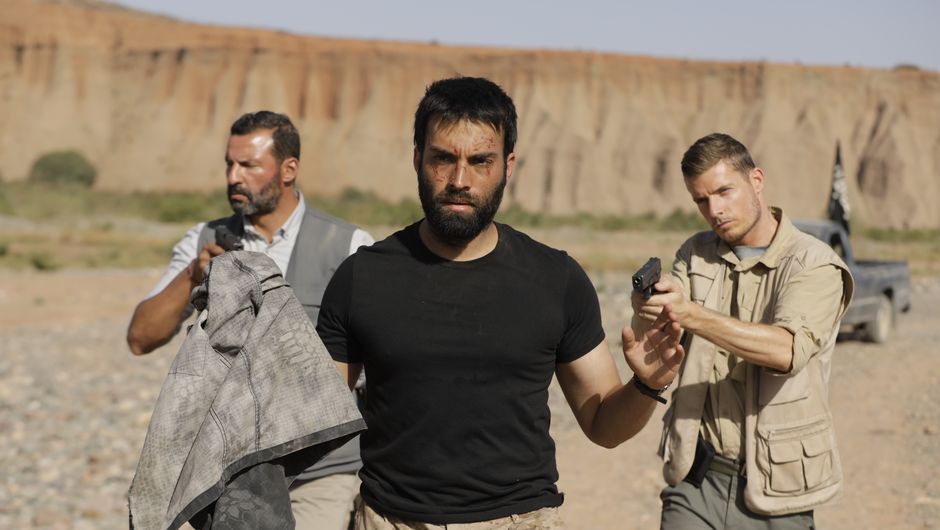 Hulu’s ‘No Man’s Land’ follows Antoine Habert, a French man, as he tries to find his presumed to be dead sister, Anna, in the war-stricken Middle East. Set against the backdrop of Syria’s 2014 civil war, we see the many realities of combat not only through his eyes but also the eyes of the YPJ militia and a trio of friends who willingly join ISIS. The series is the epitome of multiculturalism, and we were curious as to where it is filmed. In this article, we discuss what we have uncovered.

‘No Man’s Land’ makes use of two locations – Belgium and Morocco – to recreate the expansive war struck terrains. Maria Feldman, the co-creator and executive producer, stated that ‘No Man’s Land’ was one of the most challenging productions she has ever worked on due to the cultural differences of the cast and crew members. After all, the Israelis used to shoot faster with a smaller crew, whereas the French took a more cinematic approach with longer filming times. She also noted that the Moroccans were the most adaptable ones on the set.

Filming in the country took place around November 2019. Dean Ridge, who plays Paul Wilkins on the show, stated, “It was amazing to get to go around Morocco and see the city. I’d never been before, it was so nice seeing a little bit of Casablanca, a little bit of Marrakech, and we also spent a lot of time in the Atlas Mountains which was gorgeous. You can film anywhere and make it look like somewhere else – that’s the beauty of movies.” In fact, Lalla Takerkoust (in Marrakech) features prominently on the Instagram feeds of the actors involved with the project.

Many a time, the crew had to shoot scenes that replicated the regions of Turkey, Iran, and Syria on the same day. To accomplish this task, they would keep updating the driver’s licenses and street signs in the vicinity. In fact, most of the Syrian desert had been replicated in Morocco, as is evident from the cast members’ social media profiles. Feldman stated, “People were coming and going from all over the world, crew and actors flying in, flying out; the world felt very open and very global for us.”

Talking about the pandemic and the future of such international collaborations, the producer continued, “Now, with Covid-19, but also with how the world is becoming, we need to remind people that the world is global and it’s a good thing. Those liberties — a lot of people were killed for those liberties. So we shouldn’t take border closures lightly. When it’s needed, it’s needed, but I feel there is danger in this.”

Notably, the plot is revealed with the help of six languages – English, French, Kurdish, Arabic, Farsi, and Turkish. Furthermore, the cast and crew themselves hail from at least ten different countries. Therefore, it was quite a challenge to recreate the war-torn area in just these two locations. However, it does seem plausible that the tax incentives that Belgium offers helped the filmmakers produce this stellar show.

Read More: Is No Man’s Land a True Story?