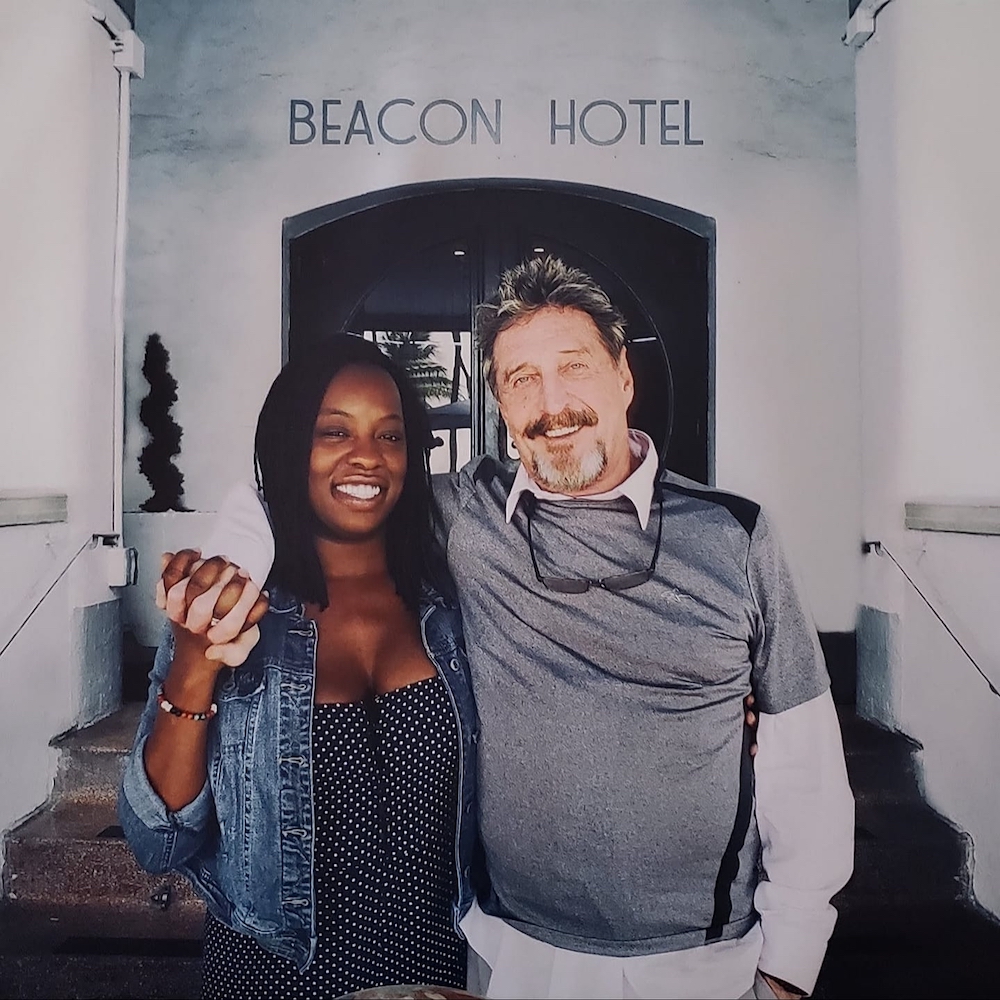 Netflix’s ‘Running with the Devil: The Wild World of John McAfee’ follows the story of the tech millionaire who lived a life worthy of being a Hollywood film. John McAfee made a name for himself worldwide due to his antivirus software. However, much after his product had become a staple for everyone with a computer, he came to the limelight with a series of actions that labeled him as an extremely unpredictable man. No one knew what he’d be up to next, and while for the others, McAfee might have been a whimsical, incomprehensible figure, for his wife, Janice McAfee, he was the thing that changed the course of her life. The Netflix documentary gives us a glimpse into their marriage. If you are wondering what Janice McAfee is up to now, here’s what you need to know.

Where is Janice McAfee Now?

Janice McAfee (neé Dyson) lives in San Francisco, California, with her three kids. Following McAfee’s imprisonment in Spain, Janice dedicatedly campaigned for his freedom and is now seeking justice for his death, which she believes was not due to suicide. She wants to have an independent autopsy conducted, hoping that it will shed more light on the nature of her husband’s death, which is only vaguely explained away by the authorities. She has launched a petition to gather support for her request, while an appeal was also made at the court. Due to the unresolved nature of the case, McAfee’s body was not handed to the family, which has caused more distress for them. “It’s difficult to put into words what life has been like this past year. I still can’t believe John is gone. If you haven’t yet please sign this petition to help pressure the Spanish authorities to release John’s remains so he can finally be laid to rest,” she wrote in a tweet.

Born in Guatemala, Janice first met McAfee in 2013. She’d been an escort, working at a Miami Beach cafe. Despite almost four decades of an age difference between them, McAfee and Janice found a connection with each other. “I met John the night he was deported from Guatemala. He looked as defeated as I felt. I think we recognized in each other the same feelings of loneliness and emptiness,” she said. For Janice, being with McAfee was an escape from her difficult, and often violent, employers. In the Netflix documentary, she admits that at first, she’d agreed to marry McAfee only because she saw it as an escape. Soon, however, she fell in love with him.

Being the closest person to McAfee also made her a target of his enemies, who wanted to use her to get to him. She revealed that she’d been threatened by a cartel to not only spy on McAfee, but at one point, they’d also told her to poison him. She was forced to do their bidding, but she finally decided to come clean to McAfee about what was happening and they found a way to resolve that situation. Following this, Janice and McAfee started planning their future together, and based on Janice’s idea, McAfee founded a security and privacy company called Future Tense Central. However, things took a dark turn and they had to go on the run, this time to the Bahamas. From here, everything spiraled away.

McAfee has built a strong social media presence where she shares memories with her husband, but mainly advocates his cause. In the documentary, McAfee’s ex, Samantha Herrera, revealed that she’d received a call from someone who claimed to be McAfee and said that he had faked his death. In response to this, Janice wrote: “Oh how I wish this were true. If John were alive I’m pretty sure he would not be hiding out in Texas. Texas is awesome, for sure, but John was being held in a Spanish prison because of trumped charges against him from the IRS so I doubt he would choose to hide out in America. That would be silly.” As heavy as the death of her husband weighs on her, Janice continues to cherish the time they had together and to work towards digging out the truth about what actually happened to him in the Spanish prison.