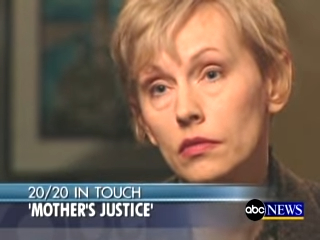 In October 1997, Julie Rea’s son, Joel Kirkpatrick, was the victim of a savage stabbing attack in Lawrenceville, Illinois. Despite maintaining her innocence, Julia became the prime suspect in the authorities’ investigation. More than three years after the incident, Julie was convicted of Joel’s murder. By then, she had married Mark Harper, who always stood by her, believed in her innocence, and worked towards making her freedom a reality. Their hard work paid off when Julie was acquitted in 2006. So, if you’re curious about what happened to Mark since then, here’s what we know!

Who is Mark Harper?

Before Julie met Mark and fell in love with him, she had been married to Joel’s father, Len Kirkpatrick. Julie and Len’s parents were good friends and worked as missionaries in Africa. While Julie’s family moved back to the United States when she was a baby, Len’s parents frequently visited. Julie and Len married when they were teenagers. However, their marriage collapsed a few years later, leading to their divorce in September 1994.

After being engaged in a custody battle, Len was awarded residential custody. On the night of the incident, Joel was staying with Julie at her home in Lawrenceville. After the attack, Julie told the police that she struggled with an intruder who then escaped. While the case was being investigated, Julie tried to move on with her life but struggled to do so. She moved to Bloomington, Indiana, got a service dog, but had trouble sleeping alone.

Eventually, though, she went on a blind date about a year after Joel died. The blind date was Mark Harper. The couple soon fell in love and married in 2001. Julie was indicted a year prior and was to stand trial in 2002. Mark always believed in her innocence and even went to law school to help with her defense.

Where is Mark Harper Now?

The trial in 2002 ended with Julie’s conviction. But Mark never gave up on her. A year later, a serial killer named Tommy Lynn Sells confessed to Joel’s murder, reinforcing that Julie might have been innocent. Tommy claimed that a woman was rude to him at a convenience store, so he followed her and entered her home. Mark thought it was possible, saying, “If Julie knows you, she’s the kindest, warmest person.”

Mark continued, “If she doesn’t, she keeps you at a distance, particularly if he saw her with Joel and he tried to flirt with her, she would’ve been rather tart with him.” A retrial in 2006 ended with Julie being acquitted. Mark always stood by her, pouring in every resource available to fight for her innocence. He had even declared bankruptcy at one point. But over the years, it was reported that Julie’s marriage to Mark broke down in the years after she was free from prison. Not much is known about what Mark does today since he seems to have kept a low profile.