Where is Killer Deandra Buchanan Now?

A brutal triple murder at a house in November 2000 left the victims’ loved ones to pick up the pieces. On that fateful night, Deandra Buchanan killed three people dear to him, including the mother of his children. Netflix’s ‘I am a Killer: A Family Affair’ focuses on the time leading up to the murders of Angela Brown, Juanita Hoffman, and William Jefferson and the reason behind why the bloodbath took place. So, let’s find out more about what happened then, shall we?

How Did Angela Brown, Juanita Hoffman, and William Jefferson Die?

Angela Brown was described as a beautiful and intelligent woman. She preferred staying at home and reading books. When Angela was 16, she began dating Deandra Mekel Buchanan, and they eventually had two daughters together. The older one was 2-years-old and the younger one was 5-months-old at the time of the incident. Angela also knew Juanita Hoffman, Deandra’s aunt, and William Jefferson, his stepfather.

On November 7, 2000, Deandra, Angela, and the kids were at William’s home along with Juanita and others. They were celebrating Juanita buying a house. But at around 10 pm, the police rushed to William’s place in Columbia, Missouri. Outside, they found 20-year-old Angela shot in the neck with her two unharmed children on top of her. Inside the house, they located 51-year-old Juanita and William Jefferson, also dead. They suffered fatal shotgun wounds.

As per the show, the authorities arrested Deandra Buchanan close to the crime scene. He seemed worked up but was subdued and taken into custody. In a shocking twist to the story, Deandra confessed in detail to the triple murder. To better understand what happened, the authorities looked into his past. Deandra was born in Illinois and seemed to have a great childhood until the loss of his father in a motorcycle accident. After that, Deandra got into trouble often, and by the time he was 13 or 14 years of age, he began selling drugs. 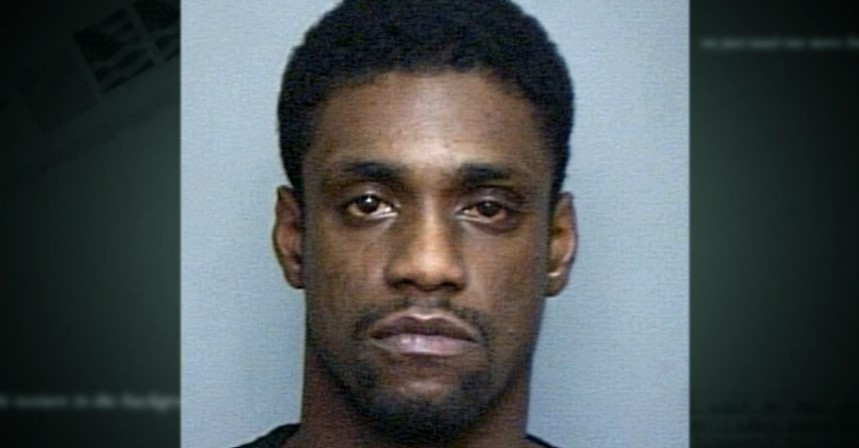 Over time, Deandra started to carry firearms for his own protection. As the criminal activity continued, he managed to keep it a secret from Angela, the mother of his two children. But given the nature of what he did and his increasing paranoia regarding security, he ended up telling her. There were domestic abuse incidents, with Deandra being accused of assaulting and controlling Angela. Furthermore, Devon McTye, Deandra’s step-niece, stated on the show that when Angela was pregnant with her first child, Deandra hit her with a baseball bat.

Devon said that though the police got involved, Angela ultimately chose to stay with Deandra at the time. After Deandra’s arrest for the murder, he began talking to the police regarding what happened on November 7, 2000. Deandra had smoked marijuana to calm himself down that day, but it only fueled his paranoia more. At some point, he believed the people in the house were out to kill him or send him to jail. So, Deandra grabbed the shotgun to protect himself from the perceived threat.

As per the show, Deandra told the police that everyone had circled him, and Juanita came up to him to take the gun, which is when he said he shot her. Deandra then turned his attention to William, who was shot in the kitchen, after which he chased Angela. He followed her outside the house, loaded up the pump action shotgun, and shot her as she shielded the children. Apart from that, Deandra shot and injured another person who offered him a ride.

Where is Deandra Buchanan Today?

At the time, Deandra claimed that the marijuana he smoked spiked with something else, causing him to feel paranoid. Regardless, the authorities and the prosecution saw it differently. A jury eventually found Deandra Buchanan guilty of three counts of first-degree murder and one count of first-degree assault. In April 2002, he was sentenced to death for the murders, with a jury voting 10-2 in its favor, and life in prison for the assault.

However, less than a year later, a new state law meant that a death sentence could not be handed down if the jury decision wasn’t unanimous. Since that was the case in Deandra’s scenario, he was sentenced to life in prison without the possibility of parole. On the show, he claimed not to remember killing Angela, Juanita, and William. Records indicate that Deandra remains incarcerated at the Jefferson City Correctional Center in Cole County, Missouri.