The brutal murder of Mickey Shunick in May 2012 forms the focus of Dateline NBC’s podcast ‘After the Verdict: Missing Mickey.’ The 21-year-old young woman was abducted and killed after an intense struggle, leading to a tragic conclusion to the case. Brandon Scott Lavergne was eventually zeroed in as the suspect based on circumstantial evidence and witness statements. So, if you’re curious about what happened and where he might be today, we’ve got you covered.

Who is Brandon Scott Lavergne?

Sometime before 2 am on May 19, 2012, Mickey Shunick left her friend’s home on a bicycle. But that would be the last time she was seen alive. A desperate search led the police to the bike but not Mickey. However, the surveillance video from the night she disappeared gave the investigators a clue. The 21-year-old was being followed by a white pickup truck, and the bike found a few days later appeared to have been struck from behind by a vehicle.

The investigators theorized that the pickup truck and the driver had something to do with Mickey vanishing and set out to find them. The road led to Brandon Scott Lavergne, who lived a few miles from where the incident occurred. Brandon was a registered sex offender in Louisiana; in 2000, he was convicted of aggravated oral sexual battery and released in 2008. The authorities believed that Brandon was driving around looking for someone to victimize that night.

At the time, Brandon’s behavior also drew suspicion. He had stab wounds from around when Mickey disappeared but stated they were from a gas station mugging in New Orleans, Louisiana. On June 4, 2012, a used car dealership employee told the police that Brandon had bought a truck almost identical to the one seen in the surveillance footage; it was also similar to his old truck, which was found burned down in Texas sometime later in June.

Brandon eventually confessed to killing Mickey, admitting that he hit her from the rear end on purpose and insisted that she get into his truck. After a desperate struggle where Mickey got hold of Brandon’s knife and stabbed him with it, the latter wrestled the weapon back and plunged it into her several times. Brandon then described driving into a field, thinking Mickey was dead. But once they were there, she stabbed him in the chest.

After that, Brandon shot the 21-year-old in the head with a semiautomatic handgun and then drove home with the body in the car. He nursed his wounds, got rid of the evidence, and dumped the body at a local cemetery. Brandon couldn’t dig a grave because of the injuries. So, he returned the following day from New Orleans after staying at a friend’s place and having his wounds treated. He took extensive steps to cover his tracks after the crime, but the authorities caught up to him.

The police also connected Brandon to another murder in 1999. Lisa Pate, a 35-year-old mother of three, went missing in June 1999, with her body being found a few months later. Brandon met her in Lafayette, Louisiana, and they checked into a hotel shortly after that for a few days. However, when Lisa wanted to leave, Brandon didn’t give her a ride or let her go. When she tried to take his car keys and wallet while he was sleeping, he attacked her. Later, Brandon admitted to other inmates about suffocating a woman to death with a plastic bag. The authorities believed he was referring to Lisa.

Where is Brandon Scott Lavergne Today? 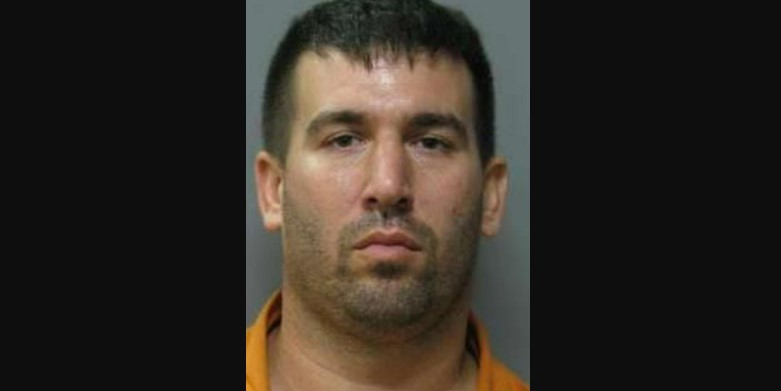 During a search of Brandon’s home, the police also found the driver’s license of Madeline Aumiller, a woman missing from Texas since April 2012. Then, in August 2012, Brandon pled guilty to murdering Mickey and Lisa. As a result, the death penalty was taken off the table, and he was handed down two life sentences without the possibility of parole. Now 43-years-old, Brandon remains incarcerated at the Louisiana State Penitentiary in Angola, West Feliciana Parish. In February 2022, his post-conviction relief appeal was rejected by the court.