Where is Netflix’s Inside Man Filmed? 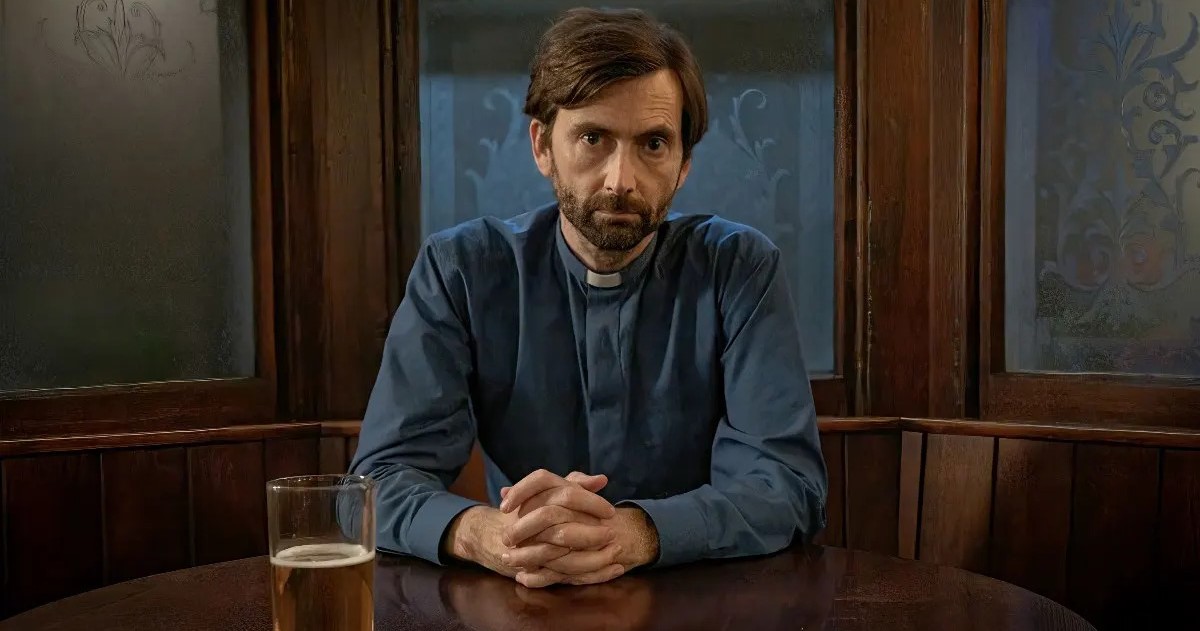 Created by Steven Moffat, Netflix’s ‘Inside Man’ is a crime drama series that revolves around a death row prisoner, Jefferson Grieff, who helps solve mysteries on the side in hopes of seeking atonement as his judgment day approaches. When a young journalist named Beth Davenport comes to him for help in looking for her missing friend, Jefferson does his best to get to the bottom of the case. The case connects to a vicar, Harry Watling, in a village and his son’s tutor, Janice Fife, who is trapped in a cellar.

Their paths cross unexpectedly and even lead to the murder of one of them. The thrilling narrative is complemented by stellar performances of a talented ensemble cast comprising David Tennant, Dolly Wells, Stanley Tucci, Lydia West, and Dylan Baker. Given the use of various locations, including the prison and church, throughout the series, you are likely to be curious to know where ‘Inside Man’ is actually shot. Well, in that case, we have got you covered!

‘Inside Man’ is filmed entirely in England, specifically in Surrey, London, Berkshire, and Hampshire. The principal photography for the inaugural iteration of the thriller drama series reportedly commenced in late June 2021 and wrapped up in September of the same year. Since much of the series is set in an English village, it makes sense why the filming unit chooses to shoot the series in England itself. Without much ado, let’s traverse all the specific locations that appear in the Netflix show!

Many pivotal sequences for ‘Inside Man’ are lensed across Surrey, the 12th most populous county in England, located in South East England. St Andrew’s Church on Upper Church Lane in Farnham, Bourne Woods on Lower Bourne in Farnham, Hankley Common, and seemingly Leith Hill in Redlands Woods serve as important filming sites for the series.

Moreover, the production team sets up camp at Godalming Railway Station, The Parish Church of St. Peter and St. Paul on Church Street, and Crown Court Car Park at 41 The Burys, all in the historic market town of Godalming. During the filming schedule of the debut season, the cast and crew members of ‘Inside Man’ were also spotted recording some key scenes in other sites of Godalming. They include Summerhouse Road, Great George Street, and the area around Phillips Memorial Park.

For shooting purposes, the filming unit of ‘Inside Man’ travels to London, the capital and largest city of England and the United Kingdom. As per reports, they utilize the premise of the Senate House in Bloomsbury and The Beehive pub at 333 Staines Road in Feltham. A few portions of the show are also taped on Turpin Road in Feltham.

Additional portions for ‘Inside Man’ are lensed across several other regions in England. Reportedly, the cast and crew transformed The Flower Corner at 21 Broad Street in Wokingham, Berkshire, into a cafe for a day, while shooting some scenes in and around Broad Street as well. The production team also sets up camp at Welcome Break Fleet Southbound Services M3 at 4a, 6 M3 in Fleet, Hampshire.

Furthermore, the production team utilizes the facilities of Farnborough Film Studios at Studio Gate F on Aerospace Boulevard in Farnborough, in northeast Hampshire, primarily for interior scenes. It comprises two sound stages totaling 44,000 square feet of stage space, workshops, production offices, and a parking lot. All these features make it a suitable production location for all kinds of movies and TV shows.