Where is Nichelle Nichols Now? 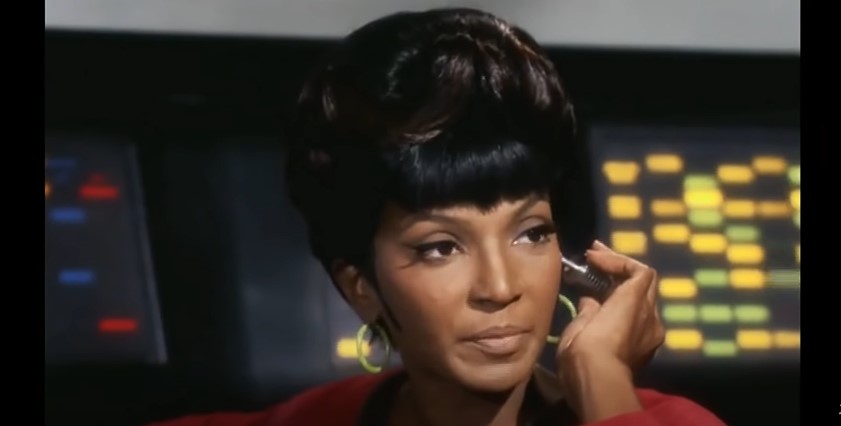 Nichelle Nichols is a trailblazing actor from the 1960s who is best known for her portrayal of Nyota Uhura in ‘Star Trek: The Original Series’ and in the films that followed. However, over the recent years, Nichelle has been under conservatorship in part due to her failing health. While Nichelle’s son, Kyle Johnson, was appointed as her conservator, there has been a protracted legal battle going on that involves her former manager, Gilbert Bell, and a friend, Angelique Fawcette. The second episode of ABC News’ ‘Who Do You Believe?’ — titled ‘Protector vs. Predator’ — focuses on the situation’s complexity and what led up to it. So, if you’re curious about what happened to Nichelle, here’s what we know.

Who is Nichelle Nichols?

Grace Dell Nichols was born in December 1932 in Robbins, Illinois. While her father was a factory worker and an elected official, her mother was a stay-at-home mom taking care of the six children. After performing as a singer and dancer in various clubs in Chicago, Illinois, during the 1940s and 1950s, Nichelle landed the role of Nyota Uhura in ‘Star Trek: The Original Series.’

After the first series, Nichelle wanted to leave ‘Star Trek’ to pursue a career on Broadway; at the time, she felt that her role in the show was being diminished. But a chance meeting with Dr. Martin Luther King Jr changed her mind. It was the only show he let his children watch, and he said that she served as a role model to many. Nichelle’s casting was groundbreaking at the time because a black woman in the 1960s essaying a powerful role in a popular show was a rarity.

After the show ended its run in 1969, Nichelle went on to reprise her role in six ‘Star Trek’ films and an animated series as well. In the following years, Nichelle landed several roles in other TV shows and movies and lent her voice to animated shows. She has also served as a Civil Rights activist and, in 1977, NASA hired her to help with astronaut and other personnel recruitment. Nichelle appeared in TV announcements and spoke publicly, urging women and people of color to apply.

In January 2013, Nichelle was taken to the hospital after collapsing at her home. She was diagnosed with pancreatitis and, in 2015, had a mild stroke. By then, Gilbert Bell, who was Nichelle’s manager, had her sign a health care directive and power of attorney documentation that made him the primary agent. By 2018, the situation went to the courts when Nichelle’s son, Kyle Johnson, filed a petition for conservatorship.

Where is Nichelle Nichols Now?

In 2018, documents revealed that Nichelle was diagnosed with dementia and had issues with her short-term memory and “sense of time, place, and immediate recall.” Kyle alleged that his mother’s dementia made her vulnerable to being exploited. Kyle and the family believed that Gilbert had financially abused Nichelle, embezzling money and taking things from her house.

Gilbert — who denied the allegations — and his lawyer claimed that Kyle was a “greedy abuser” and only wanted his mother’s money. In 2019, Kyle was appointed Nichelle’s conservator, but that saw some resistance from Angelique Fawcette, a friend of Nichelle’s. According to her, the actor didn’t need a conservator because she could manage things with the help of an assistant. She also believed that Kyle didn’t act in Nichelle’s best interests.

For now, Kyle remains Nichelle’s conservator and recently sold her home in Woodland Hills, California. He claimed that the money would be used to pay for Nichelle’s care. She was reported to have moved to New Mexico and now lives there with Kyle as her primary caregiver. Currently about 89 years old, Nichelle made a public appearance in December 2021 as part of a farewell tour in Los Angeles, California. But questions remain regarding her health and well-being. Her sister, Marian Nichols Smothers, said recently, “I feel like I’ve already lost my sister in so many ways. She’s not the person she used to be, the vibrant, in-charge, take care of everything person.”