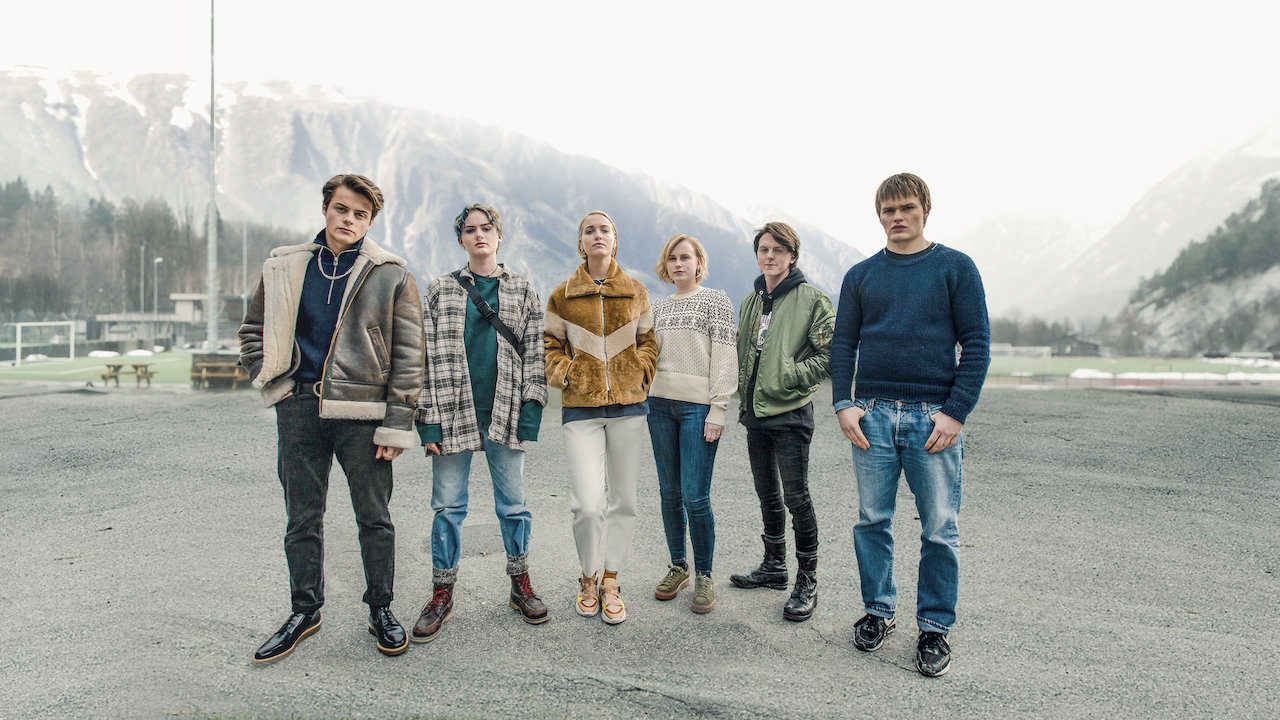 Netflix continues to relentlessly expand its veritable library of foreign content this year, and one of the most interesting new arrivals is Danish screenwriter and playwright Adam Price’s new apocalyptic teen drama show ‘Ragnarok’. While most of us have heard of the word “Ragnarok” before (in large part thanks to the popularity of Chris Hemsworth’s Thor and the Marvel Cinematic Universe), the show adopts the word in its more mythological sense, referring to the foretold apocalyptic event meant to bring about the destruction of the world.

‘Ragnarok’ stars Norwegian actors Herman Tømmeraas, David Stakston and Theresa Frostad Eggesbø, Jonas Strand Gravli and Emma Bones as Fjor, Magne, Saxa, Laurits and Gry respectively as part of its main cast. The story follows a group of teenagers in the town of Edda who start noticing the very first signs of the Ragnarok as foretold by Norse mythology – melting icebergs, capricious weather, unbreathable air, violent downpours and more. As the group try to figure out how to prevent the impending apocalypse, Magne discovers that he possesses potent supernatural abilities.

The show features brilliant visuals with sweeping shots of riveting alpine peaks and the famous fjords of Norway. If you were wondering where ‘Ragnarok’ was filmed, read on to find out everything we know.

The setting for all of the events in the show ‘Ragnarok’ is the fictional small town of Edda in Norway. The trailer for the show opens with a sweeping shot of a frigid and gloomy temperate coastal town, later showing off a mist covered mountain range as well as a melting glacier. All of these are topographical features you would expect to find in a real Norwegian town. As you would expect, the filming for all of these scenes is done both on location and on set in scenic Norway itself.

While it may be portrayed as the fictional town of Edda in the show, the principal filming for ‘Ragnarok’ takes place in the very real town of Odda, Norway. Odda is located in Sørfjorden, a part of the wondrous Hardangerfjord. The town is very conveniently located, with the Folgefonna glacier being right beside it and the Røldal mountain village being fairly close by as well. Odda is known for its picturesque scenery, fantastic hiking trails and the nearby Hardangervidda National park, which also happens to be the largest national park in Norway.

Actor Herman Tømmeraas posted these pictures on his Instagram account while giving a sneak peek of the show:

When you see ‘Ragnarok’, you immediately recognize many of Odda’s unique locations in some of the shots, with the glacier and mountain peaks featuring quite prominently. Since the plot line of the show has to do with Norse mythology with a special focus on the town of Edda itself, it is unlikely that the show needed to film beyond the town of Odda.

Check out this picture posted by “Ragnarok’ star Jonas Strand Gravli of the cast and crew while filming for the show in Odda, Norway. Isn’t the backdrop gorgeous?