Where Is Rebecca Musser Now? 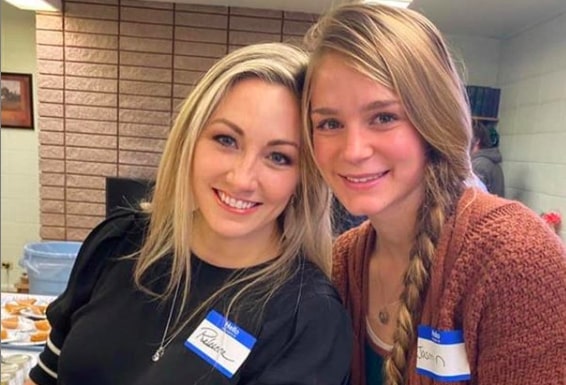 When the world saw the polygamous nature of the Fundamentalist Church of Jesus Christ of Latter-Day Saints unfold, nobody really knew what they were in for. In a chain of spiritual exercises, leaders of this particular sect kept and propagated the practice of keeping teenagers as wives. The practice saw a major backlash when charges of sexual exploitation were slapped against Warren Jeffs, the leader of the group.

Rebecca Musser was married to Rulon Jeffs, Warren Jeffs’ father. She is one of the 70 something wives Jeffs is believed to have had. Living with other sister-wives, she faced her own set of trauma married to an 85-year-old man. Married at the age of 19, through a divine calling on Rulon Jeffs’ part, she underwent sexual abuse till he passed away in 2002. After this, she was married to Warren Jeffs in his ritual of marrying all of his father’s former wives. After being forced by Warren Jeffs to marry someone else, she ran away and started a new life. In an interview in 2013, she recollected her experience and said: “Warren came down very hard on me and said, I will break you. You will be married within one week. I begged him not to, and he said you know this is what God wants.”

Since then, she has built a different life for herself and has narrated her experience through her book, ‘The Witness Wore Red: The 19th Wife who Brought Polygamous Cult Leaders to Justice.’ She also gave one of the lead testimonials against Warren Jeffs, that was instrumental in him being sentenced to life. In addition, she was also the person who assisted the police raid in one of the FLDS camps. Post the trial; she was faced with some death threats, especially from members of the FLDS community.

Since then, she has been vocal about speaking against slavery, religious fundamentalism, and sexual exploitation of any kind. As a part of this, she went forward to create a non-profit organization called ClaimRED. It aspires to bring dignity and healing to victims of human trafficking. She is also the sister of Elissa Wall, who too escaped from the confinements of the community and wrote a book about her experience titled, ‘Stolen Innocence.’ She was forced to marry her own cousin at the age of 14. Musser ended up marrying a former FLDS member and having two children with him.

Where is Rebecca Musser Now?

Rebecca Musser is now divorced. She has two children out of her marriage, named Kyle and Natalia. Her Facebook page has not been updated for a while now, and her foundation’s page is not accessible. Nonetheless, her private life seems really happening. She can be seen with her children.

She also has two dogs named Jaxe and Scarlet. She can be seen celebrating all events like national dogs day and earth day. Her profile is quite lively with all the scenic photos she has posted.

Her Twitter page too has not been updated in a while, but one of her last posts is that of Warren Jeffs. Through the post, she recollects the number of years Warren Jeffs has been behind bars now.

She continues to live with her children in their home in Idaho.