Where is Sam Brown Now?

Netflix’s ‘Jimmy Savile: A British Horror Story’ delves into several allegations of sexual abuse against the media personality, juxtaposing them with his fame and popularity. After he died in 2011, several survivors came forward with their stories of abuse, with Samantha Brown being one of them. In the docuseries, Sam shares her heart-wrenching story and talks about the effect the ordeal had on her life. So, if you want to know more about Sam’s courageous decision to come forward, here’s what we know.

Who is Sam Brown?

When Samantha was barely a teenager, she went to the chapel at the Stoke Mandeville Hospital in Buckinghamshire, England, with her family every week. She grew up in a religious family and remembered seeing children coming to the church from the hospital. Back then, Jimmy volunteered there as a porter and even raised a lot of money for the hospital. Sam remembered him being an important person at the time but didn’t exactly know why he was there.

After a point, Sam was handed the job of taking the collection plate around during mass. This plate would be in a separate room close by where she alleged Jimmy sat waiting. On the show, Sam talked about how the media personality would stroke her back or put his arms around her waist. But soon, that escalated, with Jimmy groping Sam “everywhere.” She stated on the show that he would put his hands down her trousers and fingers inside her mouth.

Sam later stated that Jimmy abused her more than 20 times over the course of three to four years until she was 15-years-old. She added, “It was horrible. I used to hate it. I knew what was going to happen before I walked through the door. I just tried to get in and out as quickly as possible.” According to Sam, Jimmy even left the door open so he could see the priest.

Where is Sam Brown Now? 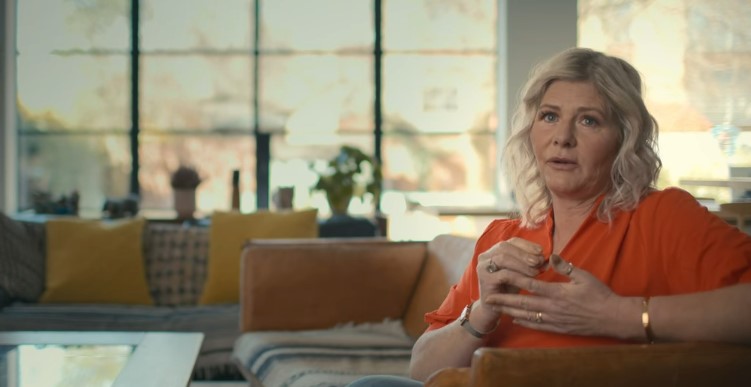 Samantha thought it was her fault for the longest time and eventually stopped going to church. She mentioned on the show that she still felt responsible for what happened because she could have talked to someone about it. But eventually, with a supportive family behind her, Sam decided to speak up regarding what happened. In the documentary, She stated, “I can kind of look at my young me with less pain now. I’ve actually become closer to me, the child me, and I think that’s nice.” Today, Sam is married and a proud mother of three in her 50s. From what we can tell, she still lives in England.