Where is Sean O’Connell Now? 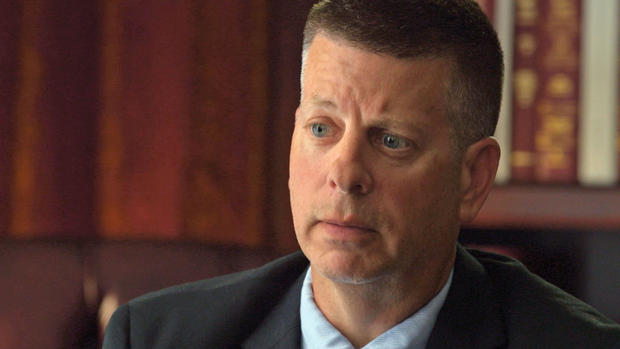 ’48 Hours’ makes an attempt not just to address the horrific death of Heather Bogle but also the derailed police investigation that considerably delayed justice for Heather. Heather Bogle went missing after she failed to pick up her daughter from school. The next day she was found brutally murdered and dumped in the back of her car, a mile away from where she worked.

Who is Sean O’Connell?

In any case of homicide, people close to the victim, who perhaps have a motive, are first investigated, and this person turned out to be Carmella Badillo. O’Connell cleared her off the case and focused on three suspects who were strangers to Heather Bogle. They were Keyona Bor, Omar Satchel, and Kayree Jeffrey. Bor was considered a suspect because her demeanor was quite off when O’Connell talked to her after finding Heather’s car with her body in Bor’s residential apartment. Furthermore, she allegedly owned a Mickey Mouse t-shirt, the same kind that was on Heather’s body when she was found. However, Bor claimed that it was a hoodie and not a t-shirt. Her boyfriend was also suspected because he was previously charged with a home invasion. And for Jeffrey, O’Connell said, “So according to my source who was standing next to Kayree … Kayree walked up along the river banks and tossed his black bag containing the firearm used in a homicide into the river, which ultimately prompted us to launch a dive team into the river in hopes to recover the bag.”

In any case, later DNA reports retrieved from Heather’s body did not match with any of them. Additionally, it was reported that O’Connell did not tell the prosecutor that the DNA did not match. Matt Westerhold, a reporter who closely worked on the case, said, “I knew the end was coming … He was forced to resign.” It was after this that the case was handed to Sheriff Chris Hilton, who eventually cracked the case.

In 2018, Sean O’Connell pleaded guilty to tampering with evidence in Court. Other counts of felony, such as dereliction of duty, coercion, and falsification, were dismissed as a part of the plea agreement. Judge Cosgrove, who presided over the case, said, “I gave him some consideration for his 25 years of service, his military service, his volunteer work, but he has to go to prison. This has to send a message to other law enforcement officers.” Thus, O’Connell was sentenced to two years in state prison.

Where is Sean O’Connell Now?

At present, Sean O’Connell is serving his prison sentence in Grafton’s Lorain Correctional Institution. He was sentenced to prison in September 2018, and by that accord, he should be eligible for release in September 2020.