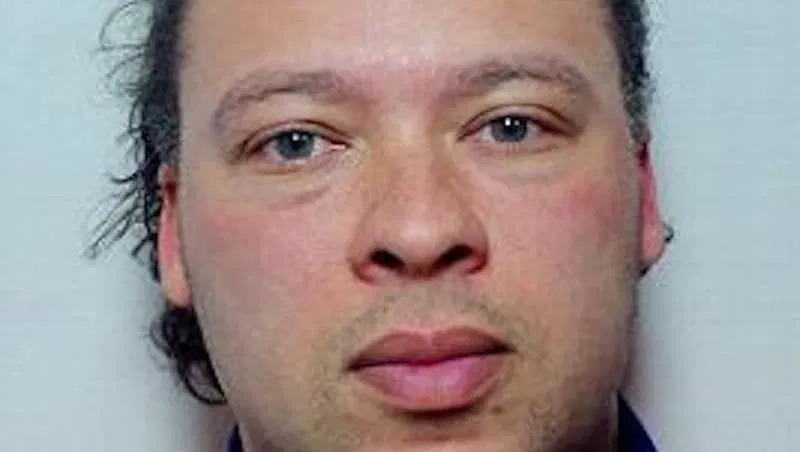 In what was a terrifying ordeal for Olympian Sheila Taormina, a stalking incident almost consumed her life and left a lingering shadow of fear which always had her watching her back. James Conyers was the man responsible for putting Taormina through this hellish experience. Investigation Discovery’s ‘Obsession: Dark Desires: The Olympic Creep’ details the terrifying nightmare and the trauma Taormina was put through when she nonchalantly let Conyers into her life. Interested to know more about the stalker and where he is today? Let’s find out, shall we?

Who Is James Conyers?

James Conyers contacted Sheila Taormina in 2002. At that time, Taormina was in the midst of qualifying for the Athens Olympics and did not think much before deciding to help the stranger who called to answer an advertisement about swimming lessons. On the phone, Conyers sounded surprised that he could reach a famous Olympian so successful and claimed that he was a professional triathlete from Flint, Michigan.

He said he wanted Taormina’s help in lowering his swimming times. The call seemingly went on for fifteen minutes and was mostly about business, swimming, and biking. The very next day, Conyers showed the athlete a glimpse of his psychotic behavior when on a phone call, he said, “I think you’ll probably win the gold medal in 2004, and when you retire in 2005, you’ll have my baby.” He also asked about Taormina’s fiancé and became angry when she told him to leave her alone.

The Olympian thus fled her childhood hometown and went into hiding at a cheap hotel in Colorado Springs. Even in this new town, she couldn’t put her ordeal behind as she used to have frequent nightmares regarding Conyers. In one such dream, she dreamt of Conyers standing with a gun and, in utter panic, ended up calling the hotel staff before managing to calm down.

Where Is James Conyers Now?

In December 2002, six months after he began tormenting Taormina, a warrant was issued for Conyers’ arrest on two charges of aggravated stalking. He was ordered to serve five years of probation. It was also mandatory for him to wear an electronic tether. But Conyers never picked up the tether, instead choosing to stalk Taormina again when the athlete trained in Florida. Thus, another warrant was issued against Conyers for violating probation.

In May 2003, Conyers received the maximum sentence for his crime which was five years in prison. After his arrest, Conyers filed a grievance against the judge and wrote a letter to an Assistant Prosecutor for Wayne County, Christopher Coyle, threatening to sue for slander and libel. Conyers was denied parole as in the five years he served, he gathered 21 misconducts, ranging from insolence to disobeying a direct order from an officer. Russ Marlan, the department’s public information officer, said. “I would say he was not a model prisoner; he had some difficulty. For five years, [21 misconducts] is a greater than average amount.”

On January 27, 2008, Conyers walked out of prison after serving the entirety of his sentence. Just a year later, in February of 2009, Conyers was arrested again from the Indiana State University campus. ISU’s campus police caught him allegedly stalking an ISU women’s basketball player, Kelsie Cooley. Kelsie said that a week ago, Conyers had called her claiming to be an ex-ISU jock and asked to meet her. The stalker had already been ordered by a court to stay away from the university campus following an unrelated incident involving an Illinois State volleyball player in the early 2000s.

This ban allowed police to arrest Conyers on a charge of criminal trespass in 2009. Authorities also found an  ISU student directory in his possession. Following his arrest, Conyers was housed in the Vigo County jail under a $50,000 bail. He was charged with stalking, a class-D felony, and two misdemeanor charges of criminal trespass. The stalker was later released on his own recognizance under orders that he have no contact with the alleged victim, ISU, and had to return to court again. Having said that, his present whereabouts are unknown.