Where is Smother Filmed? 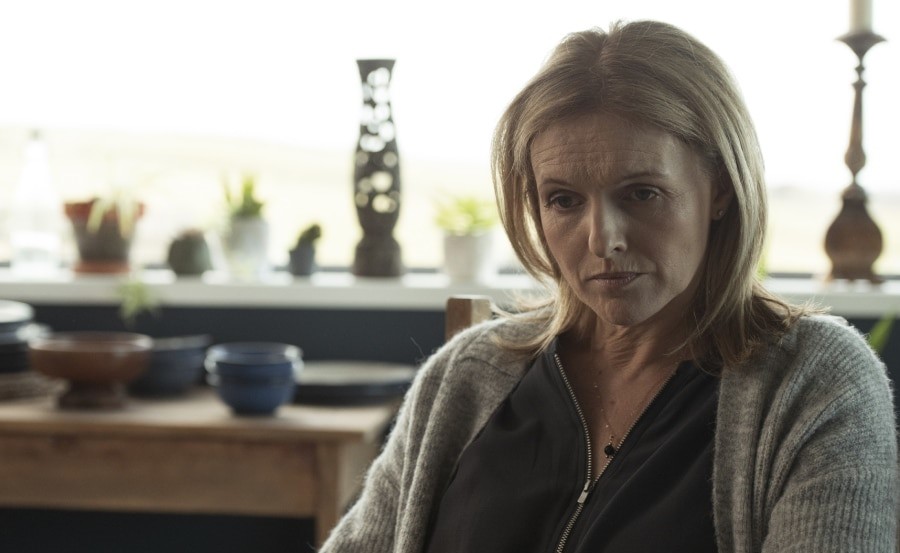 Created by Kate O’Riordan, ‘Smother’ is an Irish thriller drama series that revolves around Val Ahern (Dervla Kirwan), a devoted mother, and her attempt to protect her family at all costs. Following a chaotic family dinner party, Val’s husband, Denis, is found dead at the foot of a cliff the following day. To get to the bottom of Denis’ mysterious and sudden death, Val leaves no stone unturned as she investigates the events that unfolded the previous night, bringing a string of truths about her husband into the light.

The thrilling and suspenseful narrative is accompanied by the use of a dark undertone throughout, which complements the overall theme of the drama series. The backdrop of a small and secluded town keeps the audience guessing about the places that are utilized for the production of ‘Smother.’ In case you have the same doubts, we have got you covered!

‘Smother’ is primarily filmed on location in Ireland, specifically in County Clare, where the narrative is set in. Ireland is an island located in the North Atlantic Ocean comprising several low-lying mountains and a number of navigable rivers. Thanks to its changeable climate, which does not tilt to any of the extreme temperatures, the island has a vast landscape and lush vegetation. These features make Ireland a preferred filming location among many filmmakers.

The principal photography for the inaugural season commenced in February 2020, but it got halted after a month or so due to the COVID-19 pandemic. After several months of break, the filming was back on track with all the safety measures in place in September 2020 and finally concluded in November of the same year. As for the principal photography for the sophomore round, it began in April 2021 and wrapped up in June 2021. Moreover, the filming for the third season of ‘Smother’ got underway in February 2022. Now, let’s take a look at all the specific locations that feature in the thriller drama series!

The production team of ‘Smother’ travels to several different villages and towns in County Clare to shoot different sequences against the right backdrops. For the most part, the cast and crew members set up camp in the small town of Lahinch, located on Liscannor Bay. The 5-star hotel named Moy House on Calluragh South in this town doubles up as the Ahern family’s home. However, the hotel has permanently closed its doors for staycationers.

Several other towns in County Clare serve as backdrops for several scenes in the series. Ennistymon, which is a country market town, and Lisdoonvarna, a spa town that is famous for its music and festivals, also regularly feature in ‘Smother.’ Specifically, a few important sequences are also filmed in the Ennistymon Community Centre on Parliament Street in the town of Ennistymon. In addition, it seems like The Burren, a karst/glaciokarst landscape centered in the county, is used as a backdrop for a few scenes as well.

Other than the aforementioned towns, a number of villages in County Clare also serve as production locations for the Irish series. For filming purposes, the cast and crew members travel to Liscannor, which is a coastal village in the county. Moreover, some pivotal scenes are also filmed in the small village of Fanore and Spanish Point, which is a village in the parish of Milltown Malbay.

Thanks to the beautiful and versatile landscape of County Clare, the county has attracted a large number of filmmakers for the production of all kinds of filming projects. You might have recognized this vast county in the backdrops of several movies and TV shows, such as ‘Into the Badlands,’ ‘Harry Potter and the Half-Blood Prince,’ ‘Calm With Horses,’ and ‘Finding You.’

Read More: Is Smother Based on a True Story?