Where is Steven David Catlin Now? Is He Dead or Alive? 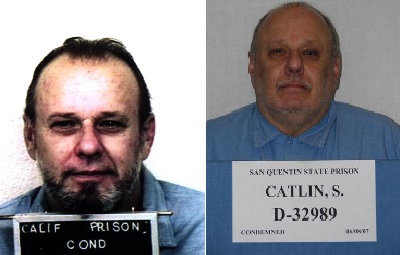 Steven David Catlin is one of the most notorious serial murderers who used a unique weapon to kill two of his wives and his mother. He was only arrested for the murders after toxicology reports showed that all three deaths resulted from a poisonous chemical. The case has been featured in Investigation Discovery’s ‘Third Time’s A Crime.’ We were curious to know more about this serial murderer, so we delved into the case and found out the details.

Who is Steven David Catlin?

Steven David Catlin was adopted by Glenn and Martha Catlin in 1944 when he was an infant. About forty years later, he killed his adoptive mother by poisoning her with paraquat, a herbicide that is lethal to human beings when ingested in its pure form. Author John Emsley in his book, ‘Molecules of Murder: Criminal Molecules and Classic Cases,’ alleges that Steven might have killed his father in the same way too. His list of murders committed does not end there. In 1976, he murdered his fourth wife, Joyce Catlin.

Thereafter, he married his fifth wife, Glenna Kaye Catlin, with whom he lived in Fresno, California. Glenna died in March 1984 after being admitted to a hospital with fluid in her lungs. In the same year, after Glenna’s death, Steven paid a visit to his mother with his new fiancée. A few days later, his mother died of an apparent stroke in December 1984. All this time, Steven’s third wife had been becoming increasingly suspicious about her former husband and started looking into the series of deaths in Steven’s family following Glenna’s death.

She talked to a local sheriff in Bakersfield about her suspicions. Autopsies of the tissue samples of Martha, Joyce, and Glenna revealed that the three women had ingested paraquat, which had led to their deaths. A bottle of the toxic herbicide was also found in Steven’s garage with his fingerprints all over it. In December 1985, Steven was charged with Joyce’s and Martha’s murders. He was indicted for Glenna’s murder following his marriage to his sixth wife.

Where is Steven David Catlin Now?

In April 1986, Steven David Catlin was convicted for the first-degree murder of his fifth wife, Glenna Kaye Catlin. According to a prosecutor, Catlin used to work for an agricultural company where he had access to paraquat. The prosecutor also stated that the probable motive behind Glenna’s murder was financial gain owing to the $57,000 life insurance policy Catlin had collected after Glenna’s death.

The defense attorney argued that the first symptoms of paraquat poisoning are known to appear within 24 hours, but there was a space of almost 48 hours between when Catlin had last seen Glenna and the time she started exhibiting symptoms from the poisoning. Moreover, the attorney added, a week had elapsed between the time Catlin had last seen his mother and on the day she had started showing symptoms. Steven was still found guilty. Thereafter, he was sentenced to life in prison without the possibility of parole.

In a separate trial, in 1990, the jury convicted Steven Catlin for the first-degree murders of both Martha and Joyce with special circumstances of financial gain, murder by poison, and multiple murders levied against him for the former’s murder. He was sentenced to life in prison without the possibility of parole for Joyce’s murder. The jury decided on the death penalty for Martha’s murder. Only after the verdict was given, Steven’s previous conviction in Glenna’s murder was introduced to the jury.

In 2001, the court upheld the death sentence following an appeal by Steven. An attorney told the court that Steven Catlin’s prosecution in Joyce Catlin’s death would not be fair based on the fact that two possible witnesses had died in the interim. The attorney further stated that the death penalty might not have been imposed on his client had he not been tried for Joyce’s and Martha’s murders simultaneously. But the arguments weren’t adequate to change the sentence. Steven Catlin is alive and is currently on death row in San Quentin State Prison, California.

Read More: How Did Glenna Kaye Catlin Die? Who Killed Her?