Where is The Cast of Sister, Sister Now? 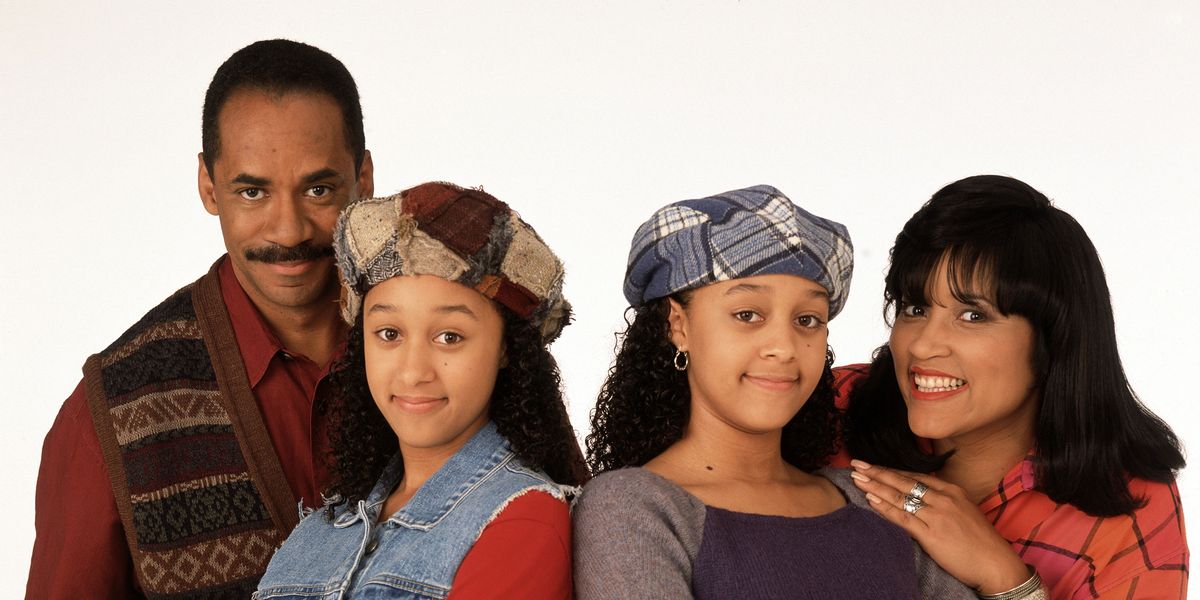 Popular American 90s sitcom ‘Sister, Sister’ follows the story of twin sisters Tia and Tamera who get adopted into different families as babies, only to meet years later. One day at the mall, the twins meet each other in a chance encounter in a clothing store. Tamera’s adoptive father Ray Campbell reluctantly allows Tia and her adoptive mother Lisa Landry to live with them because the twins don’t want to be separated anymore. But they are anything but like each other – Tia is an intelligent city-girl while boy-crazy Tamera is suburban. They often get into hilarious scrapes due to being identical. The show ran for six seasons, originally from 1994 to 1999. Curious to know where the cast of ‘Sister, Sister’ is now? Here’s everything we know.

Tia Mowry-Hardrict plays the brainy twin, Tia Landry on ‘Sister, Sister’. Her character was adopted by Lisa Landry, an aspiring fashion designer. Tia, now a married mother of two, is still acting and also expanding into producing. Most recently, she signed a three-film deal with Lifetime Channel to star in and produce three holiday-themed movies for their It’s a Wonderful Lifetime slate. Tia, alongside her twin, went on to star in the Disney Channel original movies ‘Seventeen Again’ (2000), ‘Twitches’ (2005), and ‘Twitches Too’ (2007) after ‘Sister, Sister’ ended.

Since then, Tia has also done a string of Lifetime and Hallmark movies, has acted on multiple tv shows like ‘The Game’, ‘Instant Mom’, and ‘Family Reunion’. She has also authored two books, one about pregnancy and another is a cookbook. Additionally, Tia also has a web-series of her own – ‘Tia Mowry’s Quick Fix’ – in which she shares tips on cooking, parenting, and exercising (among other things).

Tamera plays the goofy twin Tamera, who lives in the suburbs with her adoptive father. After the show ended in 1999, Tamera also continued acting, like her sister, in Lifetime, Hallmark, and Disney Channel movies. In 2013, Tamera started hosting the daytime talk show ‘The Real’, where she worked alongside comedian Loni Love, actress Adrienne Bailon, and TV personality Jeannie Mai. In July 2020, she announced through an Instagram post that she was stepping away from the show after seven years to pursue other projects. The 42-year old actress has recently found peace in cooking with her family, something she started doing quite often during the quarantine months.

Marques played Roger Evans on ‘Sister, Sister’, the twins’ annoying next-door neighbor. Marques was already a budding musician when he joined the cast of ‘Sister, Sister’. After the show, he continued with his musical gigs, releasing multiple solo albums through the 2000s. In 2010, Marques was hired as CEO of a production company (founded by his old band’s manager) called Footage Films. Footage Films has made many movies like ‘Will to Love’ (2015) and ‘A Weekend With Family’ (2016), which Marques starred in himself. Apart from appearing on multiple TV shows, Marques has also acted in movies ‘You Got Served’ (2004) and ‘Fat Albert’ (2004). Most recently, he has starred in a musical TV miniseries ‘Howard High’. He has recently gotten married to his 19-year-old girlfriend Miya Dickey in an intimate California wedding.

Tim Reid is Tamera’s uptight father Ray Campbell on ‘Sister, Sister’. Tim was an established comedian since before he starred in ‘Sister, Sister’. The comedy legend has since made guest appearances on several popular shows like the Disney Channel’s ‘That’s So Raven’, Fox’s ‘That ’70s Show’, and Oprah Winfrey Network’s ‘Greenleaf’. He has also done a number of films and TV movies as well. In 1997, while still working on ‘Sister, Sister’, Tim went into business with his wife actress Daphne Maxwell Reid and started New Millennium Studios, a full-service movie studio created to bring more production business to Virginia. They sold the studios in 2015.

Jackée Harry plays Tia’s fashion designer adoptive mom Lisa Landry. She was already a well-known sitcom star before she joined ‘Sister, Sister’, having won an Emmy for outstanding supporting actress in a comedy series for NBC’s 80s show ‘227’. Jackée made history as the first black woman to win an Emmy. Since ‘Sister, Sister’, Jackée has starred in several films and TV movies on OWN and Lifetime. She has also continued acting in TV shows (‘Everybody Hates Chris’), often making guest appearances as well.

Lee plays Tia’s boyfriend Tyreke Scott. He joined the main cast of ‘Sister, Sister’ in Season 5 and it was his big break. Lee has since had recurring guest roles on shows like NBC’s ‘ER’, CW’s ‘Girlfriends’, and FX’s ‘The Shield’. He also starred opposite Bernie Mac in ‘Guess Who’ (2005). Lee has also appeared in ‘The First Wives Club’ and ‘Survivor’s Remorse’, and more recently in Netflix-original movies ‘Nappily Ever After’ and ‘Coffee and Kareem’. Lee’s latest film appearance was alongside Keke Palmer in ‘2 Minutes of Fame’ in 2020.

Richmond is Tamera’s studious college boyfriend Jordan Bennett in ‘Sister, Sister’. He also joined the show in Season 5. He had already found fame as TV actor before joining ‘Sister, Sister’. Richmond did a string of teen movies in the early 2000s, such as, ‘Scream 3’ (2000), ‘Not Another Teen Movie’ (2001), and ‘Van Wilder: Party Liaison’ (2002). Since then, he has done a few small roles in TV and cinema, most notably and recently in the 2018 movie ‘What Matters’.

Read More: Where is The Single Wives Cast Now?