Where is The Houseboat Filmed?

‘The Houseboat’ is a Netflix Original docuseries that captures Olli Schulz and Fynn Kliemann’s effort to turn the late German singer, Gunter Gabriel’s houseboat into a production studio and stage. Although the series is more comedic than instrumental, it still offers a lot of insights for DIY fans, who might want to try the same. Since the series is about two entertainers working on a houseboat, most of the filming is done near the sea. People who love the docuseries might wish to know where exactly it is filmed. We, too, had the same curiosity, so we dug deeper into the locations. Here’s everything you need to know!

‘The Houseboat’ is filmed in Germany. The western European country has some of the most popular tourist attractions in the world. Its majestic mountains, beautiful beaches, and forests offer ideal shooting conditions; therefore, Germany is a sought-after filming location. As one of the world’s largest economies, the country has a significant influence on world geopolitics and economy. 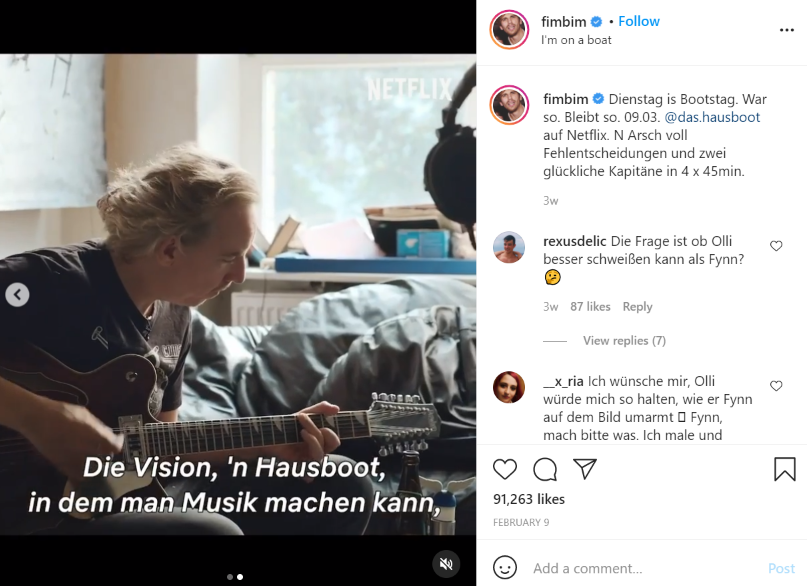 The country has a very high Human Development Index and is often praised for its tuition-free college education and the free universal healthcare system. Although the docuseries is shot in Germany, we were interested in finding out the exact regions in the country where it is filmed. So, let’s delve deeper and learn more about the actual shooting location.

‘The Houseboat’ is mostly filmed entirely in Hamburg, Germany. The city is one of the largest ports in Europe and is also a major hub for research and science. It has more than 40 theaters and over 100 music venues, so it is not surprising that Hamburg attracts millions of people who love to visit its cultural events, museum, cinema, and concerts. The city boasts a very high standard of living and is regularly ranked as one of the best countries to live in. Several well-known movies like ‘Tomorrow Never Dies,’ ‘Backbeat,’ ‘An American Tail,’ and ‘Charlie’s Angels’ were filmed in the city. 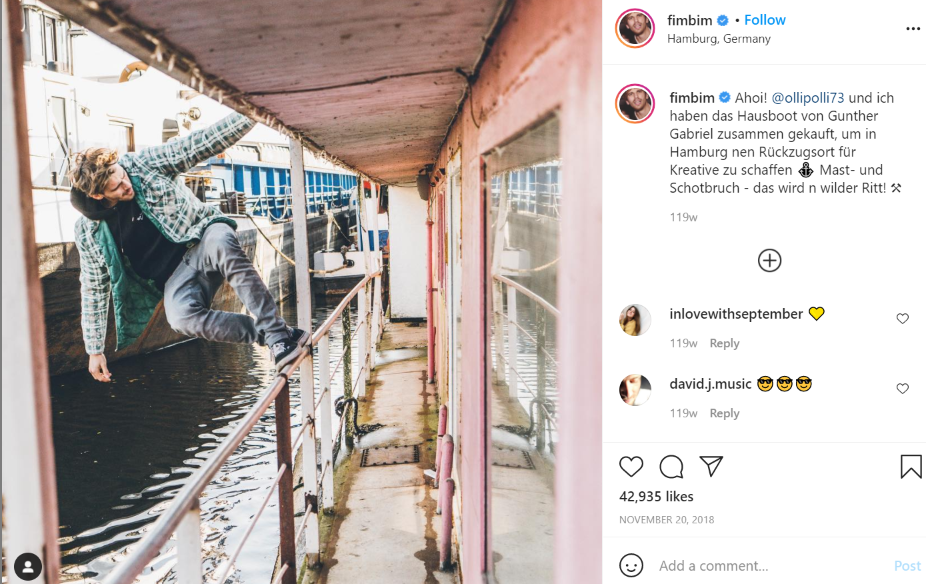 Interestingly, the German singer and composer Gunter Gabriel, whose boat Schulz and Kliemann are renovating in the series, used to live in Hamburg, Germany. Fynn Kliemann even posted on Instagram to let his fans know that he has bought Gunter’s houseboat to create a retreat for the creative people in the city. Hamburg, Germany, the suburban borough, is famous for its inner port and festivals that celebrate maritime culture. The Hamburg University of Technology is also situated here and well-known around the world for its engineering faculties and research.