Where is William “Jokes” Sotelo Now?

Netflix’s ‘Why Did You Kill Me?’ explores the death of 24-year-old Crystal Theobald through the interviews of her family members and law enforcement officials that were involved in the case. A major part of the documentary details how Crystal’s mother, Belinda, used fake profiles on social media to look for information regarding her daughter’s death. William Sotelo was one of those people she befriended, and he proved to be vital to the case. While he was involved in Crystal’s slaying, it was years before his whereabouts were finally known. Curious to find out where he is now? Here’s what we know!

Who is William Sotelo?

William “Jokes” Sotelo, a 17-year-old at the time, was a member of the 5150, a violent street gang in Riverside, California. Sometime after Crystal was dead, he had started talking to someone called Angel on MySpace. This was a fake profile set up by Belinda with Crystal’s image in order to find out everything she could regarding the people that were responsible for Crystal’s death. Through these conversations, he revealed that he drove a Ford Expedition, the same kind of car that was used during the shooting.

Eventually, Belinda went to the police with this information, and William was brought in for a voluntary interview. He gave the police the names of a few people who were with him in his car that night. He stated that his car was shot at first, but the authorities found no evidence of that. Since they didn’t have enough on him at that time, he was let go. Sometime in June 2006, Belinda sent him a message on MySpace through Angel’s profile that said, “If you claim you care about me so much, then why did you kill me? You don’t even know who you killed.”

William disappeared soon afterward, but the information he gave led to further arrests. It came to light that on the night of the murder, William, Julio, and a few others were driving around looking to retaliate after a rival gang had allegedly shot at one of their members. William was the one driving the car. In a terrible turn of events, Julio started shooting at the car Crystal was in because he thought that they were the members of the rival gang. Julio was arrested and convicted of murder in 2011, but William wasn’t arrested until 2016.

Where is William Sotelo Now? 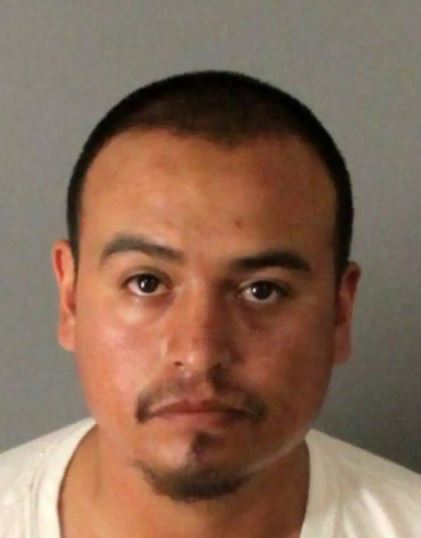 William Sotelo was finally found in May 2016 in Mexico. Belinda had previously received a tip regarding his location on Facebook. According to the documentary, he was married with four kids and was working as a chili farmer over there. Nonetheless, he was extradited to the United States immediately. In January 2020, he was charged with first-degree murder but instead pleaded guilty to voluntary manslaughter and was sentenced to 22 years in prison. As per prison records, he remains incarcerated at the Centinela State Prison in Imperial, California. He will be eligible for parole in May 2030.