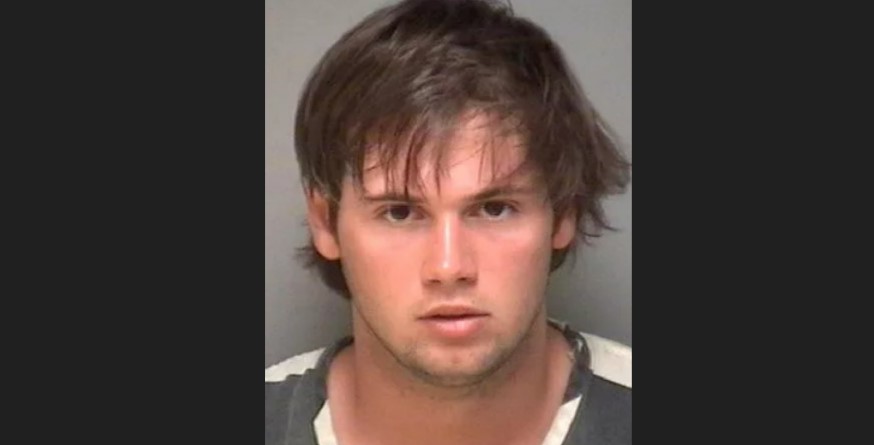 Crime Junkie Podcast’s ‘MURDERED: Yeardley Love’ focuses on a 22-year-old student-athlete who was killed in her bedroom in May 2010. The authorities’ focus shifted to Yeardley Love’s on-and-off boyfriend, George Huguely. As the investigation continued, the police learned of the events that took place on that fateful night, what led to it, and George’s troubling past behavior. So, if you’re wondering what happened to him since then, we’ve got you covered.

George Huguely V was born in September 1987 to Marta Murphy and George Huguely IV. He came from a prominent family who made money supplying lumber. George’s parents married in December 1983 but separated in February 1996, filing for divorce the following year; they had another child together before that. A lengthy court battle for the children’s custody followed, much of it playing out in front of the kids.

George played multiple sports in school, including football, lacrosse, and basketball. He then joined the University of Virginia and met Yeardley through common social circles; she also played lacrosse. During his time at the university, George displayed a lot of troubling behavior. In September 2007, he was arrested for reckless driving and, a few months later, for possession of alcohol as a minor. Furthermore, in 2008, George threatened to kill a female police officer and hurled racial and sexual epithets at her. He was eventually convicted of public intoxication and resisting arrest.

Sometime in 2009, Gavin Gill, one of George’s teammates, met Yeardley at a party. He later testified that at the time, she told him about breaking up with George. The two then got intimate, after which he went home. But Gavin then woke up to George attacking him. Another lacrosse player from North Carolina, Mike Burns, testified seeing George with his arm around Yeardley’s neck at a party in February 2010. She ran away after being released.

There was more discord between the two in the time leading up to Yeardley’s murder. Sometime in April 2010, she hit George with her purse, and their email exchanges were heated closer to the incident. One email had George accusing Yeardley of sleeping with another man to hurt him, and in another, he said, “I should have killed you.” When George was questioned, he told the police they had broken up shortly before Yeardley’s death.

George’s excessive drinking also contributed, with a friend stating that he was pretty intoxicated on May 2, 2010. The investigation revealed that George texted many women, asking them to meet before he headed to Yeardley’s home. In an interview with the police, he admitted to kicking her bedroom door open and shaking her while hitting her head against a wall multiple times. However, George claimed that his intention in going to Yeardley’s place was to try and reconcile.

Where is George Huguely Today?

The authorities also learned that George had injuries on his right leg, consistent with kicking something. During the trial, the defense contended that Yeardley possibly died due to complications from taking Adderall and added that her injuries were maybe from CPR. However, the prosecution had experts testify to Yeardley’s blunt force trauma resulting from an attack. In February 2012, George was convicted of second-degree murder.

In August 2012, then 24, George was sentenced to serve 23 years behind bars with credit for time served. In April 2022, he was in court again after Yeardley’s family filed a wrongful death claim against him. George testified, saying he had been heavily drinking in the time leading up to the incident and didn’t remember going into her room and injuring her. All George claimed to remember was blood from Yeardley’s nose.

George further said, “I miss her and think about her every day. I would do anything to take back that night. I take responsibility for what happened to her, and I should have never gone over to her apartment that night.” In the end, George was found liable in the civil suit, and a jury awarded $15 million in damages. Prison records indicate that he remains incarcerated at Beaumont Correctional Center in Powhatan County, Virginia. George will be in his 40s upon release, and as of 2017, was getting a college degree while behind bars.