Where to Stream Doom at Your Service? 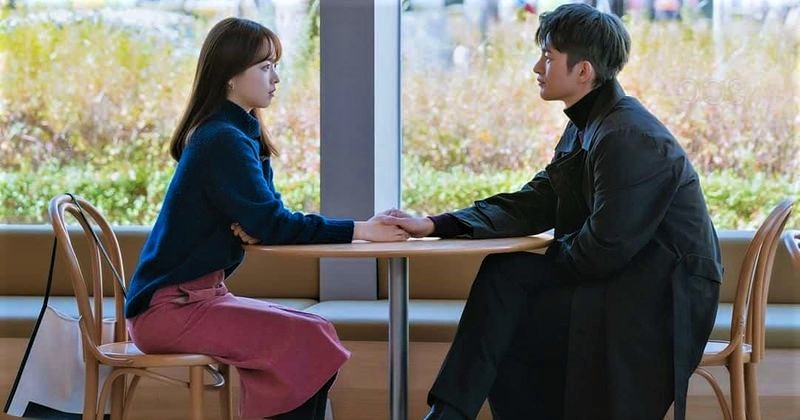 Starring Park Bo-young and Seo In-guk, ‘Doom at Your Service’ is a Korean fantasy romance series that revolves around the life of a young editor suffering from glioblastoma who has only a few months left to live. With Kwon Young-il as its director, the show tries to capture the frustrations of a woman whose life is slipping away from her at an age when she should be busy adulting. Curious to learn more about the show’s premise or where it can be streamed? We have got you covered.

What is Doom at Your Service About?

Tak Dong-kyung is an ambitious young woman who appears to have it all figured out. She has a supportive boyfriend, who is always there for her, while professionally Dong-kyung has a bright future ahead of herself as she is already an editor for a web novel company. Superficially, one may make the wrong judgment that she should be grateful for the life she has, but unfortunately, all is not as perfect as it appears to be. Dong-kyung has brain cancer, and she has only three months lefts to live, while her perfect boyfriend is actually cheating on her. He has a wife and is about to become a father soon.

As if these troubles were not horrible enough, Dong-kyung has to deal with a pervert who has been spying on her. After facing one setback after another, she unknowingly summons the messenger between god and humans named Myul Mang, who, empathizing with her pain, decides to fulfill her wishes. With everything on the line, Dong-kyung fearlessly makes a hundred-day pact with the supernatural being. But will it be enough to make her last days count? In order to find out, you should watch ‘Doom at Your Service.’ Here’s all the streaming information that you are going to need.

Is Doom at Your Service on Netflix?

Netflix has an impressive catalog of television shows and movies, but ‘Doom at Your Service’ is sadly not available on the platform. People who wish to watch other similar shows can instead stream ‘Was It Love?’ or ‘Run On.’

Is Doom at Your Service on Hulu?

‘Doom at Your Service’ is not accessible on Hulu, and subscribers will probably have to check other platforms to watch the series. However, they can also enjoy other Korean shows like ‘Absolute Boyfriend,’ ‘Just Between Lovers,’ or ‘The Light in Your Eyes.’

Is Doom at Your Service on Amazon Prime?

The romantic drama series is unlikely to arrive on Amazon Prime as video-on-demand. Subscribers will probably like romantic shows such as ‘Forever,’ ‘Modern Love,’ or ‘The Answer Man.’

Where to Watch Doom at Your Service Online?

‘Doom at Your Service’ releases on tvN in South Korea, and shortly after its broadcast, it is available internationally on Rakuten Viki.

How to Stream Doom at Your Service for Free?

You can watch the first two episodes of the show for free on Rakuten Viki, while the streaming service also offers a seven-day free trial for first-time subscribers. So, you can enjoy the Korean romance fantasy series free of cost, provided you watch it during the trial period. However, we recommend our readers pay for the content they wish to consume online.