Where To Stream Dr. Stone Season 2? 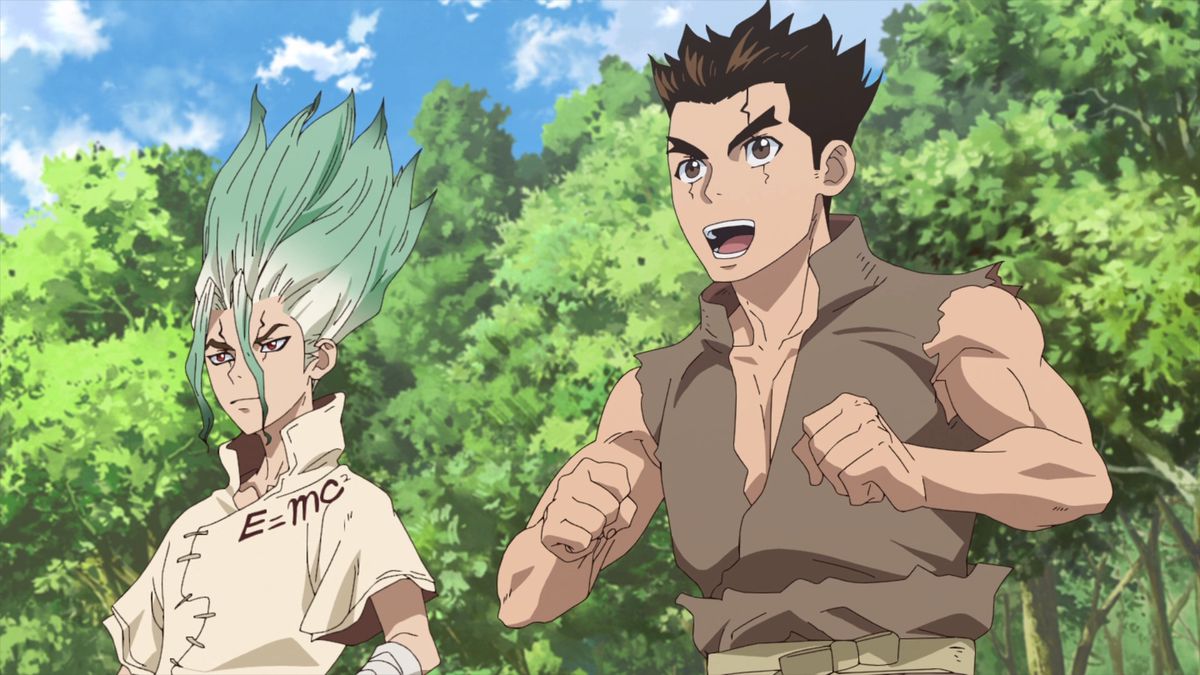 ‘Dr. Stone’ is an anime series that follows a science genius who wakes up more than 3000 years in the future, realizing that the entire human race has been frozen in time for hundreds of years. He starts waking up more people and tries to rebuild society and the technology that humans had previously. Soon, a faction of people, led by a warrior, try to disrupt the scientist’s progress because they believe that it was a technological advancement that brought about the years-long mass petrification of humanity.

The series is developed from a popular manga by Riichiro Inagaki (illustrated by the South Korean artist Boichi). Season 1 of the series premiered in July 2019 and concluded in December 2019. Season 2 was renewed shortly after season 1 finished airing. It is set to premiere on January 14, 2021. Curious to know more about the plot of ‘Dr. Stone’ and where to stream season 2 (also known as ‘Dr. Stone: Stone Wars’)? Here’s all you need to know.

What is Dr. Stone About?

In April 5738 A.D., science genius Senkū Ishigami wakes up from a petrified state after more than 3700 years. The rest of humanity has also been frozen all this time. After spending months trying to find out what exactly caused him to wake up, he realizes that it occurred due to nitric acid. Ishigami then prepares a blend that immediately rouses people out of their petrified state.

He releases his best friend Taiju Ōki, Yuzuriha Ogawa, a schoolmate of theirs, and Tsukasa Shishiō, a skilled martial artist. Ishigami’s intention to return the world to its previously-achieved scientific glory and technological advancement soon faces stark opposition from Tsukasa, who believes that man’s relentless pursuit of scientific distinction was the cause behind the mass petrification of humanity.

Is Dr. Stone Season 2 on Netflix?

Season 1 of ‘Dr. Stone’ is available only on Netflix Japan, as of right now. Netflix subscribers in the United States can alternatively watch another similar sci-fi fantasy anime series, ‘Sword Art Online.’

Is Dr. Stone Season 2 on Hulu?

‘Dr. Stone’ is not presently streaming on Hulu. Interested viewers can check out similar anime drama series, ‘Fafner: Heaven and Earth‘, as an alternate viewing option.

‘Dr. Stone’ is available to watch on Amazon Prime but only as video-on-demand. You can buy or rent specific episodes or full seasons and then stream on-demand. Prime members who are also fans of sci-fi anime can alternatively stream ‘Inuyashiki Last Hero‘, with a Prime subscription.

For audiences who live in Southeast Asia, the series can be streamed on iQIYI. The first season can be watched on Crunchyroll with original Japanese audio and English (and many other languages) subtitles. Funimation has an English Simuldub version of the anime.

How To Stream Dr. Stone Season 2 For Free?

Crunchyroll and Funimation both offer a 14-day free trial, so you can sign up as a first-time subscriber and avail yourself the free trial to watch ‘Dr. Stone’ at no additional cost. But we always advise our readers to pay for the content you’re consuming online.