Where to Stream Fairy Tail? 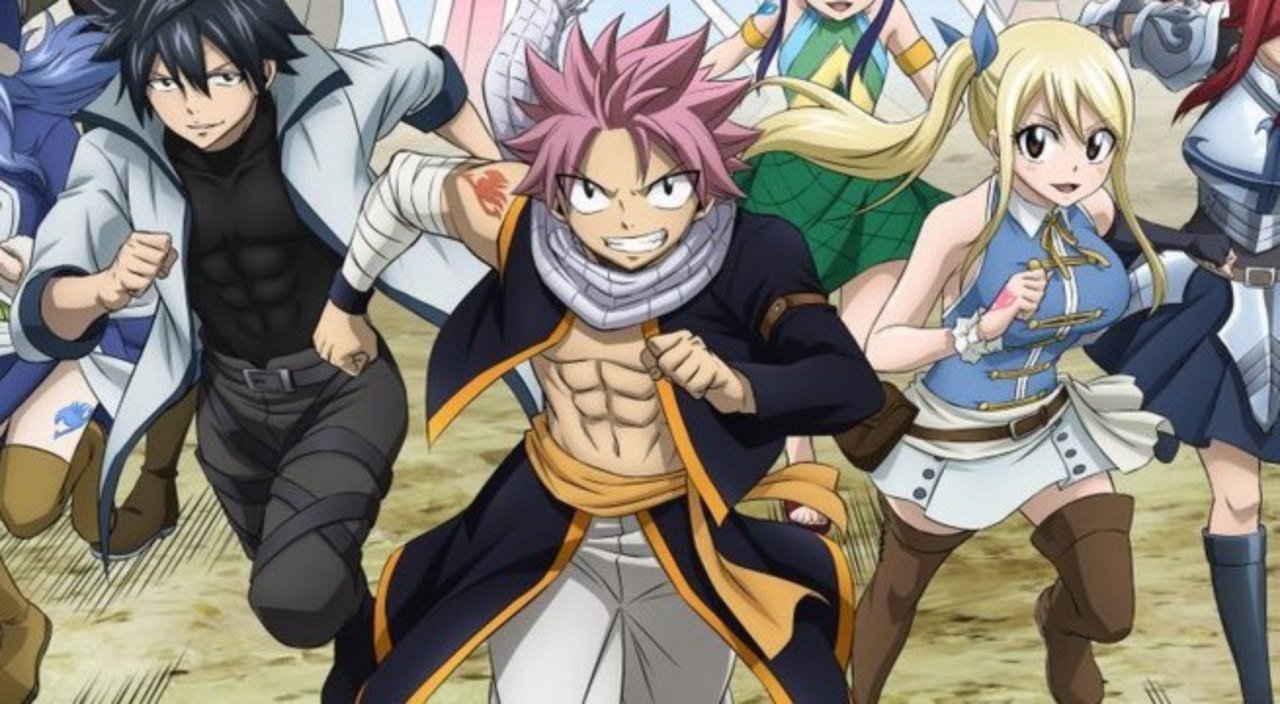 ‘Fairy Tail’ is a magic fantasy anime that follows Dragon Slayer wizard Natsu Dragneel, the celestial wizard, Lucy Heartfilia, and their team of guild members, who use magic to fight evil forces of Zeref, criminals, illegal guilds, and other threats to accomplish their missions. Based on the Japanese manga of the same name by Hiro Mashima, the series has garnered millions of fans over the years as it continues to have a significant influence on the anime world. If you are curious to know more about ‘Fairy Tail’ and where you can stream it, then you have come to the right place. We have got you covered.

What is Fairy Tail About?

Fiore is a mystical land of magic and wizards. It is also home to a great many guilds where mages use their magic for paid job requests. Out of all the guilds, Fairy Tail stands out as the most extraordinary. The Dragon Slayer wizard, Natsu Dragneel of Fairy Tail guild, meets Lucy Heartfilia, a celestial wizard, while looking for his foster father in the Kingdom of Fiore.

Lucy soon becomes friends with Natsu and his partner, Happy. Their team grows as they meet Gray Fullbuster, Erza Scarlet, Wendy Marvell, Carla, and they together embark on an adventurous journey in which they confront illegal dark guilds, criminals, and so much more. ‘Fairy Tail’ is arguably one of the best anime ever made, so if you wish to watch it, here are your options.

Is Fairy Tail on Netflix?

Unfortunately, ‘Fairy Tail’ is not available on Netflix as of now. However, we recommend watching ‘The Seven Deadly Sins,’ which follows the quest of a deposed princess who wants to get her kingdom back from tyrants.

Is Fairy Tail on Amazon Prime?

Yes, ‘Fairy Tail’ is available on Amazon Prime as video-on-demand. You can stream the HD episodes by purchasing them for $2.99; however, there is also an option to buy an entire season for $24.99, which will save you some money. Alternatively, you can watch ‘Vinland Saga‘ on Amazon Prime for free. The show follows Thorfinn, the son of the greatest warrior who is unfortunately born in an age of turmoil.

Is Fairy Tail on Hulu?

People who have a Hulu subscription are in luck, as the fantasy-magic series ‘Fairy Tail’ is available on the streaming giant.

Where to Watch Fairy Tail Online?

‘Fairy Tail’ is available for streaming on AnimeLab and Crunchyroll. If you have a Funimation subscription, then you can stream the fantasy-magic series there as well. People in European countries, especially France, can watch the show on Wakanim.

How to Stream Fairy Tail for Free?

Now, watching ‘Fairy Tail’ for free is not tricky at all; all you need to do is get is a free trial of Hulu, Crunchyroll, or Funimation, and you are good to go. Hulu offers a 30-day free-trial while Crunchyroll provides a 14-day free-trail. The free-trial period of Funimation is also 14 days.