Where to Stream Fena: Pirate Princess? 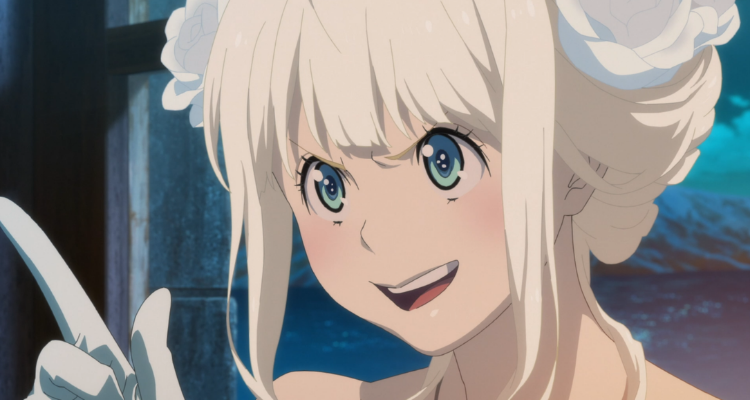 With the recurring theme of self-discovery serving as the basis of its premise, ‘Fena: Pirate Princess,’ the original Japanese fantasy anime revolves around a young orphan who, despite growing up in horrible conditions, manages to become the captain of a Samurai crew. She then embarks on a high seas adventure to discover the past of her mysterious family and to learn where she truly belongs. Created by Production I.G. and Kazuto Nakazawa, the high-anticipated fantasy anime is a co-production between Adult Swim and Crunchyroll. It truly has the potential to become a huge success, and here’s everything you need to know about it, in case you are planning on watching the show.

What is Fena: Pirate Princess About?

Raised as a servant in a brothel, Fena Houtman, a young teenager, has had a rough life. Orphaned at a young age, she never truly got to savor her childhood like an ordinary girl but was forced to confront the grim realities of life instead. After spending most of her days on an island where the inhabitants were used and discarded as per the convenience of the British Empire, the courageous teenager dares to break free from her captivity in order to learn more about the mysterious past of her family and find out where she truly belongs. It marks the beginning of a perilous journey that challenges young Fena to find her roots with a group of misfits that have their own motivations and dreams. To find out how her courageous leap of faith works out for her, you will have to stream ‘Fena: Pirate Princess,’ and here’s how you can do that.

Is Fena: Pirate Princess on Netflix?

No, ‘Fena: Pirate Princess’ is not available on Netflix, and it is highly unlikely to be accessible on the platform even in the future. People with a subscription to the streaming giant can instead watch the dark fantasy series’ Dorohedoro,’ which revolves around Caiman, the amnesiac lizard-headed protagonist’s search for his arch-enemy with his friend Nikaido’s help.

Is Fena: Pirate Princess on Hulu?

You can also reportedly watch the latest episodes of ‘Fena: Pirate Princess’ on Hulu + Live T.V. People with a basic subscription can alternatively stream ‘Hunter x Hunter,’ ‘Demon Slayer Kimetsu No Yaiba; or ‘One Piece.’

‘Fena: Pirate Princess’ is not accessible on Amazon Prime, but it may be included in its catalog at a later date. You can head here to check the show’s availability. In the meantime, Prime subscribers can alternatively watch the dark fantasy series ‘Dororo.’

Is Fena: Pirate Princess on Crunchyroll?

Crunchyroll subscribers are in luck, as ‘Fena: Pirate Princess’ is available on the platform. People who wish to stream the series on the platform can head to the official website here.

You can watch ‘Fena: Pirate Princess’ on Adult Swim’s official website or app. The show is also reportedly going to be accessible on Live T.V. streaming platforms such as SlingTV and AT&T TV.

How to Stream Fena: Pirate Princess for Free?

Hulu + Live T.V. offers a 7-day free trial, while Crunchyroll comes with a 14-day trial. So, you can stream the anime for free, provided you are a first-time subscriber and watch all the episodes in the trial period itself. However, we recommend our readers always to watch their favorite movies and shows online, only after paying from them.