Where to Stream Girl in the Basement? 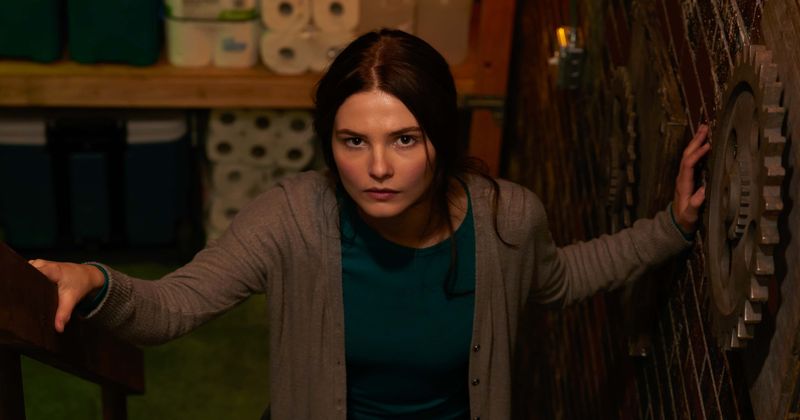 Inspired by harrowing real events, ‘Girl in the Basement’ is a psychological thriller film directed by Elisabeth Röhm. The film tells the spine-chilling story of a young girl, Sara, who is imprisoned by her controlling father on her 18th birthday. The film’s cast includes Stefanie Scott as Sara, Judd Nelson as her controlling father, Don, and Joely Fisher as his wife, Irene, in the lead roles. If you like to immerse yourself in psychological thrillers or true-story-inspired films, ‘Girl in the Basement’ will be a perfect fit for you, and here’s where you can stream it.

What Is Girl in the Basement About?

Sara, a cheerful young girl, lives with her mother, sister, and controlling dad. She is about to turn eighteen and is dating a boy, Michael, with whom she plans to run away after her 18th birthday. Her father, Don, finds about her plans and decides to stop her from leaving. He prepares a bunker in his basement and soundproofs it, making it into an inescapable prison for his daughter. Sara remains in confinement for many years, with Don performing horrific acts of violence, abuse, assault, sexual and mental harassment on Sara in the basement while the rest of the world thinks she has run away. The story is partly inspired by the real-life case of Elizabeth Fritzl and some other true stories.

Is ‘Girl in the Basement’ On Netflix?

Unfortunately, ‘Girl in the Basement’ is not currently available to stream on Netflix. However, if you are enthralled by true crime, we recommend ‘Abducted In Plain Sight’, which tells the horrific true story of a girl who her charming and unsuspicious neighbor abducts; twice.

Is ‘Girl in the Basement’ On Hulu?

‘Girl in the Basement’ is not yet available as a part of Hulu’s roster of titles which come with the basic subscription. However, you can stream the film on Lifetime with a Hulu Live TV subscription. The streaming platform also offers ‘Run’, a film about a young girl’s attempts to escape from her mother after learning the dark secret her mother has been hiding from her. The film’s premise should appeal to fans of psychological thrillers with a family twist.

Is ‘Girl in the Basement’ On Amazon Prime?

‘Girl in the Basement’ is available to buy on Amazon Prime as VOD. Alternatively, you can watch ‘Shameful Secrets’, which revolves around two children who live a seemingly normal suburban life but are secretly abused by their father.

Where to Watch Girl in the Basement Online?

‘Girl in the Basement’ is available to buy on VOD platforms, including Vudu, FandangoNOW, and Microsoft Store. You can stream the film on Lifetime’s official website using your cable subscription. The film is available for streaming on DirecTV, and Xfinity with a subscription. You can also stream the film on Spectrum with a subscription for a limited amount of time (until April 8, 2021). It will soon be made available for streaming on Google Play.

How To Stream Girl in the Basement For Free?

You can watch the film for free on Lifetime channel on live-TV platforms by signing up for a 7-day free-trial of FuboTV, and PhiloTV, or a 14-day free-trial of AT&T TV. You can also get a free trial of Hulu With Live TV to stream the movie.

Read More: Everything We Know About Girl in the Basement