Where To Stream Herself? 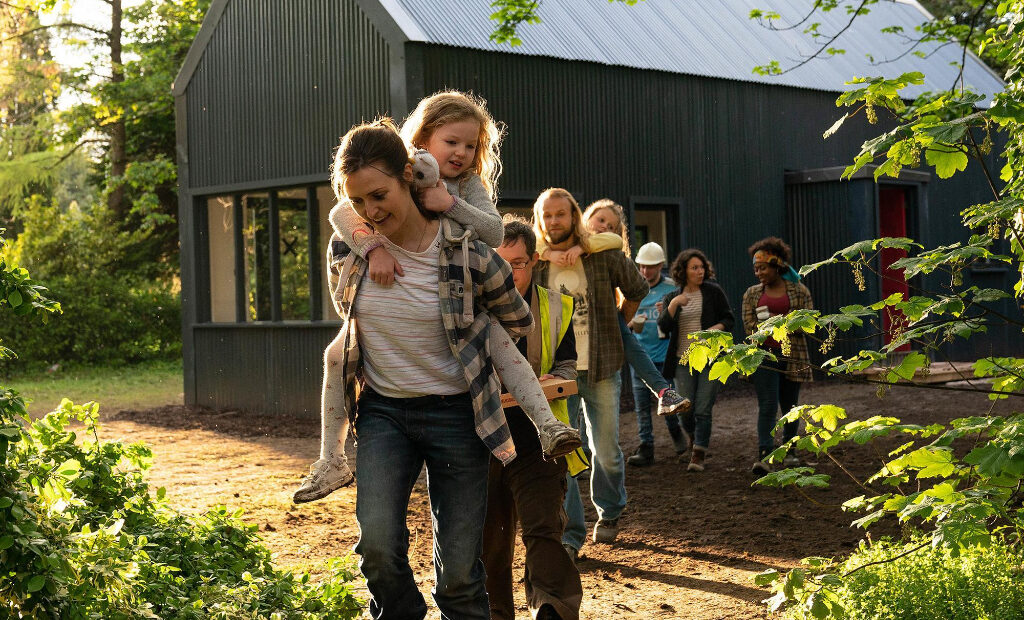 ‘Herself,’ directed by Phyllida Lloyd (who previously helmed ‘Mamma Mia’), is a heart-wrenching and ultimately winning story of harrowing domestic abuse, the escape from it, and the fall-out of that escape. It’s a mother’s tale of resilience and bravery, incredibly moving in its neo-realistic narrative. Curious to know more about the plot of ‘Herself’ and where you can stream it? Here is all that you need to know.

What is Herself About?

‘Herself’ is a movie about how a woman escapes her abusive husband and struggles to build a safe life for her two young daughters. Sandra has spent most of her married life taking a beating from her cruel husband, Gary. When she decides enough is enough, she takes her two young daughters and escapes from his brutal reach. Sandra goes to the public housing authorities, but they stash her away in a small hotel that requires Sandra and her girls to use the back entrance lest the paying customers see them. Help arrives in the form of an older woman, a friend of Sandra’s mother’s who Sandra helps take care of, and a kindly contractor. While her mother’s old friend offers her a plot in her backyard, the contractor puts together a weekend crew who all pitch in to build a small house for Sandra and her girls.

Is Herself on Netflix?

‘Herself’ is not on Netflix, but viewers looking for something similar can alternatively watch ‘Berlin Syndrome,’ which is a movie about a claustrophobic woman who realizes she’s trapped inside the apartment of her passionate one-night-stand, with no way to escape.

Is Herself on Hulu?

‘Herself’ is not available to stream on Hulu, but if you’re looking for films with similar themes of domestic abuse, you should check out ‘Gone Girl,’ a thriller about a deranged wife and a husband who cannot escape her.

Is Herself on Amazon Prime?

Yes, you can watch ‘Herself’ on Amazon Prime.

Where To Watch Herself Online?

As of now, ‘Herself’ is exclusively available to stream on Amazon Prime Videos only. Prime members will be able to stream it for free, while non-subscribers will have the option to rent or purchase the film to watch on-demand.

How To Stream Herself For Free?

Since ‘Herself’ is a part of Amazon Prime’s content roster, subscribers of Prime can watch the movie for free. You can take advantage of the fact that Amazon offers a 30-day free trial for all Prime services to first-time customers and sign up for the free trial to watch ‘Herself’ at no additional cost. We do, however, recommend that you pay for all the content you consume.

Read More: Best Movies About the Complexity of Women