Where to Stream Mars Red? 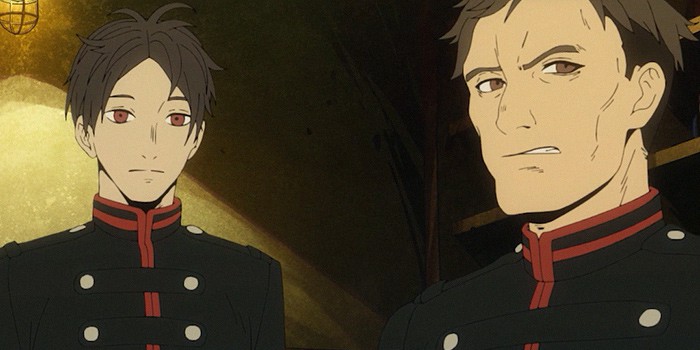 After the mysterious growth in the number of vampire hordes in Japan, the government decides to take things in control. In order to fight these devilish creatures, it establishes an army unit, Code Zero, that confronts the demonic beings and hunts them down. As Japan’s future hangs in the balance, Code Zero becomes the only hope for the people. Based on a play by Bun-O Fujisawa, ‘Mars Red’ is a supernatural action anime. Curious to know more about its plot and where you can stream it? You have come to the right place; here’s everything you need to know.

What is Mars Red About?

‘Mars Red’ takes us into the world where vampires are not just some mythical creatures but have, in fact, existed for a long time now. However, in 1923 for some strange reason, hordes of vampires are let loose across the city of Japan, and the recent developments are soon linked to the emergence of Ascra, an artificial blood source. Realizing the gravity of the situation, the Japanese government establishes Code Zero. Created by Lieutenant General Nakajima, the task of this army unit is to contain the recent emergence of the blood-thirsty creatures.

Although they have been historically used for other purposes in the light of the vampire crisis, their duty is to take on the vampiric forces. But interestingly, this vampire hunting is led by the Defrott, an S-rank vampire, along with the novice Kurusu. Will humanity emerge victorious in its pursuit of controlling the dark vampiric forces? Or will we see the end of Japan? In order to find out what happens, you should definitely watch ‘Mars Red,’ and here’s how you can do that.

Is Mars Red on Netflix?

Unfortunately, you can’t stream ‘Mars Red’ on Netflix. But there is nothing to be disappointed about; the subscribers can instead watch ‘Devilman Crybaby‘ which revolves around a demon, Akira, who has a heart of a human. After ancient demons emerge to conquer the world again, humanity finds itself facing an existential threat. Akira, who is a hybrid, sets out to protect the world from falling into further chaos and save demon-human hybrids.

Is Mars Red on Hulu?

‘Mars Red’ is not part of Hulu’s catalog of numerous exciting anime. However, for the fans of supernatural-action anime like ‘Mars Red,’ we do recommend watching ‘Mushi-shi.‘

Is Mars Red on Amazon Prime?

Amazon Prime subscribers cannot stream ‘Mars Red’ due to its unavailability, but they can alternatively watch ‘Kabaneri of the Iron Fortress‘ that captures humanity’s struggle against flesh-eating zombie-like creatures known as Kabane.

Where to Stream Mars Red Online?

If you have a Funimation subscription, then you are in luck, ‘Mars Red’ accessible on the platform. You can watch the series here. People in European countries like France can watch the supernatural-action anime on Wakanim. ‘Mars Red’ is also available on Animelab.

How to Stream Mars Red for Free?

‘Mars Red’ can be streamed online for free using the 14-day free trial offered by Funimation and Wakanim to their first-time subscribers.