Where to Stream Meander? 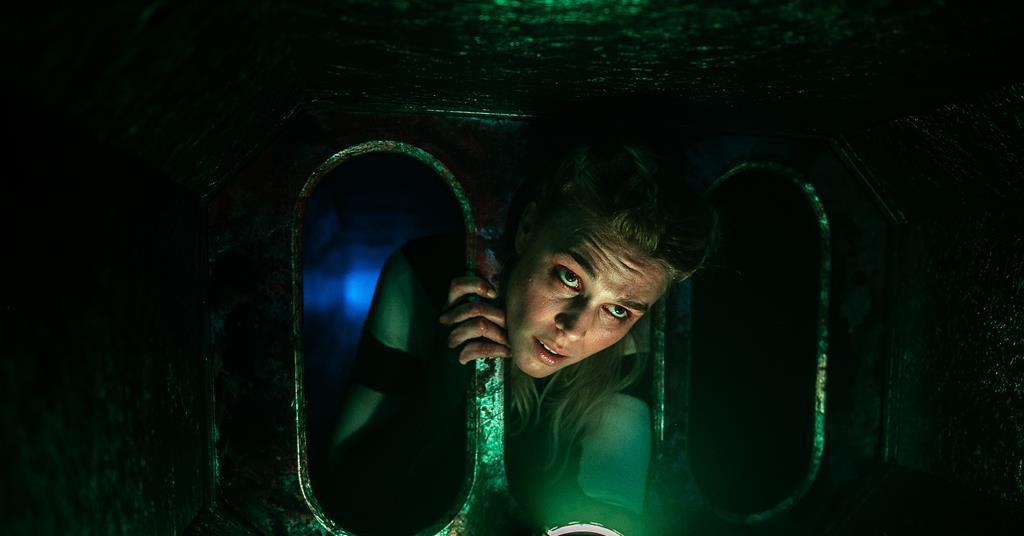 Featuring stand-out performances by Gaia Weiss, Peter Franzén, and Romane Libert, ‘Meander’ is a science-fiction horror movie that follows Lisa, a young woman who finds herself trapped in a set of tubes while struggling with the memories of her dead daughter. Curious to learn more about the Mathieu Turi directorial or where it can be streamed? You have come to the right place. Here’s everything you need to know.

What is Meander About?

Lisa, a mother grieving the death of her daughter on a deserted road, desperately looks for help and luckily gets a lift from a man named Adam. In her confused state, she could barely make sense of what has transpired, and before she can, her head suddenly hits the dashboard after Adam applies to break without any prior warning, and she immediately loses consciousness. When she wakes up, Lisa finds herself in a mysterious metal tube that soon imprisons her and begins to challenge her at every step.

A clock tied to her wrist becomes a warning of the impending doom, which can come in many shapes or forms. After getting pushed to her psychological extreme, she must protect herself from acid baths and skin melting fire that is continuously used by her captor to target her. With no knowledge of the motives of her aggressor or an escape, Lisa must gather all her inner strength to get to the other end of the tube and finally find freedom. But will she manage to do it?

Is Meander on Netflix?

Netflix subscribers who are looking for ‘Meander’ on the streaming giant will be disappointed since it is not accessible on the platform as of now. People with a subscription can instead stream ‘Bird Box,’ ‘The Silence,’ or ‘Circle.’

Is Meander on Hulu?

The sci-fi horror movie is not a part of Hulu’s catalog of horror films and is unlikely to arrive on the platform in the near future. But subscribers in the meantime can alternatively stream ‘Crawl,’ ‘No Escape,’ or ‘The Lodge.’

Is Meander on Amazon Prime?

‘Meander’ is expected to arrive on Amazon Prime as video-on-demand shortly. In the meantime, Prime subscribers can alternatively stream ‘Monsters,’ ‘The Uninvited,’ or ‘Take Shelter.’

Where to Watch Meander Online?

You can enjoy ‘Meander’ on popular VOD platforms such as iTunes, Redbox, and Vudu. The sci-fi horror film is also accessible on Spectrum and DirecTV. Google Play, FandangoNow, and Microsoft Store are expected to add it to their catalog in the near future. If you wish to watch the movie in theaters, then you can check for tickets here.

How to Stream Meander for Free?

Since the sci-fi horror film is only releasing on VOD platforms and theaters, it is unlikely to be accessible for free streaming any time soon.