Where To Stream Minari? 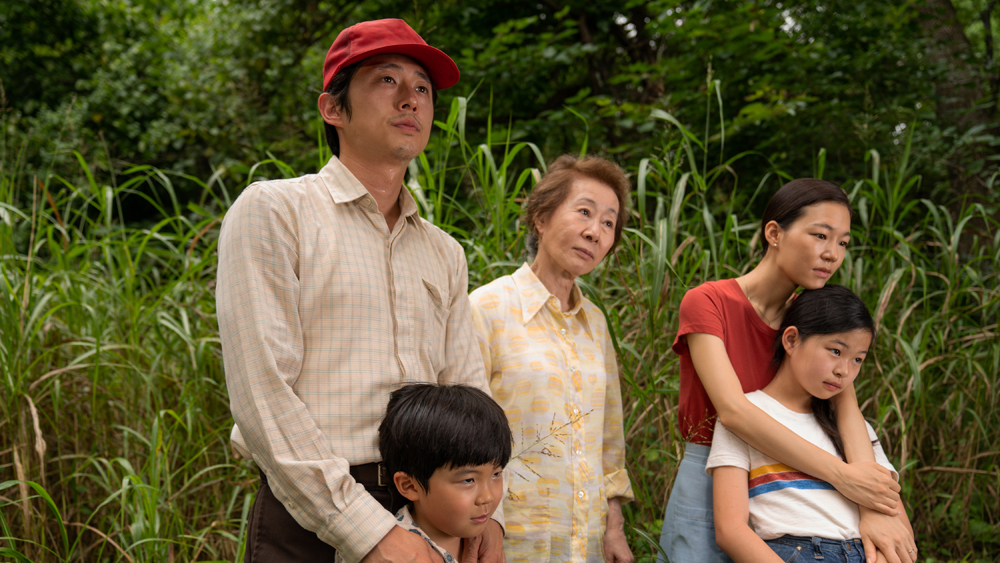 ‘Minari’, Lee Isaac Chung’s semi-autobiographical directorial venture (his fourth), is a sweet, gentle film that is also powerfully moving in its narrative. The story follows a Korean-American family as they attempt to assimilate into the American society in the 1980s after purchasing farmland in Arkansas. ‘Minari’ is a resilient Korean herb that grows practically anywhere it’s planted, so the film’s title is a metaphor for the family and it fits rather perfectly. Curious to know more about ‘Minari’ and where to stream it? We’ve got you covered.

Jacob (‘The Walking Dead’s’ Steven Yeun), in pursuit of a slice of the American Dream, moves his Korean-American family to Arkansas from California (where he and his wife used to sort baby chicks based on gender). His wife Monica is not very happy with the move. His kids, a stoic daughter and a precocious son, try to adjust to their new life on a farm, living in a trailer home as their father grows Korean vegetables on the 50 acres he’s purchased. When their grandma arrives from Korea to help raise the kids, young David is not completely on board because she doesn’t exactly fit his idea of a grandmother (she doesn’t bake). Forced to share his living space with her, David soon develops a sweet bond with grandma as she becomes his unexpected partner-in-crime.

Is Minari on Netflix?

‘Minari’ is not part of Netflix’s content roster at the moment, but interested viewers can watch these other drama films that are similarly touching and brilliant – ‘Horse Girl‘, ‘I Don’t Feel at Home in This World Anymore‘, and ‘We The Animals‘.

Is Minari on Hulu?

‘Minari’ is not available to stream on Hulu as of now. People looking for something similar to watch can checkout ‘People Like Us‘, ‘Beach Rats‘, and ‘Mary and Martha‘ instead.

Is Minari on Amazon Prime?

‘Minari’ is not on Amazon Prime presently but Prime members can alternatively watch these drama films that are heartfelt and moving, much like ‘Minari’ – ‘Honey Boy‘, ‘The Farewell‘, and ‘Brittany Runs a Marathon‘.

Where To Watch Minari?

‘Minari’ is not yet available to stream online. This film is awaiting a theatrical and on-demand release. A theatrical release is scheduled for February 12, 2021. We will update this space with links once the movie releases on VOD platforms.

How To Stream Minari For Free?