Where to Stream Physical? 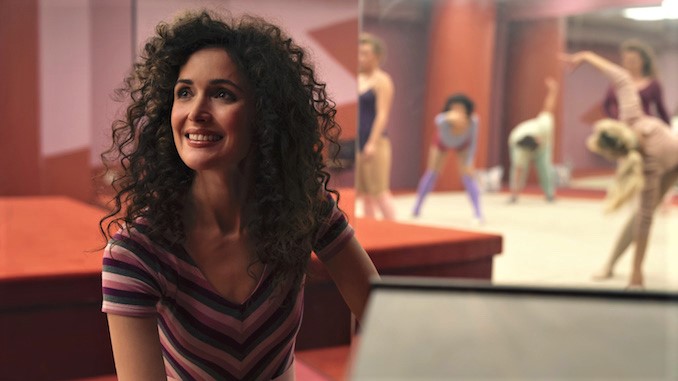 Starring Rose Byrne, Rory Scovel, and Dierdre Friel, ‘Physical’ is a comedy series that follows a dutiful housewife’s struggle with self-image issues and sexism, which ultimately puts her on a path to financial freedom and independence. In case the show sounds intriguing, and you wish to learn more about its plot or other streaming details, then you have come to the right place. Here’s everything you need to know.

What is Physical About?

Sheila is a housewife who lives in the America of the early 80s, which is slowly recovering from a recession. Her husband, Danny, loses his job as a teacher and immediately starts planning his bid for state assembly. However, the financial woes keep the Berkeley graduate couple on their toes. Regardless of the risks involved and the fact that Danny often treats her unjustly, Sheila still stands by his controversial husband. Although she projects an optimistic and cheerful exterior facade, deep down, she is going through a crisis of identity, which is made worse by her self-image issues. Desperately looking for some respite, Sheila falls in love with aerobics, unbeknownst that it will change her life forever.

Her passion helps her quickly master the hard part of aerobics, and Sheila soon sees a big opportunity in front of her. She firmly believes that aerobics can help people, especially women like her who have self-image issues. So benefitting from the growing videotape market, Sheila starts her own business that grows beyond her wildest imaginations. Her success does not come so quickly, and it also some far-reaching consequences that she never expects. To find out how her story unfolds, you should watch ‘Physical.’ Here’s all the streaming information that you are going to need for that.

Is Physical on Netflix?

No, ‘Physical is not accessible on Netflix as of now. However, viewers looking for a similar series can instead watch ‘Glow,’ ‘Workin’ Moms,’ or ‘Girlboss.’

Is Physical on Hulu?

Hulu subscribers will have to check other platforms as the comedy-drama series is not part of its catalog. But we do have a few recommendations for our readers. You can alternatively stream ‘Shrill‘ or ‘Party Down.’

Is Physical on Amazon Prime?

‘Physical’ is unlikely to be included as a video-on-demand option on Amazon Prime. However, subscribers can still enjoy ‘Wonder Wheel’ or ‘Brittany Runs A Marathon.’

Where to Watch Physical Online?

‘Physical’ is exclusively streaming on AppleTV+ and is unlikely to release on any other platform. If you have a subscription, then you can watch the comedy-drama series here.

How to Stream Physical for Free?

AppleTV+ comes with a seven-day free trial for its first-time subscribers. Therefore, you can stream the comedy-drama free of cost, provided you watch it during the trial period. However, we encourage our readers to stream their favorite movies and shows online only after paying for them.