Where to Stream Settlers? 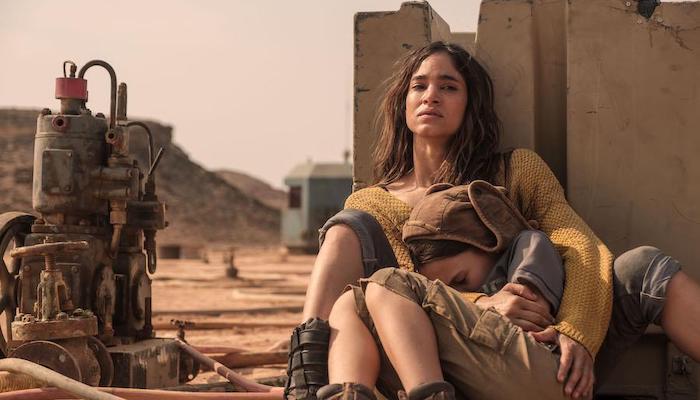 Directed and written by Wyatt Rockefeller, ‘Settlers’ is a science-fiction thriller movie that revolves around early Martian inhabitants who realize that they are not only going to have to survive cosmic elements but fellow human beings as well. The movie stars Sofia Boutella as Ilsa, Jonny Lee Miller as Reza, Nell Tiger Free (also Brooklynn Prince) as Remmy, and Ismael Cruz Córdova as Jerry. Curious to learn more about the film’s plot or where it can be streamed? You have come to the right place. Here’s everything you need to know.

What is Settlers About?

Space exploration has increasingly become a hot topic in contemporary time, which has torn the scientific community into two factions, one of which is optimistic about the future of humanity on other planets, while the other raises reasonable doubts. ‘Settlers’ tries to imagine the life of human beings on Mars, which is far from optimistic and in some sense paints a gruesome picture of how things might actually turn out once we reach there. The film, instead of exploring the scientific challenges, delves deeper into the kind of society that we may form on the Red planet. It follows a nine-year-old girl named Remmy and her family, who live an isolated life in a hostile environment and love to gaze at Earth which is no longer habitable.

Mankind’s earliest settlers have not only brought the essential things like crops and water that ensure their survival but also arms and ammunition. With little to no legal recourse to settle disputes, conflicts on most occasions, as one can predict, end in an ugly manner. Remmy’s family finds themselves in a similar situation when Jerry, a militaristic outsider, threatens to put an end to their peaceful existence by taking their lands. Sadly for the young girl and her loved ones, the intruder is willing to go to any lengths to get what he wants, including murder.

In case you wish to learn how the story unfolds and if Remmy survives or not, then you have to watch ‘Settlers.’ Here’s all the streaming information that you are going to need.

Is Settlers on Netflix?

Netflix subscribers will have to find other alternatives since ‘Settlers’ is not part of its otherwise impressive catalog of movies and television shows. If you are looking for a somewhat similar film on the streaming giant, then you might like ‘Stowaway’ or ‘The Midnight Sky.’

Is Settlers on Hulu?

Hulu’s current offerings do not include ‘Settlers.’ However, we recommend our readers alternatively stream ‘Proxima.’

Is Settlers on Amazon Prime?

‘Settlers’ is expected to arrive on Amazon Prime in the near future as video-on-demand. Meanwhile, subscribers can stream other science-fiction movies such as ‘First Signal’ or ‘Breach.’

Where to Watch Settlers Online?

You can stream ‘Settlers’ on platforms such as AppleTV, Spectrum, DirecTV, and iTunes (as video-on-demand). The science-fiction thriller movie is also releasing in theaters. So, if you prefer to watch films in cinema halls, then you can head here to book your tickets. Popular VOD platforms such as Redbox, Google Play, Microsoft Store, and Vudu are expected to add the film to their catalogs in the near future.

How to Stream Settlers for Free?

AppleTV offers a 7-day free trial but only for first-time subscribers. Therefore, you can stream the science-fiction thriller movie for free, provided you watch it during the trial period. However, we recommend our readers pay for the content they wish to consume online.