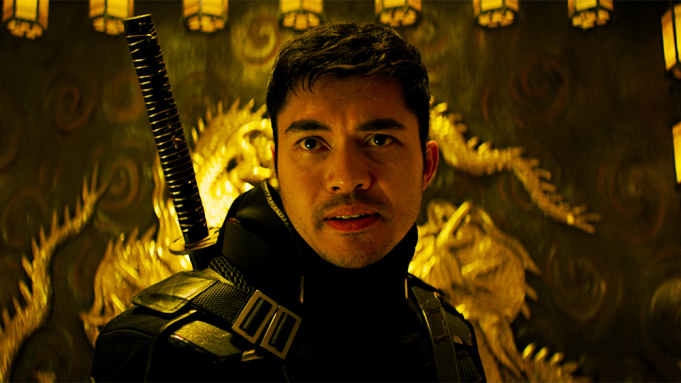 Starring Henry Golding, Andrew Koji, and Úrsula Corberó, ‘Snake Eyes: G.I. Joe Origins’ is a superhero movie directed by Robert Schwentke with Joe Shrapnel, Evan Spiliotopoulos, and Anna Waterhouse serving as the screenwriters. It revolves around a man named Snake Eyes, whose only purpose in life is to find his father’s murderer and to avenge his death. However, his relentless pursuit of the culprit ends up taking him to unexpected places that turn his life around. Curious to learn more about the film’s plot or where it can be streamed? You have come to the right place. Here’s everything you need to know.

What is Snake Eyes: G.I. Joe Origins About?

Snake Eyes is a lone fighter who makes his ends meet by drifting through odd jobs and fight clubs. He is burning with the desire for revenge ever since his father was murdered. All those years ago, he swore to find the culprit and bring him to justice. Unfortunately, his pursuit so far has not been as successful as he had imagined, and Snake Eyes is still quite clueless about the culprit’s whereabouts. The all-consuming emotion of vengeance soon leads him to the conflict between an ancient Japanese clan called the Arashikage and yakuza, when a man named Kenta enlists him for a dangerous mission. In return, Snake Eyes will get to meet his father’s killer and take his revenge.

However, as he embarks on his quest, it soon becomes clear to him that the conflict between the two factions is far more complicated than it appears. He later learns that on a much grander scale, the whole struggle is between G.I. Joe, the terrorism-fighting organization, and Cobra, a dangerous group that is hatching devious plans. In case the story sounds interesting, and you wish to learn how it unfolds, then you have to watch ‘Snake Eyes: G.I. Joe.’ Here’s all the streaming information that you are going to need for that.

Netflix subscribers will have to check other platforms since ‘Snake Eyes: G.I. Joe Origins’ is currently not part of its otherwise impressive catalog of movies. However, we recommend our readers stream ‘The Old Guard‘ or ‘Project Power.’

No,’ Snake Eyes: G.I. Joe’ is not accessible on Hulu as of now. Subscribers can alternatively watch ‘Hancock.’

‘Snake Eyes: G.I. Joe Origins’ is not a part of Amazon Prime’s impressive catalog. However, viewers looking for a somewhat similar film on the platform can stream ‘Takers‘ instead.

‘Snake Eyes: G.I. Joe Origins’ is only releasing theatrically as of now. If you plan on watching the movie in cinema halls, then you can head here to book your tickets.

How to Stream Snake Eyes: G.I. Joe Origins for Free?

The superhero film is currently not accessible on platforms that offer a free trial. Therefore, cord-cutters cannot watch the movie for free as of now.