Where To Stream Spell? 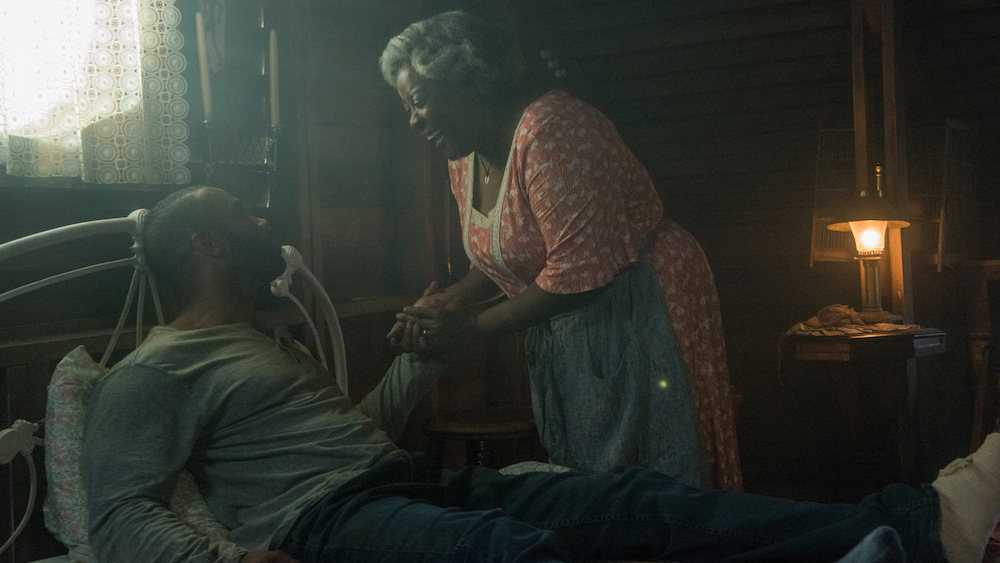 ‘Spell’ is a horror movie about a man who, on the way to his father’s funeral, crashes the private plane that he’s flying and wakes up in a creepy ramshackle building where a woman keeps him captive through the powers of her voodoo. Directed by Mark Tonderai and written by Kurt Wimmer, the movie stars Omari Hardwick and Loretta Devine in the lead roles. Loretta Devine is a pure joy to watch as the creepy voodoo priestess, while Hardwick makes for a convincing man stuck in a waking nightmare. Curious about where you can stream ‘Spell’? We will give you all the options along with a little summary of the plot.

What is Spell About?

When Marquis hears of his estranged father’s passing away, he gathers his wife and two teenage kids into a private plane and decides to fly to the rural Appalachian town where he grew up, and where his father’s funeral was. Before they can reach their destination though, Marquis and his family are hit by an intense storm and the plane crashes. When he regains consciousness, Marquis finds himself gravely injured and trapped in the home of a woman who calls herself Ms. Eloise. As Marquis tries to leave to find his family, Eloise’s menacing brute of a son manages to make him stay put. With Eloise’s threatening and spooky presence dogging his every move, he somehow has to escape from his voodoo prison and find and save his family.

Is Spell on Netflix?

‘Spell’ is not streaming on Netflix currently but fans of the horror genre can maybe watch ‘Malevolent‘, or, ‘Session 9‘, or ‘The Ritual‘. They’re all pretty dark and scary. Don’t say we didn’t warn you!

Is Spell on Hulu?

No, ‘Spell’ is not on Hulu but Hulu is home to a plethora of really great horror films such as ‘Behind You‘ and ‘The Lodge‘.

Is Spell on Amazon Prime?

‘Spell’ is not streaming presently on Amazon Prime but interested viewers can watch ‘The Escape Room‘ and ‘Fantasy Island‘ as alternatives.

Where To Watch Spell Online?

Viewers can buy or rent ‘Spell’ as video-on-demand from Vudu and Cineplex. As of right now, the movie is only being released on VOD.

How To Stream Spell For Free?

‘Spell’ is, unfortunately, not available for free streaming anywhere as of right now. The only way to watch this film is to pay for it. We always recommend our readers pay for the content they consume, as an encouraging gesture of support to the makers of the film.