Where To Stream TAR? 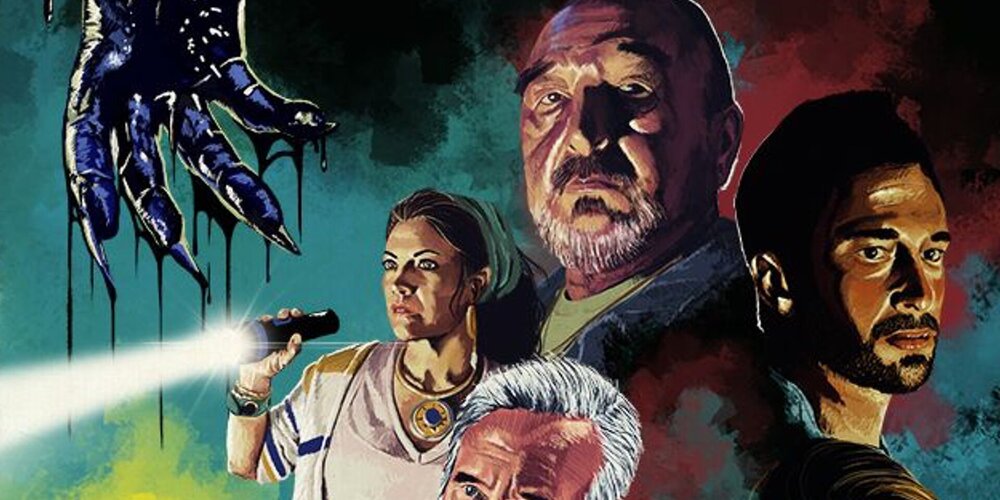 ‘TAR’ is a low-budget horror/thriller flick directed by Aaron Wolf, telling the story of an ancient creature that awakes after thousands of years and surfaces from deep beneath the La Brea Tar Pits in Los Angeles and wreaks havoc on the modern metropolis. Based on a popular legend, ‘TAR’ stars Aaron Wolf, Timothy Bottoms, and Graham Greene in the leading roles. Want to know more about the film’s story and where to stream it? Well, you’ve come to the right place.

What is TAR About?

Barry Greenwood and his son Zach are forced to wind up their family business and shut down shop because their office building is slated for demolition due to the underground subway being built in that area. The Greenwoods and their staff decide to spend one last night in the office to pack up and empty out the premises, but it all goes to hell when an ancient creature who had been sleeping for 40,000 years in the depths of the La Brea Tar Pits is awakened by the underground subway construction. As the creature emerges from the tar pits to destroy the City of Angels, the Greenwoods and their employees must do everything in their power to survive the night of horrors.

Is TAR on Netflix?

‘TAR’ is not available to stream on Netflix. However, fans of creature/monster horrors can watch ‘The Monster‘ instead, which revolves around a mother-daughter duo stuck in a broken down car as a horrific monster prowls around them. Another great option is ‘The Silence‘, which has terrifying creatures that hunt by sound.

Is TAR on Hulu?

‘TAR’ is not on Hulu but a good alternate watching option is ‘The Thing‘ (about a mysterious creature that can assume the shape of its victims), or the classic monster movie ‘Godzilla‘.

Is TAR on Amazon Prime?

‘TAR’ is not part of Amazon Prime’s streaming content but it is available for purchasing or renting as video-on-demand on Amazon Prime. For interested viewers, another really great creature/monster film to stream on Amazon Prime is ‘Crawl‘.

Where To Watch TAR Online?

‘TAR’ can only be purchased or rented as video-on-demand on iTunes and Fandango Now, apart from Amazon Prime.

How To Stream TAR For Free?

Currently, TAR is not available for free streaming on any of the streaming platforms. As of now, ‘TAR’ is only releasing as VOD that viewers can buy or rent online. As a general practice, we always encourage our readers to pay for the content they consume.

Read More: Where To Stream What The Constitution Means To Me?