Where to Stream Ted Lasso? 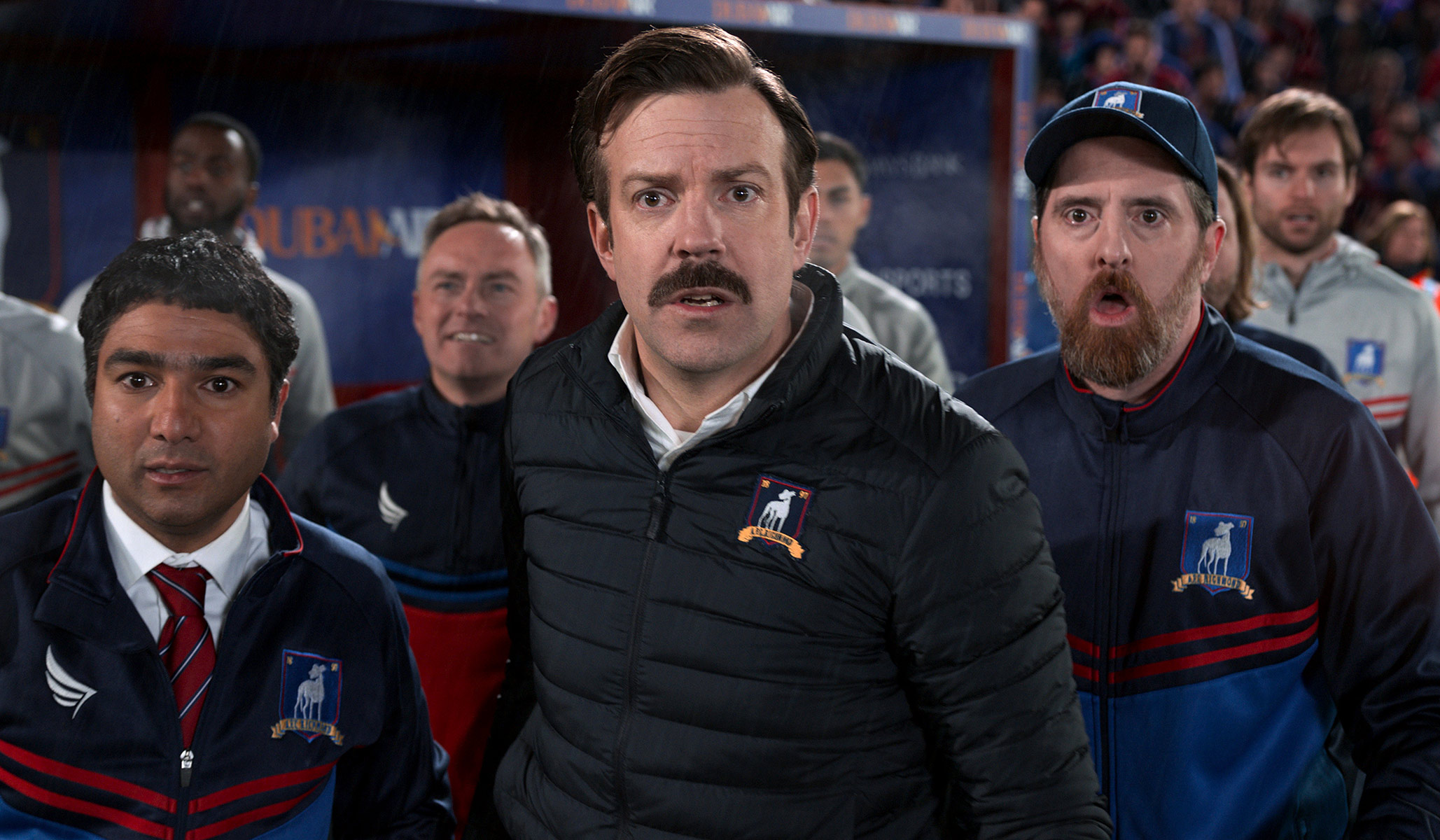 Developed by Bill Lawrence, Jason Sudeikis, Brendan Hunt, and Joe Kelly, ‘Ted Lasso’ is a sports comedy television series that revolves around an incompetent yet determined football coach who gets appointed to work with a professional English football team regardless of his lack of expertise. The show stars Jason Sudeikis, Hannah Waddingham, Jeremy Swift, and Phil Dunster. Curious to learn more about its plot or where it can be streamed? We have got you covered.

What is Ted Lasso About?

Ted Lasso is a college-level football coach who quite surprisingly happens to have no understanding of the intricacies of the game or the tactics that teams employ to outsmart each other on the field. However, regardless of his lack of knowledge and inadequate overall tactical expertise, Ted somehow gets selected as the coach of a professional English football team named AFC Richmond. It turns out that AFC Richmond has recently had a change of leadership, and Ted’s boss Rebecca Welton has now become the owner of the English team after her divorce.

Furthermore, she has not appointed Ted with the best interests of AFC Richmond in her heart and only wants to get back at her ex-husband. Rebecca believes that destroying the team that he has spent years building up will be the perfect revenge for cheating on her. Unaware of the drama behind his appointment, Ted with Coach Beard begins to work with the team. Although he lacks tactical expertise, Ted makes up for it with his uplifting presence and determination. But, will it be enough to protect AFC Richmond from sinking, something that Rebecca plans?

Is Ted Lasso on Netflix?

Netflix has a massive catalog of shows to entertain its subscribers, but ‘Ted Lasso’ is currently not a part of it. However, people with a subscription to the streaming giant can alternatively stream ‘The English Game’ or ‘Last Chance U.’

Is Ted Lasso on Hulu?

Hulu subscribers will have to find other alternatives since ‘Ted Lasso’ is not accessible on the platform as of now. Viewers looking for comedy shows can watch ‘Superstore’ or ‘Younger.’

Is Ted Lasso on Amazon Prime?

Where to Watch Ted Lasso Online?

‘Ted Lasso’ is exclusively streaming on AppleTV+, so it’s unlikely to be accessible on any other platform. People with a subscription to the streamer can head here to watch the comedy show.

How to Stream Ted Lasso for Free?

AppleTV+ comes with a 7-day free trial. Therefore, you can stream the comedy series for free, provided you are a first-time subscriber and can watch the entire show in the trial period. However, we recommend our readers to watch their favorite shows online only after paying for them.