Where to Stream The Father? 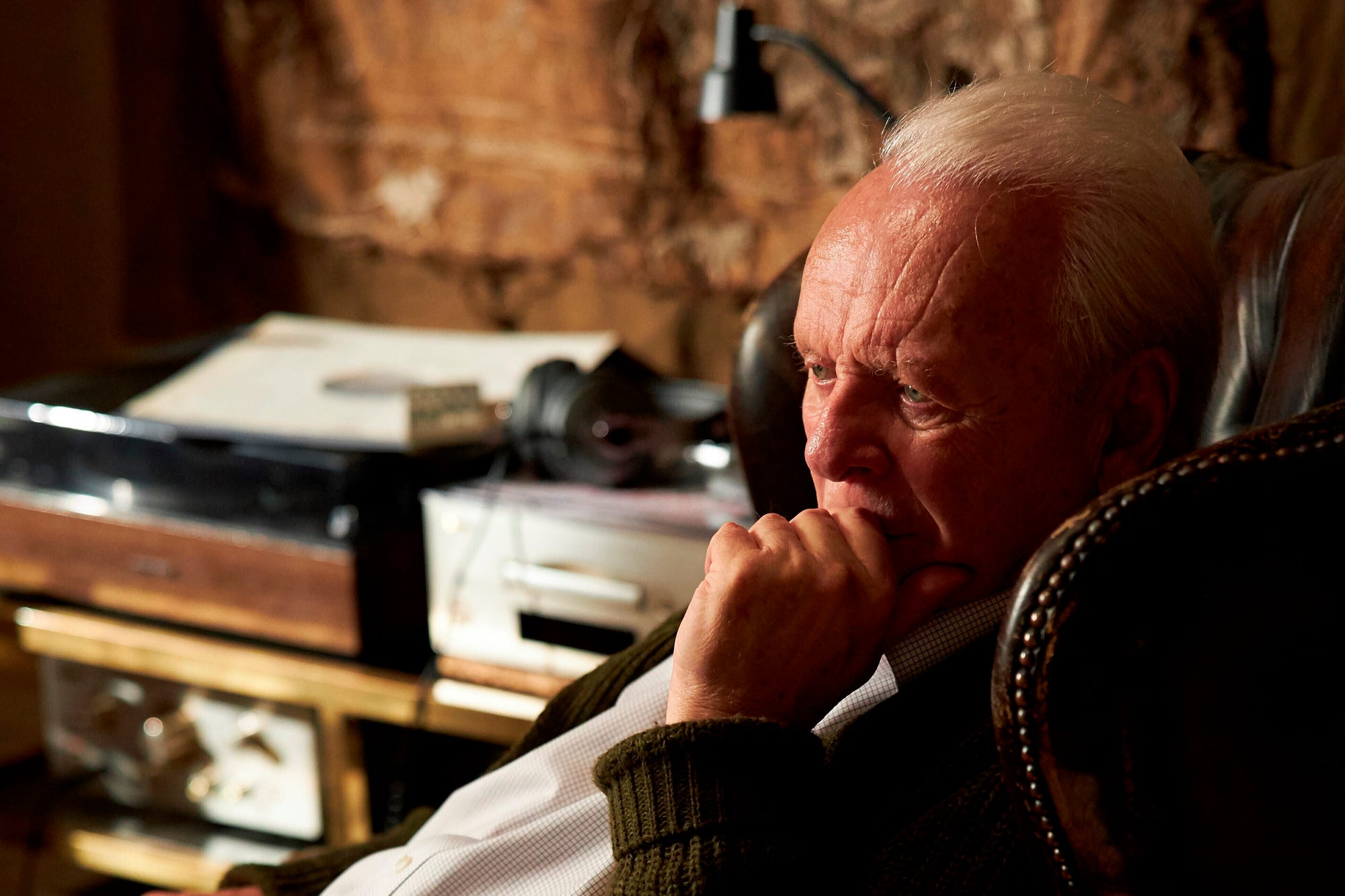 Starring Anthony Hopkins and Olivia Colman, ‘The Father’ is a drama film that revolves around an old man with dementia who leads a very confusing life due to his slipping hold on memory. Fortunately, his daughter stands by him through thick and thin. But as his belligerent behavior continues to inflict emotional harm on his loved ones, how much longer will they compromise for him? In case you are curious to know more about the film’s plot or where it can be streamed, then you have come to the right place. Allow us to help you learn all you need to know.

Anthony is an elderly man who refuses any help from caretakers despite Anne’s (his daughter) repeated appeals. His stubborn and belligerent behavior leads to several altercations between the father-daughter duo. However, in spite of the repeated annoyance that she has to deal with, Anne always forgives her father. Because of his degenerative dementia, he constantly forgets people, places, and events and grows increasingly confused and paranoid. As Anthony’s distrust of people around him begins to perplex him and he steadily loses his grip on reality, his hostile behavior severely affects the lives of those around him.

The friction thus created starts to put a lot of strain on Anne’s personal relationships as she desperately looks for an escape. The poignant story told from the perspective of an aged man who is losing himself to dementia has the potential to captivate viewers and constantly make them question their perceptions as the events in the film unfold. If the premise of the drama film appears interesting and you wish to know where ‘The Father’ can be streamed online, we have you covered.

‘The Father’ is currently not available on Netflix. Subscribers can alternatively watch ‘Pieces of a Woman,’ which is a riveting story of a mother dealing with the loss of her daughter.

Hulu subscribers will have to look for other alternatives as the film is not accessible on the platform. We recommend that fans of heartfelt and emotionally moving drama films watch ‘Nomadland.’

‘The Father’ is available on Amazon Prime as video-on-demand. You can rent the film for $19.99 here. Prime subscribers can alternatively watch ‘Moments in Spacetime,’ which revolves around Macie, a young girl who is entrusted with the responsibility of her grandfather, who has dementia.

Where to Watch The Father Online?

‘The Father’ is also available on VOD platforms such as Vudu, FandagoNow, Google Play, AppleTV, Microsoft Store, Redbox, iTunes, and Alamo on-demand. ‘The Father’ can also be streamed on Spectrum, Xfinity, and DirecTV.

How to Stream The Father for Free?

Since the film can only be rented or purchased as of now, it is not possible to stream it for free. We always encourage our readers to pay for the content they consume online.

Read More: Is The Father a True Story?