Where to Stream The Seventh Day? 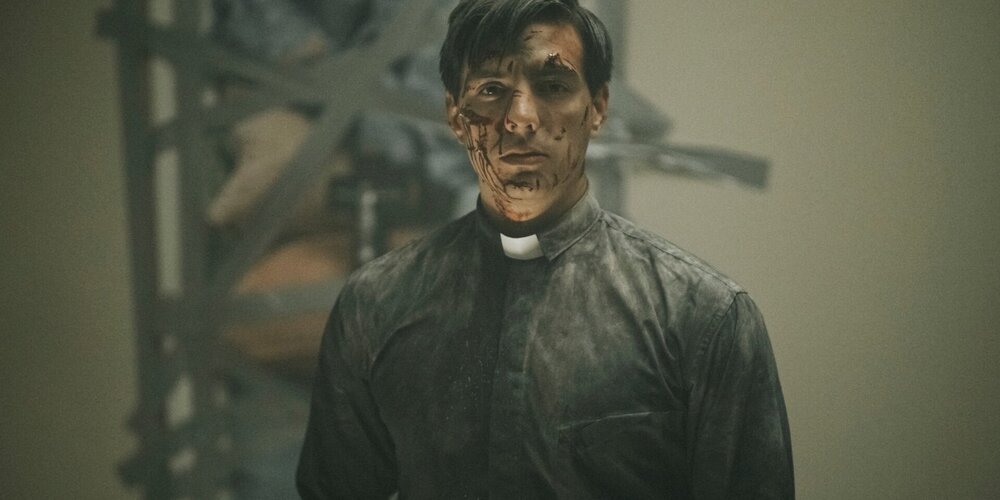 A seasoned exorcist takes a rookie priest under his wing and trains him to tackle the worst sort of demonic possession in ‘The Seventh Day,’ a horror film written and directed by Justin P. Lange. The movie stars Guy Pearce, Vadhir Derbez, Stephen Lang, and Keith David in the lead roles. Although the film has garnered average reviews from critics so far, it has enough creepy imagery and blood and gore to keep fans of the genre hooked right till the very end. Curious to know more about the plot of ‘The Seventh Day’ and where you can stream it? Here’s everything we know.

What is The Seventh Day About?

Father Daniel is a young and inexperienced priest who is just starting to step foot in the world of evil supernatural powers and exorcisms. Father Peter is a renowned exorcist who teams up with Daniel to train him as they attempt to save a young boy from malevolent demonic possession. The young boy, who is already locked up because he murdered his entire family in cold blood, might already be beyond saving, but Father Daniel has to try, no matter how terrifying it may be. Together, Daniel and Peter must fight the murderous demon and send it back to the depths of hell where it came from.

Is The Seventh Day on Netflix?

‘The Seventh Day’ is not currently on Netflix. However, Netflix has an impressive library of horror films that are specifically about demonic possessions and exorcisms. Fans of the genre who are looking for something similar to watch should check out ‘The Conjuring,’ ‘The Conjuring 2,’ and ‘Sinister 2.’

Is The Seventh Day on Hulu?

‘The Seventh Day’ is not streaming on Hulu presently, but viewers who want to watch something similar should alternatively try ‘Pure‘ or ‘I Trapped The Devil.‘ These are both great options to satisfy your horror cravings.

Is The Seventh Day on Amazon Prime?

‘The Seventh Day’ is not part of Amazon Prime’s subscription offerings as of now but may become available on-demand in the near future. That being said, Amazon Prime is home to some fantastic (and scary) horror films that should strike the right chord with fans of the genre – ‘Child’s Play,’ ‘The Hole in the Ground,’ and ‘The Hollow Child.’

Where To Watch The Seventh Day Online?

You can stream ‘The Seventh Day’ on the following VOD platforms where the film is available to buy or rent – Redbox, Vudu, FandangoNOW, DirecTV. For people who would like to watch it in the theatres, you can check for tickets and showtimes here.

How To Stream The Seventh Day For Free?

Unfortunately, ‘The Seventh Day’ is not streaming on any platform that offers a free trial, so it is not possible to stream the movie without paying for it at the moment. We will update this section if and when this status changes. We do request that all our readers pay for the content they consume so as to support the cinematic arts.