Where to Stream The Unholy? 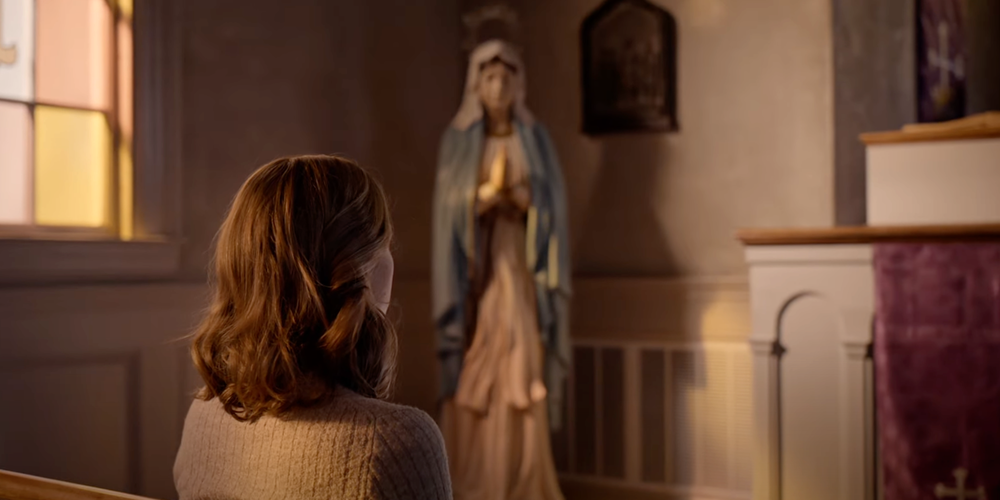 Based on James Herbert’s book ‘Shrine,’ ‘The Unholy’ is a supernatural horror film that follows the chilling story of a hearing-impaired girl who suddenly gains the ability to hear, speak, and cure others of their afflictions. But the question is – are the miracles she’s performing the work of the Virgin Mother Mary or something much more sinister? ‘The Unholy’ is adapted for the screen and directed by Evan Spiliotopoulos and stars Jeffrey Dean Morgan, Katie Aselton, and William Sadler in the main roles. Curious to know more about the plot of ‘The Unholy’ and where you can stream it online? Here’s everything we know about it.

What is The Unholy About?

Alice is a young hearing-impaired girl who gets miraculous powers after being supposedly visited by the Virgin Mary one night. She inexplicably starts hearing and speaking and can heal the sick. Believers from far and wide flock to the small New England town where Alice lives to witness her miracles, but some skeptics remain. Among these skeptics is a disgraced journalist (Jeffrey Dean Morgan), who investigates Alice’s so-called powers and the source of it, in hopes of reviving his career. What he doesn’t know is that he has stumbled into a plot of evil that’s using the Virgin Mother’s name to corrupt people’s minds and take their souls.

Is The Unholy on Netflix?

‘The Unholy’ is not available to stream on Netflix. However, if you’re a fan of supernatural horror films, we recommend watching ‘The Conjuring‘ (a pair of demonologists try to save a mother who is being targeted by a demon) and ‘Apostle‘ (a brother takes on a scary religious cult in order to save his sister).

Is The Unholy on Hulu?

‘The Unholy’ is not presently streaming on Hulu, but interested audiences can alternatively stream ‘The Devil’s Doorway‘ (two priests investigate a supposed miracle and encounter a woman possessed by the devil) and ‘The Haunting‘ (three insomniacs find themselves trapped in a real nightmare at an isolated New England mansion).

Is The Unholy on Amazon Prime?

‘The Unholy’ is not on Amazon Prime. Instead, we suggest that fans of the horror genre check out ‘Child’s Play‘ (sinister killer doll wreaks havoc) and ‘The Hole in the Ground‘ (a mother believes her young son is an imposter).

Where to Watch The Unholy Online?

For now, ‘The Unholy’ has only been released theatrically and is not available to watch on any digital platforms. We will update this space when the movie becomes available on-demand. Presently, if you want to watch this film, you can check out show timings and theatre tickets on either the film’s official website or Fandango.

How to Stream The Unholy for Free?

As stated above, ‘The Unholy’ can only be watched in theatres as of now and is not available for online streaming, free or otherwise.