Where to Stream Them? 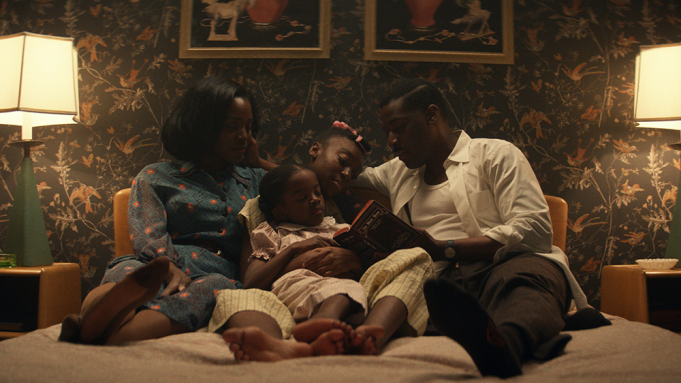 ‘Them’ is a horror anthology series that follows a family trying to find a home where they can live in peace. Unfortunately, despite embracing a new life in North Carolina, they confront the same demonic evil forces that haunted them in the past. But are these forces supernatural? Or a figment of their imagination? While exploring American horrors in the 1950s, the series captures several socio-political issues of the time and may intrigue many viewers. If you are also curious to know more about the series or where it can be streamed, then you have come to the right place. Here’s everything you need to know.

What is Them About?

‘Them,’ set in an era of great political and social strife, follows a black family who flees to an all-white neighborhood in North Carolina after getting traumatized by malevolent forces. They hope that moving to a new locality and starting afresh will help them escape the horrors of the past. Unfortunately, they are in for a huge disappointment as evil demonic forces continue to pursue them. Although there is a twist, the demons they are facing are, in fact, humans who are unable to give up their racist segregationist mindset.

As the pressure on the family to leave their new home mounts, several supernatural occurrences point to sinister forces at play. Is the family only facing the wrath of the residents of their all-white segregationist community? Or is their scary supernatural past still pursuing them? To find out, you must watch the horror anthology series. In case you are wondering how you can do that, well, we have got you covered.

Is Them on Netflix?

‘Them’ is currently not part of Netflix’s impressive catalog of great horror shows. However, the subscribers of the streaming giant can instead watch ‘When They See Us,’ which captures the horrifying story of five Harlem teens who are falsely accused of a crime that they did not commit. Facing media-trial and other psychological tortures by a deeply racist society, the series captures critical social issues of the twentieth century that still need to be discussed.

Is Them on Hulu?

‘Them’ is not available on Hulu, but we do have an excellent alternative suggestion for our readers. If you’re a fan of horror, you must watch the drama series ‘Lovecraft Country,’ which follows Atticus Black as he embarks on an unforgettable journey to look for his missing father in Jim Crow America of the mid-twentieth century.

Is Them on Amazon Prime?

Yes, ‘Them’ is available for streaming on Amazon Prime. People who have a subscription can watch the series here. The show is an exclusive offering from Amazon Prime.

Where to Watch Them Online?

Unfortunately, ‘Them’ can only be streamed on Amazon Prime and is not available on any other streaming service or as video-on-demand.

How to Stream Them for Free?

Amazon Prime offers a 30-day free trial to its first-time subscribers. Therefore, you can stream the series free of cost on the platform, provided you watch it within the trial period. However, we always encourage our readers to pay for the content they consume.

Read More: Is Amazon Prime’s Them Based on a True Story?