Where Is Breeders Filmed? 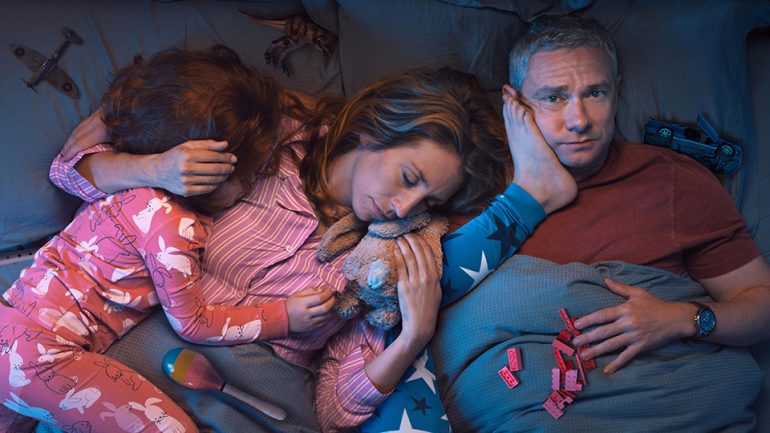 ‘Breeders’ is a sitcom that does not hold back when it comes to exploring the difficulties of parenting. There have been numerous comedy series revolving around parents raising their children. These shows often tend to put parenting on a pedestal and portray the parental urges of the characters in a somewhat whitewashed, ideal manner.

However, that is a result of social conditioning. Sometimes, parents just want to kill their children (according to the series, not us) because of how demanding the job can be. In ‘Breeders,’ Martin Freeman’s character discovers that he is not quite the man he assumed he was. He realises that, sometimes, he just feels like doing the unethical thing and take a break from parenting.

However, Paul’s (Martin Freeman’s character) wife, Ally suddenly shows up at the couple’s house. The two are soon forced to take him in and it turns out to be similar to parenting a third child. However, this “child” is opinionated and hard to control by a candy bribe or just plain disciplining.

Many people might be wondering where Martin Freeman’s ‘Breeders’ has been filmed. The show which takes a look at parenting offers a unique spin on sitcoms that broach the topic of parenthood. The setting does not play a very major role in the television series but it would still be interesting to know where the show has been filmed.

Similarly, ‘Breeders’ had also been filmed in the city of London in the United Kingdom. The series is almost entirely filmed in the English capital. A large number of British productions are filmed in London, and the reason for that does not need to be explained.

Details regarding the filming locations of ‘Breeders’ have been scarce. Hence, a complete list of all the location used to film the show is not available. Yet, local sources have reportedly spotted Martin Freeman and co. filming on the streets of London. Hence, apart from confirming the city where filming took place, such reports also indicate the specific locations where the series had been filmed.

For instance, have a look at the following Instagram post. It reveals how a house in Clapham serves to be an important filming location for ‘Breeders.’ To be more specific, this house was used to depict the main family home of the protagonist. It is likely that the house appears on the series a lot because of that.

Furthermore, we could gage the filming location from another Instagram post, attached below. As you can see in the video, the pub Dirty Dicks can be seen. The pub is located on 202 Bishopsgate in Spitalfields. Hence, this confirms that filming took place at Spitalfields.