Where Was Brooklyn Nine-Nine Season 8 Filmed? 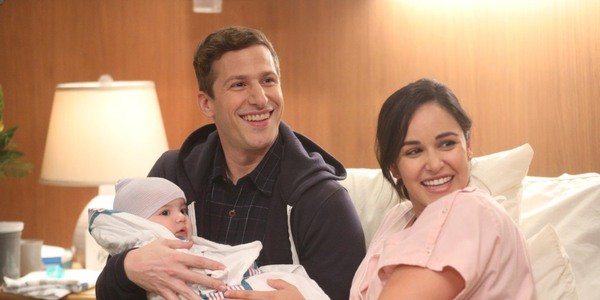 Created by Dan Goor and Michael Schur, ‘Brooklyn Nine-Nine’ is a police procedural sitcom that centers upon the personal and professional life of a group of detectives of the New York City Police Department in Brooklyn. Since its inception in 2013, the workplace-comedy finds the funny in most mundane matters and entertains viewers with rib-tickling anecdotes. The eighth and the final season of the series is no different. Therefore, it is natural for fans to wish to learn more about its filming locations. So, where exactly was the final season of ‘Brooklyn Nine-Nine’ shot? Curious to find out? Allow us to be your guide.

‘Brooklyn Nine-Nine’ season 8 was filmed entirely in California. The production of the final season was put on hold on December 31, 2020, due to the global coronavirus pandemic. However, after a few months, the cast and crew resumed filming in April 2021, and the shooting ultimately wrapped up in June 2021. COVID-19 forced the producers to adopt several innovative methods to avoid the infection from spreading on the sets.

The actors were regularly tested while social distancing became the norm. However, despite all the precautions in place, the filming was delayed once, as already mentioned, because of the increasing cases in the region. The resilience shown by the cast and crew members intrigued us, so we decided to investigate further to learn more about the final season’s production. Here’s everything we know found out about the specific filming location of ‘Brooklyn Nine-Nine’ season 8.

The principal photography took place in and around regions in Los Angeles. Situated adjacent to the Pacific Ocean, the sprawling Southern Californian city is known for being home to the center of entertainment – Hollywood, ethnic and cultural diversity, beautiful skyline, and eye-catching natural locales that include snow-capped mountains.

Filming in the region was done in several places, especially at the Universal Studios Hollywood located at 100 Universal City Plaza, Universal City in Los Angeles County, a few miles from the City of Angels.

The previous seasons of the show were filmed mainly at the CBS Studio Centre, located at 4024 Radford Avenue, Studio City in Los Angeles in the San Fernando Valley. Several scenes of the eighth and final season were also shot at the studio complex.

Apart from basic amenities, the studio offers 18 sound stages with modern equipment to facilitate the production of shows and movies.

A few scenes were reportedly shot at Paramount Pictures Studio on Melrose Avenue in Los Angeles. Terry Crews, who essays the role of Terry Jeffords, posted a photo on Instagram to express his gratitude for being part of the show for eight years.