Where Was Good Burger Filmed? 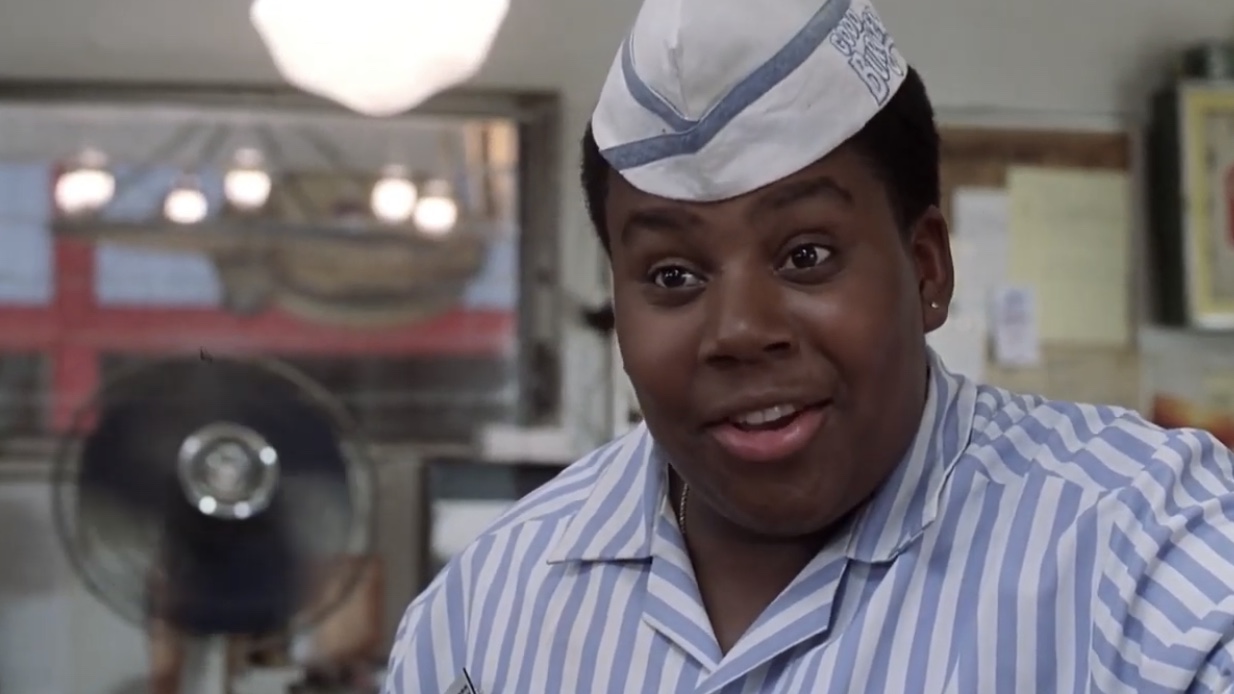 ‘Good Burger’ is a comedy film starring Kenan Thompson and Kel Mitchell – the hilarious duo, who, at one minute, would be doubling up viewers with their laughable antics and the other, making us scratch our heads at their blatant absurdity. It is an extension of the Nickelodeon series ‘All That’, which fans limitlessly adore and love. In ‘Good Burger,’ the duo engages in what can be called another series of misadventures cracking us up.

The film is set around a low revenue-generating burger joint that the main characters struggle to keep in business. Ed’s (Kel Mitchell) catchphrase “Welcome to Good Burger, home of the Good Burger, can I take your order?” has famously stuck around with the audiences. As a tribute to this memorable comedy piece, an establishment called Good Burger was set up in Los Angeles in 2019. If you’re wondering where the filming of the movie actually took place, we have got you covered.

‘Good Burger’ starting filming on March 9, 1997, and wrapped up in April 1997. The production predominantly moved to West Covina, California, for its shooting. Let’s get into details.

A significant part of the movie was filmed in South Glendora Avenue in West Covina. The plot kicks off with Dexter Reed (Kenan Thompson) derailing his teacher Mr. Wheat’s (Sinbad) car in an accident. To cover up financial costs for the damage caused, Dexter ends up working in Mondo Burger, a soon-to-open decent burger establishment owned by Kurt Bozwell (Jan Schweiterman). Portrayed as a successful chain, Mondo Burger was a fabrication credited to the remodeling of Samantha Courtyard shopping center at 450 South Glendora Avenue, West Covina.

Dexter gets into a fight with the owner and subsequently leaves. He starts working in a smaller burger joint called Good Burger, which was actually a setup created in what is termed Manny’s El Loco at 437 Glendora Avenue, a Mexican food joint situated right across the shopping center. Good Burger is incessantly in competition with Mondo Burger, which starts off with a grand opening.

#TBT some behind the scenes shots from The Dance Escape at Demented Hills Asylum from the GOOD BURGER film. Anyone got a favorite Good Burger scene??  #GoodBurger #AllThat #Throwback pic.twitter.com/D1m0rXYam7

The car that stood in as the Burger Mobile survived all these years, the legacy of which existed as a battered version of this iconic vehicle in Daytona Beach, Florida. However, in December 2020, it was towed to High Pointe Drive-In on 1033 McCausland Avenue in St. Louis. Reportedly, the iconic vehicle underwent around $20,000 worth of repair work.

The movie features another location that recalls familiarity in the audiences – the Malibu Castle Park Mini Golf and Arcade. The scenes comprising the area were filmed in Redondo Beach, California. Known for its vast and varying indulgence in outdoor activities, Redondo Beach stands as a coastal city in Los Angeles County, running along Santa Monica Bay’s southern area.