Where Was Inception Filmed? 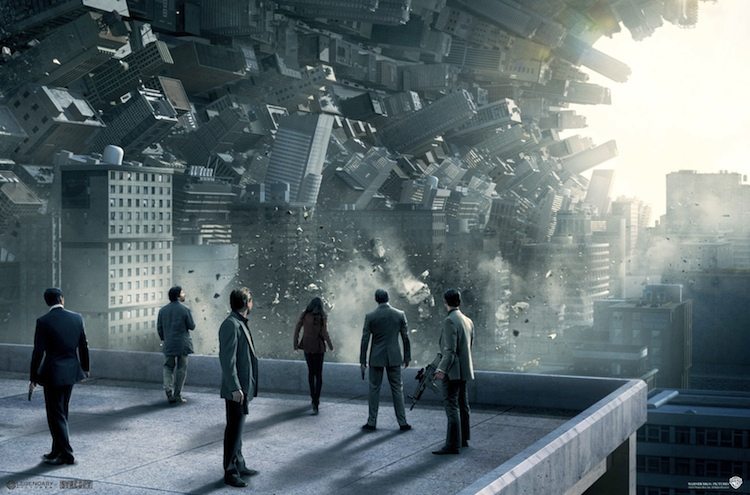 Directed by Christopher Nolan, ‘Inception’ is a mind-bending sci-fi heist drama film that tells the story of Dominick ‘Dom’ Cobb, a thief who steals important secrets by entering other people’s dreams. The nature of Cobb’s work is complicated, and it takes a toll on his personal life. He is offered a high-profile job where he has to implant a dream onto a person’s mind. The job involves dangerous risks, and a small fiasco can destroy all that is left of Cobb’s life. It features some breathtaking scenes mostly filmed in real locations. So we decided to look further into the filming sites, and here’s what we found!

‘Inception’ was filmed in California and Alberta. Apart from these places, it was filmed across different countries, including England, Japan, Morocco, and France. Here are the details about specific filming locations.

The opening scene shows Cobb washed ashore near a Japanese Castle. Even though it resembles Japan, the scene was actually filmed in Abalone Cove Shoreline Park, in Rancho Palos Verdes, Los Angeles. The castle was inspired by Nijo Castle in Kyoto, built in 1603. The scene where a train runs across the streets was filmed at South Spring Street in Downtown Los Angeles. The locomotive was constructed by the production crew and mounted on a truck to shoot the action sequence. 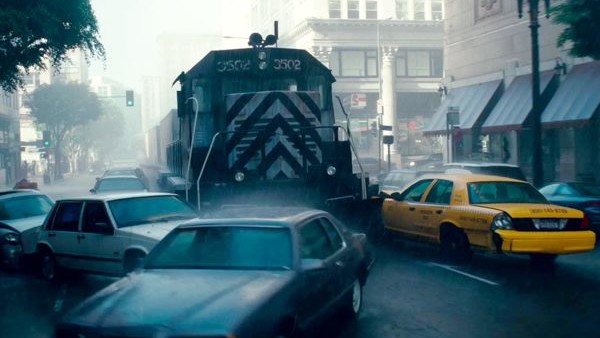 Some of the action scenes were filmed in West 7th Street at Broadway, Los Angeles. The bridge sequence where the car driven by Yusuf turns over was filmed at the Commodore Schuyler F Heim Bridge, which connects the Terminal Island to Long Beach and Wilmington, south of Los Angeles. Certain sequences were also filmed along the walkway near Ahmanson Theatre, on North Hope Street. The John Ferraro Building, which houses the Los Angeles Department of Water and Power, is featured in one scene. California Walnut Growers Building at Mills Street Loft also served as a major filming location.

Some scenes were filmed at Wilshire Boulevard, South Hope Street, and Creative Artists Agency Building in Los Angeles. The warehouse where Cobb and his team hide is located in South Anderson Street. The scene where Mal sits on a window-ledge and asks Cobb to join her was filmed in Chester Williams Building. 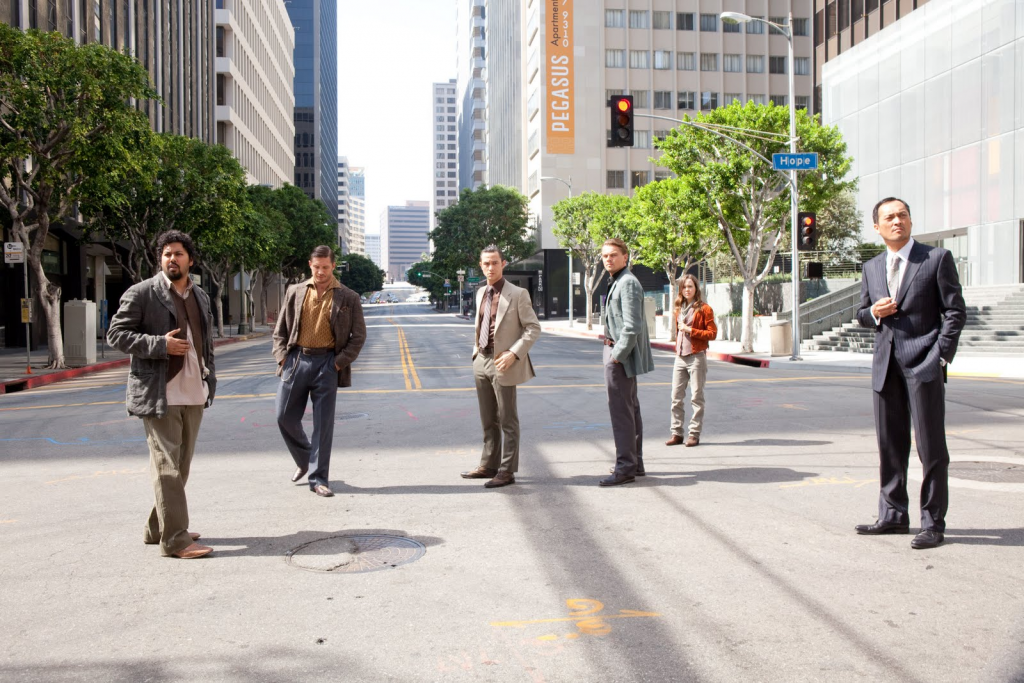 Apart from the on-location filming, certain scenes were also filmed at Stage 16, Warner Brothers Burbank Studios in Burbank, California, and Universal Studios in Universal City, California.
The rocky beach, where Cobb watches his children play in the sand, was filmed at the Leo Carrillo State Beach in Malibu, California. Cobb’s house shown in the film’s ending is located on South Grand Avenue in Pasadena, California. Some scenes of the film were also shot in New York City.

The University College London served as an important filming location for ‘Inception.’ Some scenes featuring Cobb and Miles were filmed in The Gustave Tuck Lecture Theatre and Flaxman Gallery of the University College. Yusuf’s pharmacy was filmed at the Farmiloe Building, in Smithfield, London. Maurice Fischer’s swanky place was shot at one of the heritage rooms of Victoria House in Bloomsbury Square, London. 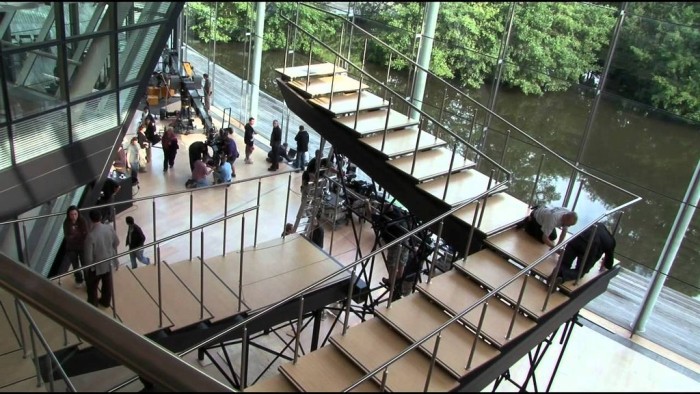 Apart from filming in London, some scenes were filmed in Bedfordshire, England. The hotel where the famous action scene takes place was filmed in a massive studio set constructed at the Cardington Airship sheds in Bedfordshire. The sets could be revolved, and the actors had to practice fancy footwork for the scene. The scene where Arthur explains the Penrose steps to Ariadne was filmed at the lobby of Samsung House in Chertsey, Surrey. 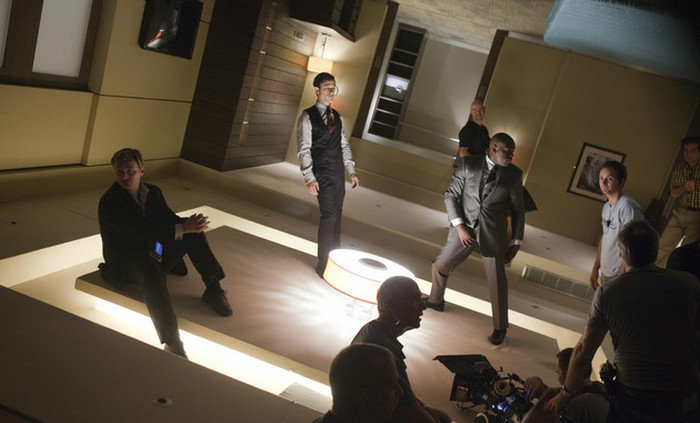 The modern Kyoto airport shown in the film was actually filmed at the Farnborough Airfield, Hampshire, England. The famous Farnborough International Airshow is held at the airfield every alternate year since it began in 1948.

One of the iconic scenes of ‘Inception’ was filmed in Paris, France. It features Cobb and Ariadne sitting at a small café deliberating upon the process of dream extraction. Soon after, the dream world starts unfolding around them. The café is actually an Italian deli named Il Russo situated at Rue César Franck in Paris. Another major location where the film was shot in Paris’ Pont de Bir-Hakeim Bridge. 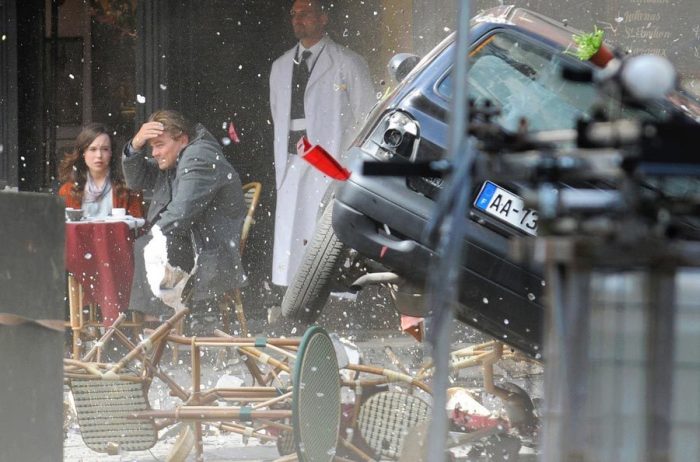 The bridge crosses the Seine River and is near the Eiffel Tower. Films like ‘Last Tango in Paris’ and ‘National Treasure: Book of Secrets’ was filmed at this location. Other locations in Paris where ‘Inception’ was filmed include Avenue du President Kennedy, Passy station and the Palais Galliera, a fashion and fashion history museum.

The climactic scene in the rugged mountain fortress was filmed near Calgary, Alberta. The set was constructed at the Fortress Mountain ski resort at Kananaskis, situated 55 miles west of Calgary. Christopher Nolan filmed some of the scenes of ‘Batman Begins’ at this place. Leonardo DiCaprio returned to the Kananaskis to shoot some sequences of ‘The Revenant.’

The marketplace chase scene in Mombasa was filmed in the Grand Souk located in Tangier, Morocco. The marketplace is a labyrinthine space of vendors showcasing various colorful products ranging from different kinds of goods like spices and assorted food items. Tangier is a Moroccan port city on the Strait of Gibraltar. It has been a strategic gateway between Africa and Europe since historical times. Tangiers doubled as Mombasa, Kenya for several other scenes as well. 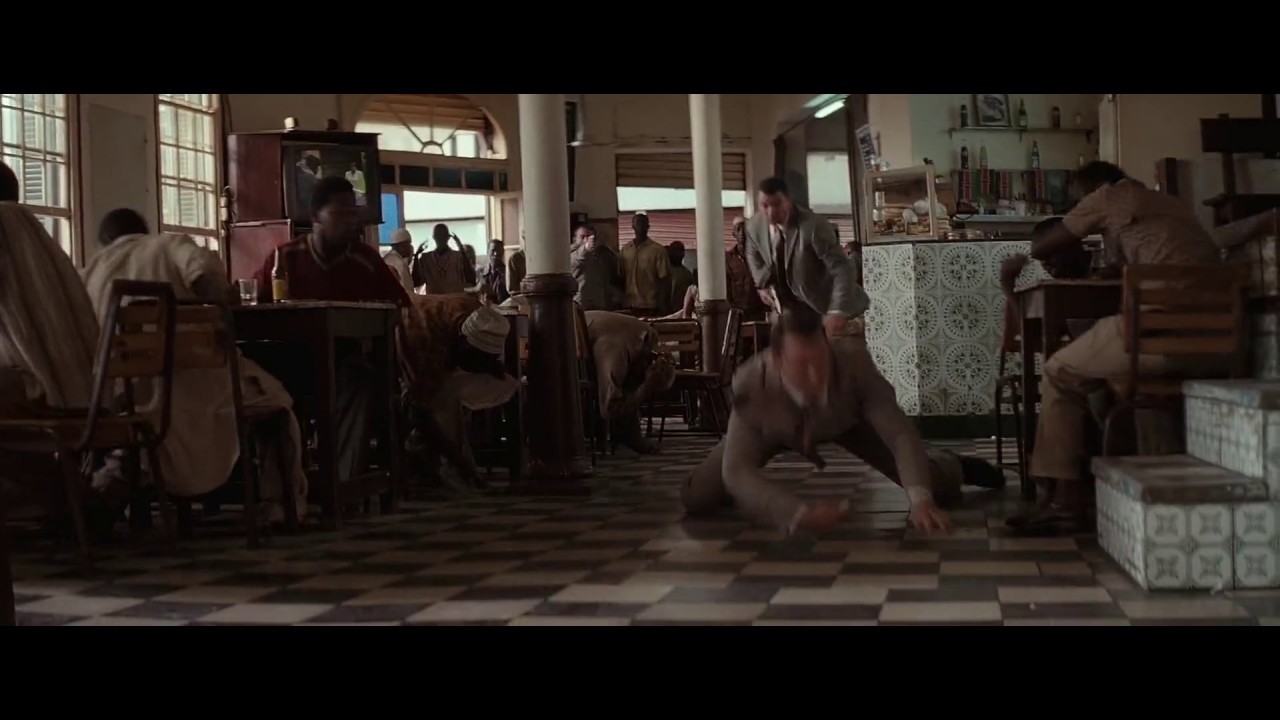 Cobb and his team members wake up on a bullet train after their dream is disrupted. The scene was filmed in Tokyo, Japan, under strict regulations. Other than Tokyo, certain scenes were filmed at Shizuoka, which is home to Mount Fuji, a national symbol of Japan and a UNESCO World Heritage Site. The scene featuring the rooftop heliport was shot in the Ark Mori Building situated in Minato, Tokyo.