Where Was Skylines Filmed? 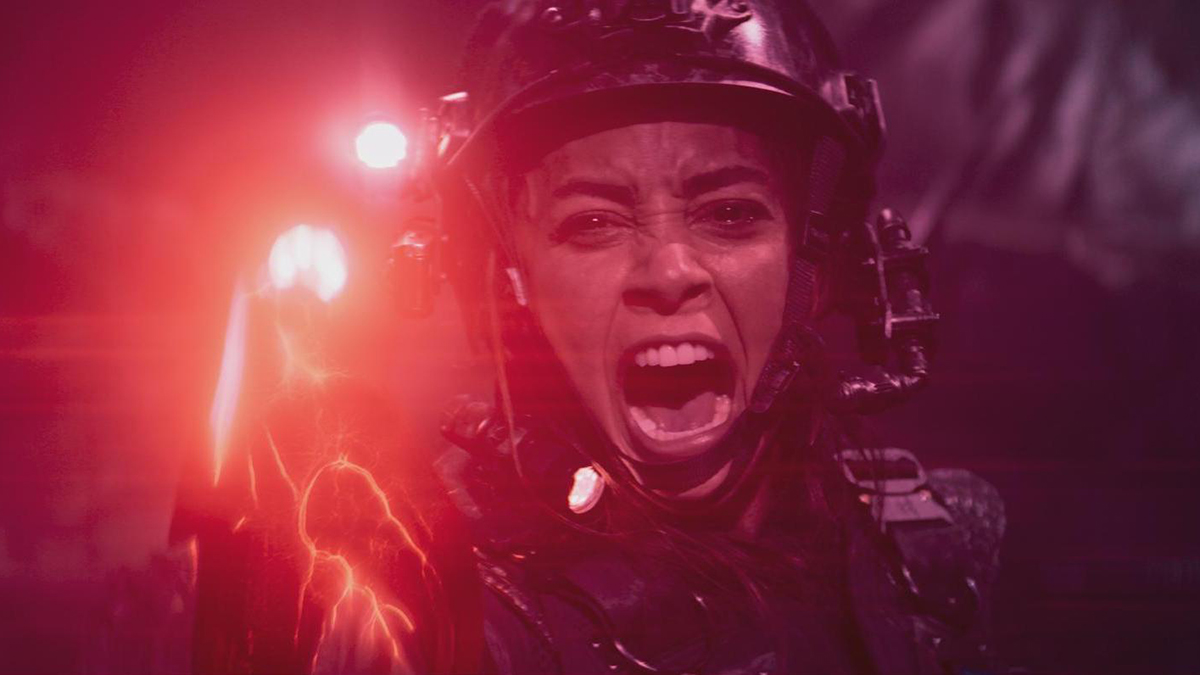 Written, directed, and produced by Liam O’Donnell, ‘Skylines’ (stylistically written as SKYLIN3S) is a science fiction action-adventure film that seeks to explore quintessential questions of human nature and identity through its grand and immensely larger-than-life setting. It is also the third and final entry in the ‘Skyline’ film series, a franchise that has garnered widespread recognition for its aspiring scope and themes despite budgetary constraints.

In ‘Skylines,’ the story is set more than 15 years after the events of the first and second film. The invading Harvesters have been defeated, and a tentative peace exists between the original humans and the Pilots, the biomechanical soldiers with human brains. However, the protagonist, Rose (Lindsey Morgan), learns that a pandemic has broken out among the Pilot population, causing them to revert to their old murderous selves.

Rose subsequently joins her Pilot brother Trent and a select group of experts to travel to the Harvesters’ homeworld, code-named Cobalt-1, to retrieve a powerful piece of alien technology, hoping that it will bring salvation to both subspecies of humanity. The film’s setting shifts back and forth between a dystopic London and starkly blue Cobalt-1. A portion of the film is also set in space. If you are wondering where such an ambitious yet economical movie was filmed, here is what you need to know!

Like the previous two films, O’Donnell initially set ‘Skylines’ in Los Angeles, California. But when a British production house joined the project, O’Donnell rewrote the script to base the film partially in London, England. The director and his Director of Photography – French cinematographer Alain Duplantier, shot the film in Vilnius, Lithuania, and a studio in London. Principal photography in Lithuania took place between May and July 2019.

Vilnius, the Lithuanian capital and the country’s largest city, has a long history of art, culture, and tradition. Over the years, it has become a popular spot for film tourism. Projects like ‘Chernobyl,’ ‘Catherine the Great,’ and ‘War & Peace’ were also shot there. ‘Skylines’ production crew filmed some of the exterior scenes in and around the picturesque Baltic city.

In the Instagram post below, Morgan shared a photo from the set of the film. Considering that there is a tent in the picture, this was likely taken while the cast and crew filmed the scenes involving the tent village near London. According to O’Donnell, the production built the space ship sets and the alien planet of Cobalt-1 on the stages in a local studio in Vilnius. They used the backlot to create the tent city. 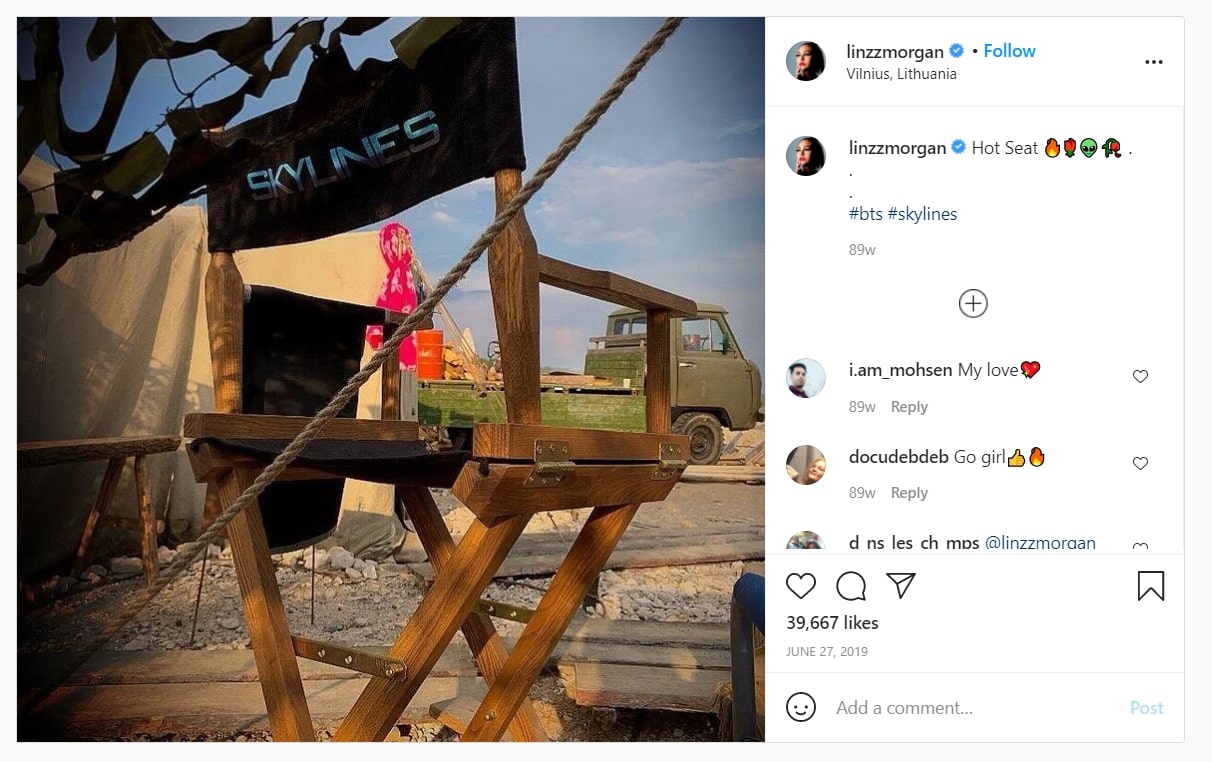 The exterior shots of the bunker where Rose meets General Radford (Alexander Siddig) were shot outside a real-life bunker built by the Soviets during the Cold War. O’Donnell was averse to the idea of shooting any interior scenes in the bunker, as the air felt too chilly and “existentially heavy.” The crew used a warehouse to film scenes set inside Radford’s bunker and Dr. Mal’s (Rhona Mitra) lab.

London-based Lithuanian actress Ieva Andrejevaite, who portrays Alexi in the film, took to her Instagram account, on July 22, 2019, to announce that the production has wrapped up. The photo features Andrejevaite along with director O’Donnell and her fellow cast members. 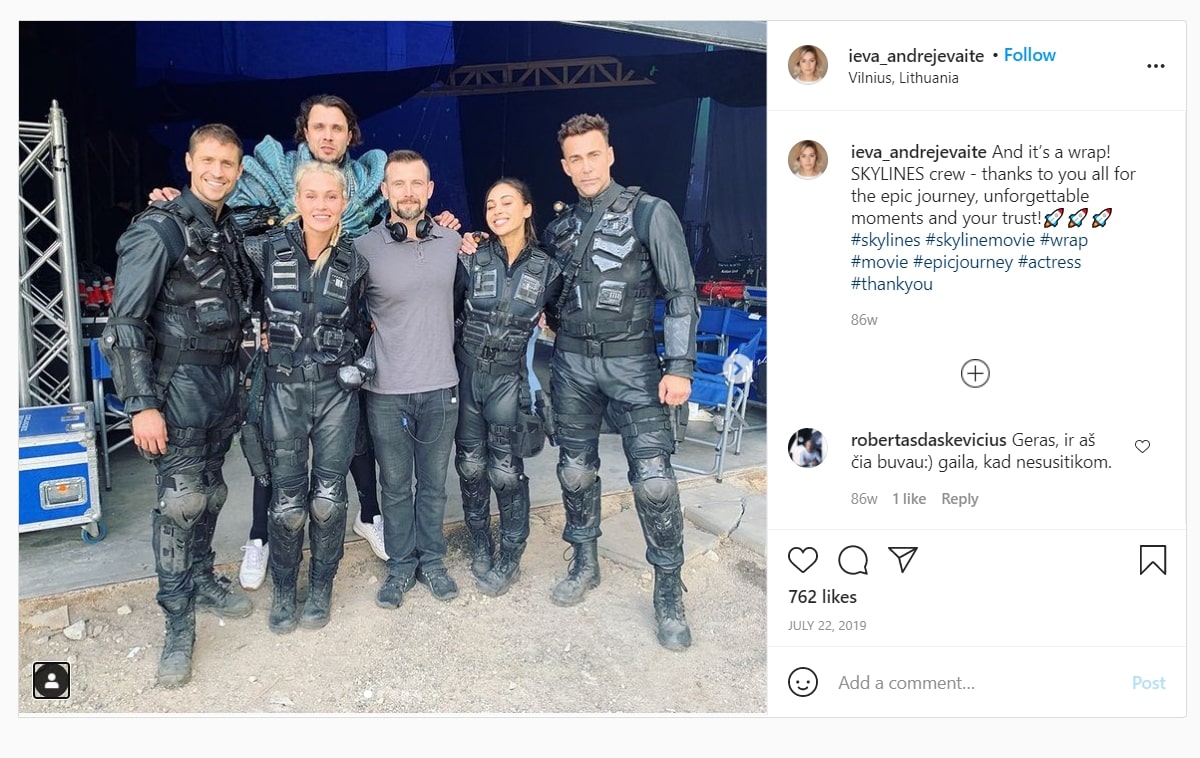 The production team used a studio in London, England, to shoot some of the interior scenes. Filming in London is a relatively expensive affair, but since ‘Skylines’ is a British co-production, O’Donnell and his crew, fortunately, had access to a studio.