Where Was The Marksman Filmed? 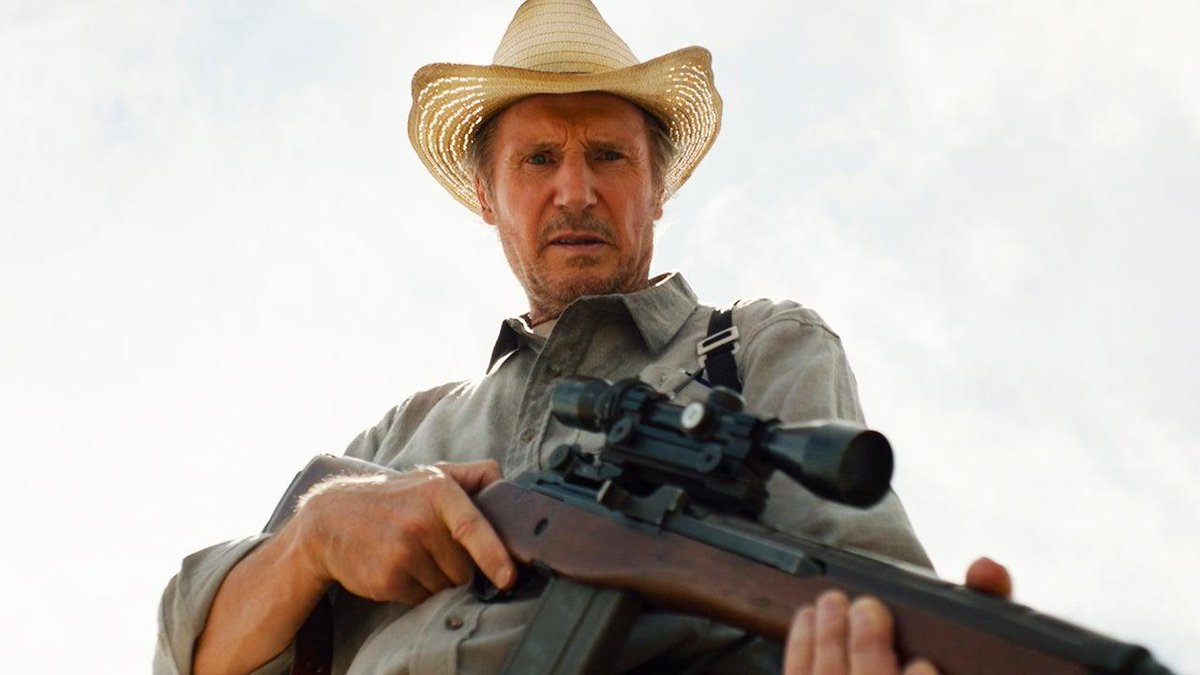 ‘The Marksman’ is a 2021 action thriller film directed by Robert Lorenz. The film boasts of a diverse cast with Liam Neeson in the lead playing the character of Jim Hanson. The plot of the film revolves around a rancher and former Marine residing in an Arizona border town. He is burdened with the unusual responsibility of delivering a young boy (Jacob Perez) safely to his family while escaping the clutches of a Mexican drug cartel. It takes the audience on a ride through deserts and country roads dotted with several action-packed scenes. We were intrigued by the places the film was shot in, and here’s what we could find out about the locations.

The project, originally titled ‘The Minuteman,’ wrapped filming in October 2019, having shot scenes majorly in Cleveland, Ohio, and New Mexico. The production of the film relied heavily on local talent recruiting 90 New Mexico crew members, 15 New Mexico actors, and 150 local background actors. Here are the details of the sites shown in the film.

A few scenes from the movie were shot at the Eastwood Motel in the Franklin Township near Shalersville. The crew stationed their campers and shuttles across the street from the motel while yellow signs with arrows marked “MM” pointed towards the motel.

The cast and crew of ‘The Marksman’ occupied the lanes of the Lorain County Wellington community, where stores named Farm & Home Hardware and Wellington Music were transformed into the specific stores shown in the movie. The latter, which is typically known to be filled with guitars, was donned with weapons and ammunition just for the film, which was filming under the title ‘The Minuteman,’ at the time. Both the stores remain operational to this day. 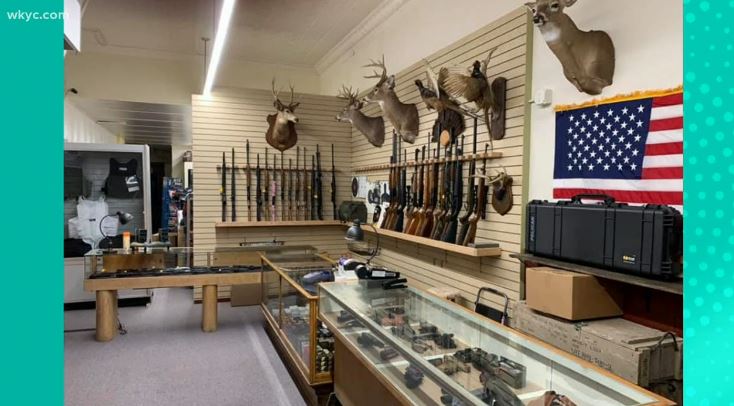 A diner scene from the film was shot at Charlie’s Dog House Diner in Cleveland. The restaurant is currently in business and offers a takeout option. Here’s an on-location picture of Juan Pablo Raba (Maurico) and Liam Neeson (Jim Hanson) posing for the camera in between takes. 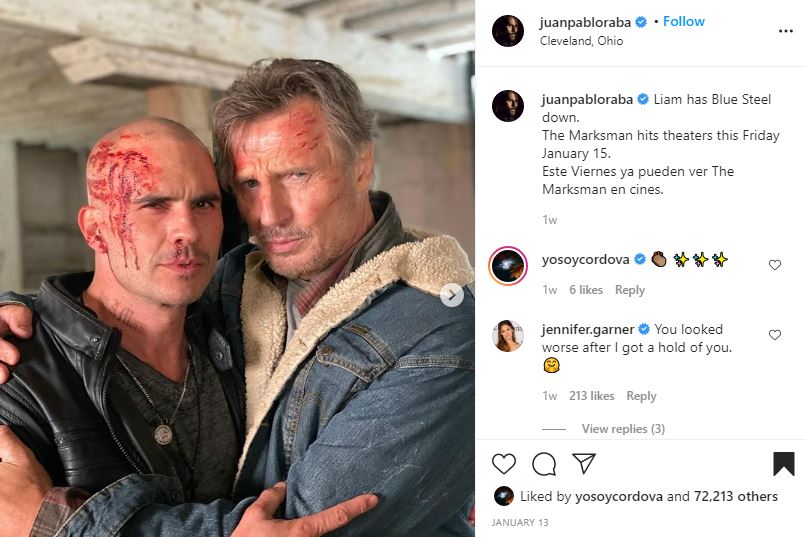 The very last scene of the movie seems to have been shot in Cleveland as well, where the Gordon Square Arts District on W. 65th St. was used to portray Capitol Theatre in Chicago. 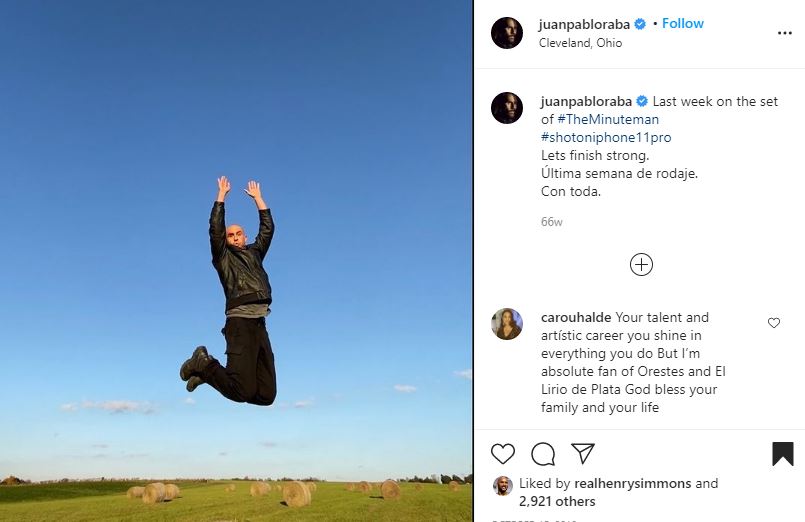 Yet another store scene of the movie was shot in Chardon, the county seat of Geauga County. This location was also used in the 2017 film ‘Maple Harvest.’

The mechanic scene shown in the movie was shot in Parma, in Cuyahoga County. Located on the southern edge of Cleveland, the city has previously served as a filming site for notable films like ‘The Avengers’ (2012) and ‘Immortal Combat: The Code’ (2019).

Several scenes of the movie take place at various locations in New Mexico, and Albuquerque is the most prominent of them. Going by Instagram posts of Juan Pablo Raba, who plays the role of Maurico in the film, the backdrop of the desert and the highway running through it was used for the film. 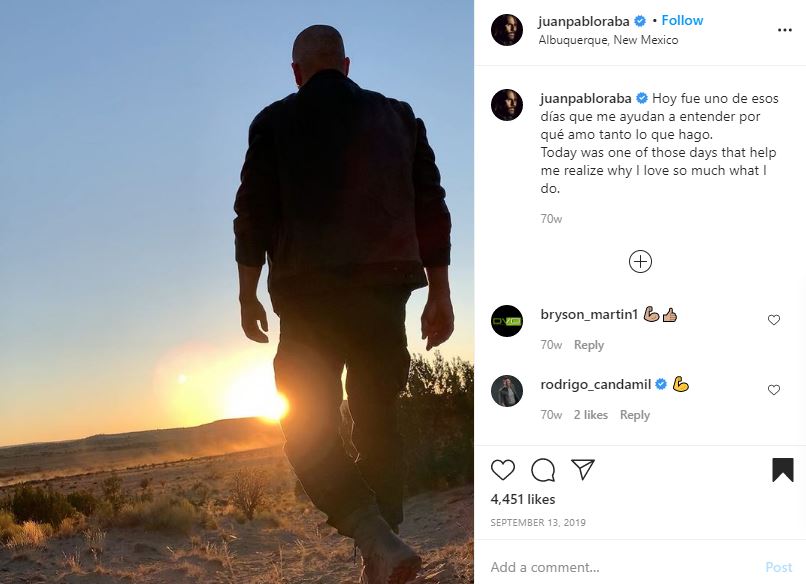 Other locations from New Mexico that can be seen in the film are To’Hajiilee, Belen, Rio Rancho, and the Jemez Pueblo. Katheryn Winnick, who essays the character of Sarah in the film, shared a beautiful picture on her Instagram, featuring her striking a Yoga pose in the middle of the desert. 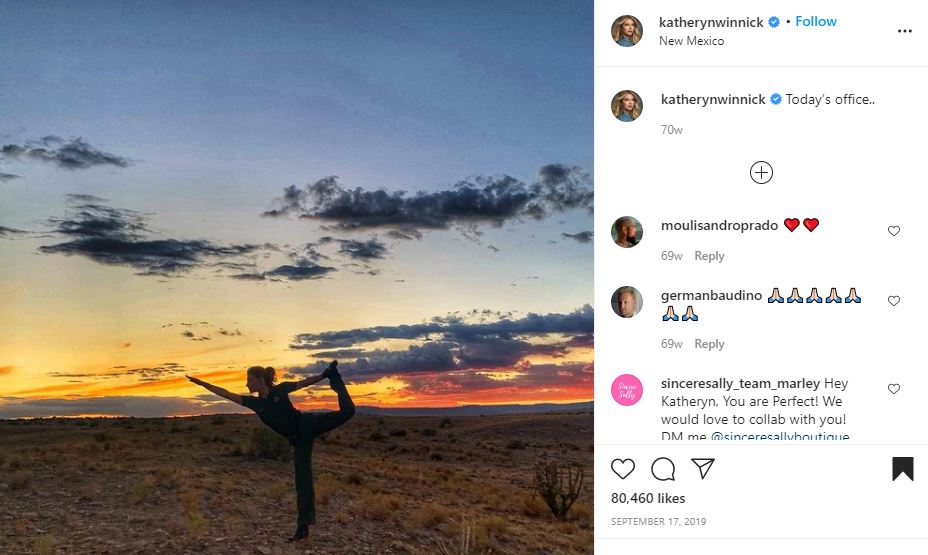 Read More: Is The Marksman a True Story?