Where Was The Thundermans Filmed?

Developed by Jed Spingarn, ‘The Thundermans’ is an amply fun non-comic book superhero sitcom series from the house of Nickelodeon. It follows the titular family of six who lives pretty ordinary lives in their suburban home in the township of Hiddenville. However, they are endowed with extraordinary superpowers. While daughter Phoebe wants to hone her powers and be a superhero, her brother Max dreams of becoming the most fabulous supervillain on the planet. Packed with a dynamic cast ensemble, the series evokes laughter through tricky situations and occasional goofs.

Following its original release in October 2013, the show spawned four seasons while garnering overwhelming fan ratings. The lukewarm critical reception did not mar the audience’s enthusiasm around the show. After retiring from the superhero chore, the family moves from big-city Metroburg to suburban Hiddenville. Naturally, you may be wondering whether Hiddenville is a real community? If not, where was the show filmed? In that case, let us embark upon a detailed investigation.

‘The Thundermans’ was filmed in its entirety in the US, especially in California. The pilot of the show was filmed in October 2012. Filming for the first season commenced in February 2013 and was wrapped up sometime after that. Most of the story unfolds in the idyllic community of Hiddenville, which, needless to say, is a fictional location. 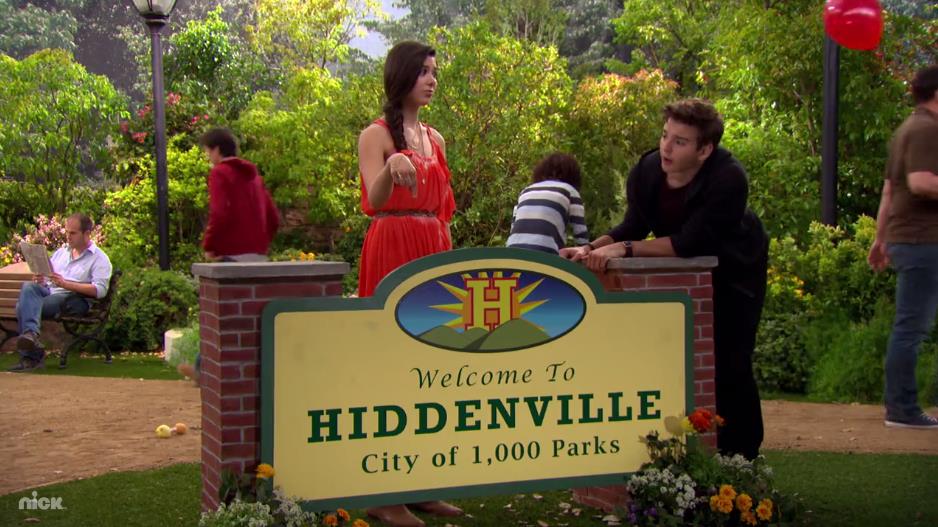 The production team chose to film the bulk of the series in California. Due to its diverse landscapes, California can double as almost any region of the country. Moreover, the lucrative tax credit program promoted by the state government does enough to lure cinematic productions into the area. The availability of gorgeous production facilities and skilled labor also ease output to a great extent. Let us now take you to the specific locations where the show was filmed!

The entirety of the series was filmed in and around Los Angeles, a coastal metropolis in the state and a city directly tied to the history of cinema as such. The movie production district of Hollywood takes over a vast number of productions every year. The filming of ‘The Thundermans’ took place predominantly in the Paramount Studios, a historically pertinent studio facility located at 5555 Melrose Avenue in the heart of LA’s Hollywood district.

The production team extensively used Stage 25 to build the set for the show. Coincidentally, this is the stage where parts of two spin-offs of ‘I Love Lucy’ – namely ‘The Lucy Show’ and ‘Here’s Lucy’ – were also filmed. Spanning across 65 acres of land, this is the oldest motion picture studio in the City of Angels that is still operative.